It’s amazing what a slight shift in the views of society can do, and while many of the older generations are still puffing away on joints, bongs, and cigarettes, most new consumers are seeking healthier alternatives. This change can likely be attributed to the increase in awareness as research and clinical studies that have been released to warn us of the potential dangers that may lurk behind inhaling smoking of any kind into your lungs.

Bongs have long been the most used devices for smoking weed on the market, and consumers for the longest time made that choice based on the information that was available. When cannabis first became a hot product on the illegal market, the majority of users would utilize any means necessary to ingest it, often tearing pages from an old book or using newspaper. This choice was, unfortunately, quite damaging to many of the participant’s health, and that realization forced the shift towards using cannabis and glass.

The introduction of bongs to the market

The trouble was that, despite knowing the potential health hazards, few places were willing to take the risk of being targeted just to sell paraphernalia, but as time went on, and the people began to push for a change in legislation, head shops and variety stores began carrying the elusive devices. The bong was long viewed as the healthiest choice with no chemicals, like those found commonly in cigarette rolling papers, and no leaching of elements as it warms up. At a time when smoking weed was still widely frowned upon, this significant enhancement of the experience arrived with a warm welcome, but we still had so much further to go in the grand scheme of things.

The next evolution of smoking weed

Many enthusiasts will never change their minds about their favorite ways of smoking cannabis, as old habits die hard, and there will always be a level of comfort that comes along with familiarity, but some of the youngest generations of users are making history by demanding new, exotic, highly concentrated and pure products that allow for healthier methods of ingestion including dabbing, vaping, topicals and edibles.

1. Vaping
The vaporizer has aided in the result of thousands of people to quit smoking cigarettes and weed, though the science behind how much healthier they might be is lacking. One thing is for certain, and it is that vaping offers a unique workaround to avoid some of the most common carcinogen producing ingredients, by superheating the buds or concentrates to the point that the cannabinoids and terpenes are turned into vapor rather than smoke.

2. Dabbing
Dab rigs have been around for decades, but only recently became a popular method of ingestion. Though just like a vaporizer, a thick cloud full of cannabinoids is delivered to the user, the trouble is that if the person using the device uses temperatures that are too high, it will still burn the product inside. This is an option most often selected by cannabis connoisseurs who want to ditch their bongs for a tastier option that might also offer a healthier advantage, and it is gaining in popularity among medical patients and the most experienced consumers who seek the most intense high.

2. Topicals
A lot of people read about cannabis-infused creams, balms, or lotions and hope that there is a way to utilize these option that might replace smoking weed. Unfortunately, the human body is equipped with a natural barrier that doesn’t allow for much of the cannabinoids to make it into the bloodstream, so these products will not induce an intense sense of euphoria. Despite that, many medicinal patients are choosing topicals over their bong to avoid the adverse effects of smoking and directly treating problem areas without the high.

3. Edibles
Marijuana edibles are quickly becoming one of the most popular delivery methods for cannabinoids, and users everywhere are trading in their bongs and weed pipes for high tech butter machines and rosin presses that can quickly and effectively turn any dish into a cannabis-infused treat. This method avoids smoke and all other harmful chemicals and additives, while also providing a more intense experience than smoking weed ever could.

If, after reading this, you still feel that this change could never be for you, that’s ok. As of right now, there is zero evidence to insinuate a correlation between cancer and smoking weed, but if you are interested in seeking a healthier alternative, then you might want to try one of these options out for yourself. You will never know until you try the experience and see the results for yourself. 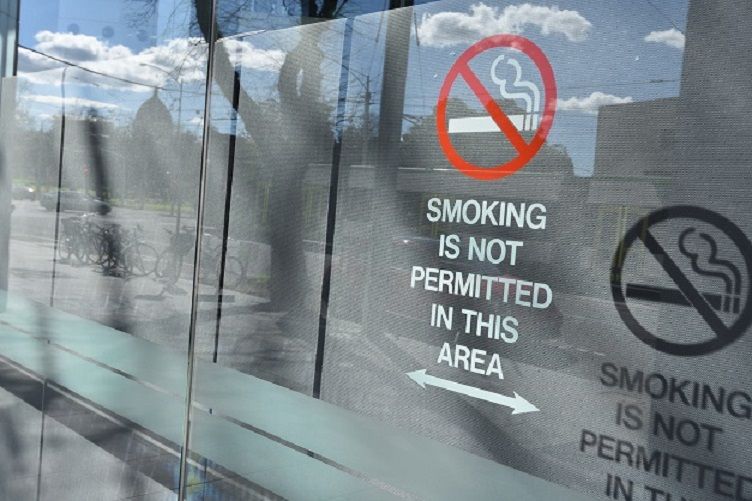 Places to avoid when smoking and alternative methods of consumption

The problem with smoking is that it is a method of ingestion that is difficult to contain and the smell and smoke can travel for a fair distance... ...