Cannabis vs other drugs

For many years, marijuana use has faced criticism based on sheer ignorance, hence the reason it is so important to understand the difference between cannabis and other mind-altering substances. This guide is meant to break down some of the essential variants between the most commonly used drugs, including both legal and illicit elements, which can help you to understand why cannabis isn’t truly comparable to any other alternatives that are in existence today.

Caffeine is very rarely considered to be a drug, but it provides consumers with a benefit that can be influential on both the body and mind. Though its effects are relatively mild, caffeine will speed up your heart rate and boost your energy levels, with a dramatic crash as the drug wears off.  It is also highly addictive, inhibits appetite and can have adverse consequences on heart health and quality of sleep.

Cannabis products, on the other hand, slightly increase heart rate, while regulating many other typical bodily functions. As it wears off, there are no headaches, and you are nearly guaranteed to end up with a good case of the munchies as it stimulates the appetite. Though marijuana use can be addictive, it is less intense than caffeine.

Alcohol is one of the most widely known and legal drugs on the market today. It’s making, and consumption is highly regulated, and those restrictions have significantly influenced the rollout of the cannabis industry as we know it today. This drug is infamous for its ability to heavily influence a person’s perception, motor function, and in some cases, it even makes consumers more violent and belligerent.

Cannabis consumption is entirely different, as one of the few stoner stereotypes that hold true is, ingesting this element induces an overwhelming sense of calm and relaxation, that is more suited to sleep than throwing fists. Though marijuana’s effects can also interfere with motor function, it is with nowhere near the same intensity as alcohol.

Opiates are a hot topic of 2019, as their introduction and overuse have led to an epidemic of staggering proportions. These drugs are derived from the opium poppy plant and processed into codeine, fentanyl, oxycodone, morphine and many other drugs that all have high recreational consumption rates. Though it might appear that this element is naturally derived like those from marijuana and alcohol, taking these drugs long term can have dire consequences. Opiates can be useful for treating mild to moderate pain symptoms over a short period of time, but they can lead to excessive drowsiness, constipation, nausea, vomiting, addiction, irritability, muscle pain, anxiety and irritability.

Marijuana is often prescribed to treat many of the adverse side effects that come with long term opioid use including pain, anxiety, nausea, depression and vomiting, and comes with little to no adverse health impacts. Though smoking can be irritating on the lungs, the use of the cannabinoid CBD can actually help to treat inflammation, pain, mood disorders, neurological pain, cancer and many other conditions that opioids are so often prescribed for, or cause. The marijuana-derived cannabinoid CBD is also showing great promise to treat addiction, making these two drugs polar opposites when compared.

Cannabis vs other prescription medications

Though opiates are commonly referred to in the media, there are other pharmaceutical substances that are used and abused almost as much. Muscle relaxers, ADHD medication and “speed” pills are some of the most popular recreational drug choices, which wreak havoc on the human body over time. Some of them rewire the brain to require the substance in order to feel normal, and others simply have hazardous risks that are associated with them. Things like loss of motor function, inability to make decisions and a decrease in mood are all common side effects from other prescriptions medications that are chronically abused.

There is absolutely no denying that pharmaceutical medications and some other natural derived psychedelics hold value as medicines in specific situations. However, none of the recreational alternatives to cannabis is as safe or effective when taken long term. Marijuana research may still be lacking, but thus far, the evidence shows that it is the safest, most enjoyable, and only completely non-toxic drug that is consumed for recreational purposes today. This makes it the ideal option for those who are looking to relax while also benefiting anyone who might require relief from uncomfortable medical conditions. Despite its somewhat jaded history, cannabis, or more specifically, marijuana cannabinoids are quickly proving to be one of the most useful of any other recreational drug that we know of today. 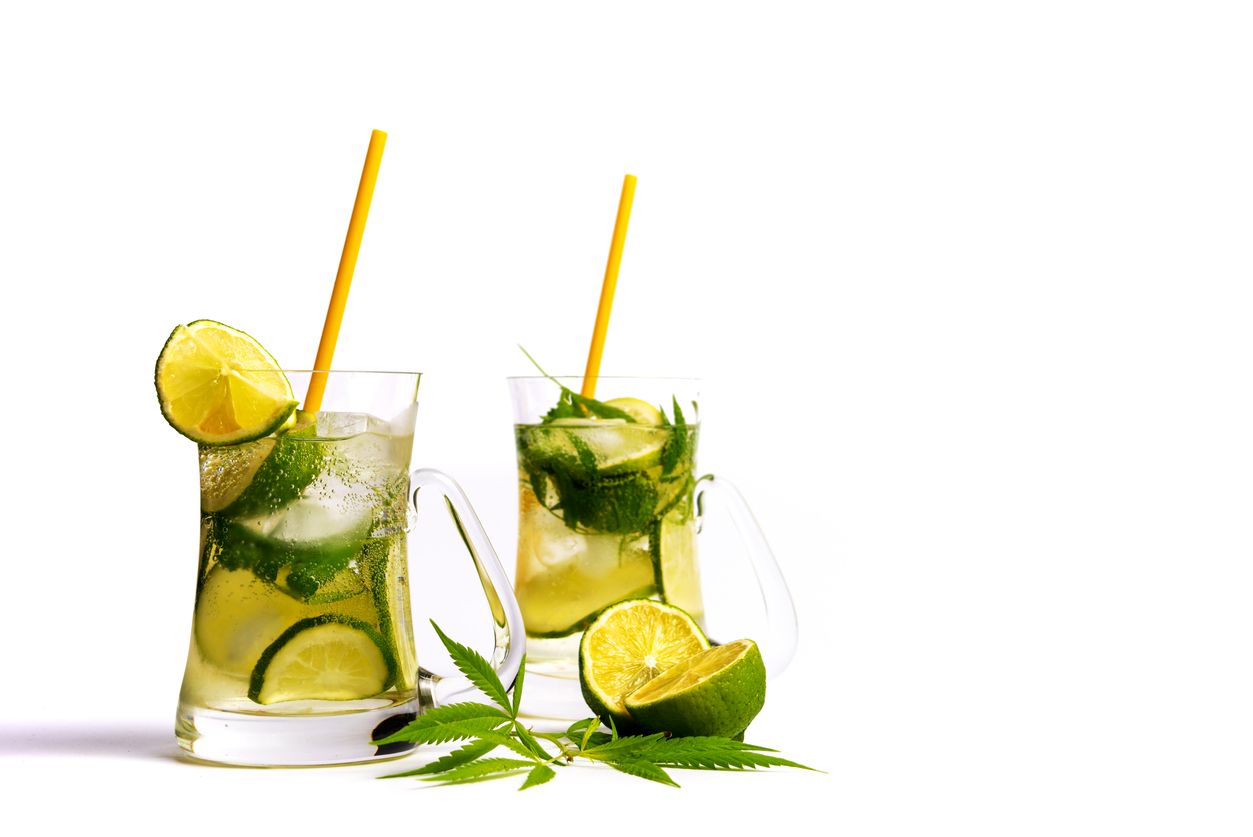 Alcohol and weed strain match ups (not including beer)

Mixing alcohol and marijuana needs to be done with care. Some enjoy the combination of a tingly body while being intoxicated with alcohol....