The Trailer Park Boys cast is at it again with a brand-new project planned for late November. The Canadian group rose to stardom through a story about a bunch of drinking potheads that live in an old and run-down trailer park, selling and growing marijuana while experiencing some pretty incredible adventures that are incredibly far fetched and yet somehow still relatable.

The hilarious crew has been a staple in stoner comedy and educational cannabis videos for nearly a decade, and while fans might have thought they had retired with little to no news hitting the media, it appears that they aren’t quite finished putting on a show for their adoring fans just yet. They’ve recently announced some exciting plans and dates for a scheduled stop in the heart of Southwestern Ontario to host A Sunnyvale Christmas, which has already surpassed expectations in ticket sales. If you want to check them out, then you’d better make sure to get your tickets soon before they are sold out.

The Trailer Park Boys cast is huge and includes Bubbles (Mike Smith), Julian (John Paul Tremblay), Ricky (Robb Wells), Jim Lahey (John Dunsworth), Randy (Patrick Roach), Lucy (Lucy Decoutere) and friends, but the highlights that will be present for ‘A Sunnyvale Christmas’ is a bit shorter, since the unfortunate passing of John Dunsworth. Lahey is a character that holds a spot in many Canadian hearts, so it was decided that his character would not be replaced, and instead keep the original cast members.

What to expect from A Sunnyvale Christmas

Die-hard stoners who wish to attend this one-time event can look forward to a holiday-themed story full of heart, as the Trailer Park boys try to decide amongst themselves which one truly knows the meaning of Christmas. This stand-up comedy offers a unique Christmas extravaganza that promises an entire night full of beer drinking, pot-smoking and barrels of laughs throughout.

The best Christmas stoner comedy this year is set to take place come rain or shine at an indoor venue called Centennial Hall that is located at 550 Wellington Street in London, Ontario.

This one-time event offers a truly one of a kind experiences, as the doors open at 7 pm on Saturday, November 30th, and it won’t happen again anytime soon. While there is some rumor behind the idea spreading, we won’t know for certain until those details are announced.

Luckily, there is a wide range of tickets prices available that can fit into almost any already strained budget. To buy a ticket for a Sunnyvale Christmas, interested visitors must choose between three different seating options including:

Where to buy tickets for a Sunnyvale Christmas

If you want to check out the Trailer Park Boys cast and partake in a bit of holiday spirit through laughs, beer and weed, then you need to head on over to www.eventbrite.ca before they’re all gone. Don’t let this opportunity pass you by, as it might be the last time that the boys suit up in Christmas gear to entertain loyal fans. 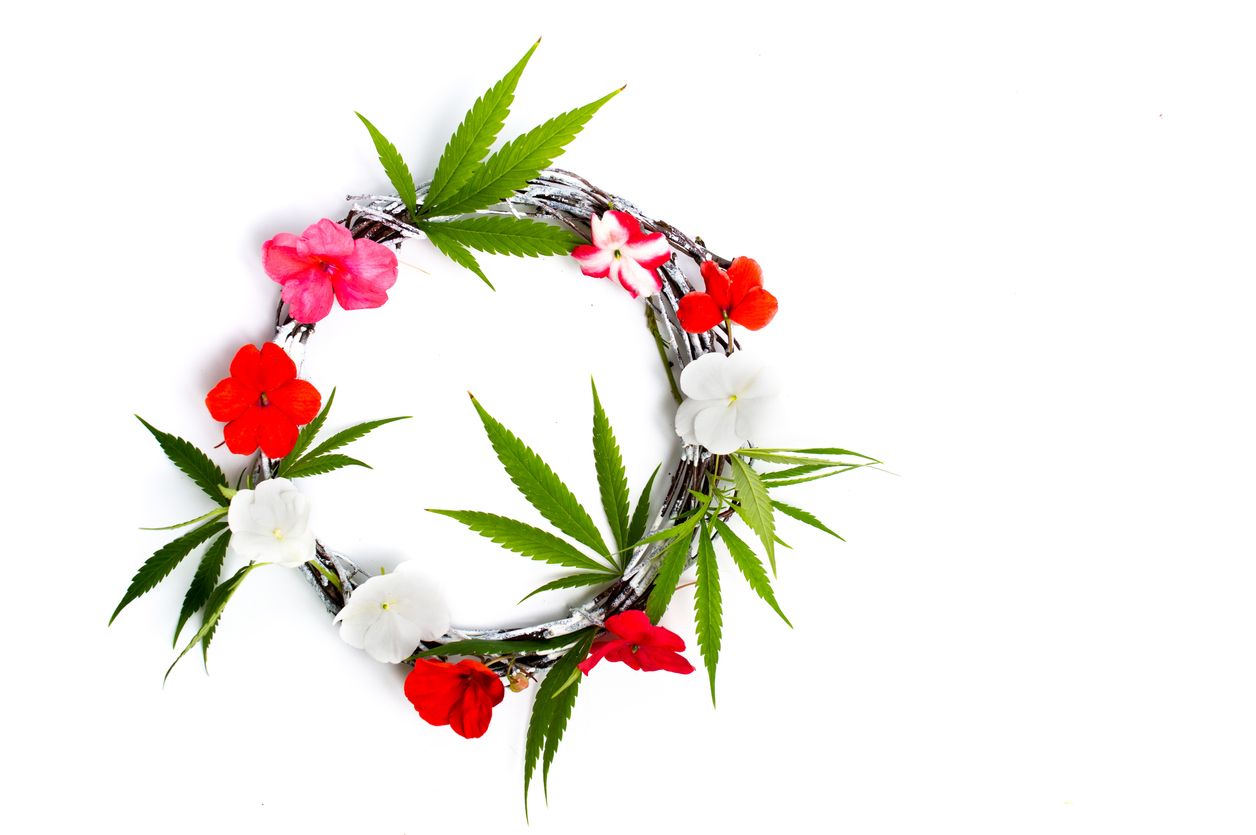 How to make a cannabis wreath for Christmas

Some Christmas decorating ideas just scream cannabis enthusiast, and this one does so perfectly while framing the beauty of the simple shape of the pot leaf....