In Canada, there has long been a presence of black-market dispensary locations whose numbers nearly tripled during the last year leading up to legalization. Despite pressure from the federal government to close doors in exchange for the prospect of a chance in the legal industry, the customers kept flowing, and budtenders continued to dole out cannabis goods. Various measures have been attempted to keep these illicit locations from reopening, but actions remained futile, as shuttered and caution taped doors would be cleared and with full shelves of restored products that were confiscated, often by the very next morning.

Canadians have held a more progressive view on cannabis for many years, and the presence of such a bold and illegal industry is merely confirmation of high demand. While this might not initially sound like a big deal, especially if you are a consumer who is frequent at the black-market establishments, there is a risk when such potent products are mislabeled and sold to customers unknowingly. Aside from the obvious health concerns, illicit dispensaries also do not pay taxes, which makes their presence a threat to both the general population as well as the legal industry.

The Canadian government remains hesitant about the release of edibles and other more highly concentrated cannabis products, but their fears are quickly cast aside once the projected figures and other statistics are noted. Canada’s legal cannabis dispensaries have been open for more than a year now, but the options available remain low and uninviting, particularly for the more experienced consumers who have grown fond of the selection that is available on the black market.

Now that edibles are legal to sell in Canada, the hope is that customers who have been buying their cannabis products from unlicensed dispensaries will eventually make the switch to a more reliable and strictly regulated, higher quality option. Since it is believed that the majority of illegal sales are at least in part due to these enticing, more potent products; this shift alone should reduce the volume of customers visiting black market dispensaries.

It’s difficult to say what the future will bring, especially with the strict rules surrounding legal edibles, topicals and concentrates that will be allowed in dispensaries across the country. Right now, the industry is young, and the competing companies will need to figure out how to entice customers without adding sugars or colors to their goods, without advertising, and all while offering bare minimum amounts of THC that max out at 10mg per package.

To the unknowing or inexperienced, 10mg is an arbitrary number that means very little, but for those who have been dappling in homemade or black-market edibles, 10mg is a beginner’s dose at most. For comparison, the average marijuana joint contains around 5mg of THC, which means that each edible can contain a maximum potency that is the equivalent of two joints that are filled with pure bud flowers. Concentrates like shatter, hash, vape oil and tinctures from black market dispensaries offer a much more appealing range that averages between 40mg and 1000mg.

For those who feel that 10mg of THC is sufficient for them to have an ideal cannabis experience, there are other aspects of the situation to consider, and one of the most quoted is price. Black market dispensaries do not pay federal or provincial taxes, and neither do most of their suppliers and producers. That alone means a massive saving that is easy to pass along to customers, which keeps them out of legal dispensaries.

While legal edibles have yet to make an appearance to know or compare price, bud flowers from the average black-market dispensary in Canada cost nearly half of a similar strain from a legal dispensary. For many Canadians who are already living paycheck to paycheck, while enduring the high costs of living excessively rising, the choice between the legal and illegal product isn’t a difficult one to make.

Who will benefit most from the release of edibles?

Most recreational consumers aren’t going to be convinced to make the switch by the introduction of edibles, but there is a specific portion of the market that is expected to shift, and it consists mostly of medical patients. These users are often concerned about the potential of contaminants or mislabeled products that could result in an uncomfortably high or no relief at all.

So, while your average consumer probably isn’t going to head to a legal dispensary once edibles hit store shelves, there is a significant section of the population who will benefit and willingly pay for the privilege of doing so. Now the only question is whether or not the total number of customers will be enough to help close the doors of some of Canada’s black-market dispensaries. 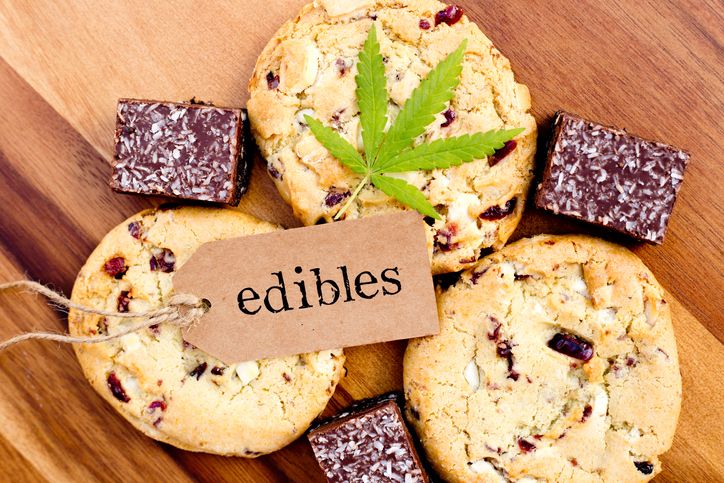 The ultimate guide to cannabis edibles

Here, we will cover everything that you need to know about edibles, including some essential tips and tricks to ensure a safe and enjoyable experience....