Legalization of marijuana has caused an urge for more information on the therapeutic properties of cannabinoids. Marijuana is derived from the flowers of the cannabis plant, where many of the chemical component cannabinoids, can be found. THC and CBD are two of the main cannabinoids. THC is the main psychoactive compound found in marijuana that can cause mind-altering effects. There are cannabinoid receptors in areas of the brain that are for thinking and memory, and THC can stimulate these receptors and cause them to react to different things.

According to the National Institute on Drug Abuse, THC acts in a similar manner to the endocannabinoids produced naturally by the body.  This cannabinoid was first synthesized by Raphael Mechoula, an Israeli chemist in 1964. This is the landmark of cannabis research. Since then, more research has been done on cannabis leading to the discovery of many more cannabinoids. There is much more research needed on cannabis so that we can understand the effects of THC and other cannabinoids more and the possibility of treatment for health issues.

Based on the data from the North American Industrial Hemp Council, the hemp plant has a low concentration of THC, and its THC content can be as low as 0.3%.

The most common form of cannabis consumption is smoking. THC in marijuana is not intoxicating, and the effects of the cannabinoid will not arise. In its raw form, it is called THCA, and after heat is applied to THC in marijuana, the THCA is converted to THC. In this form, THC is intoxicating and operative.

The THC component found in marijuana is important because along with terpenes, it is responsible for the potency of the marijuana.

Unlike THC, CBD is non-psychoactive. It is one of the many cannabinoids found in marijuana and can counteract the ‘high’ caused by THC. THC and CBD have different effects on the body due to their atomic structure and interaction with the cannabinoid receptors in the brain.

Generally, people smoke marijuana to get the ‘high’ feeling, which is linked to THC. Therefore, THC can be consumed by smoking or vaping marijuana.

Many people find a high THC content in marijuana to be pleasurable. These are recreational users of marijuana. The ‘high’ that is caused by THC is really the driving factor for their use of marijuana. The psychoactive effects of THC may be a side effect but are beneficial to smokers. The psychoactive effects of THC allow some people to reach new dimensions, and some people believe the high causes relaxation and creativity.

THC has similar benefits as CBD. THC found in marijuana has been used for medical and recreational use for many years. THC can be synthesised or extracted from the marijuana plant. The drug called Dronabinol that has been approved by the FDA is made from synthetic THC.

The small dosage of THC can cause an improvement in the memory based on a 2016 study that was conducted on mice.

Findings of a recent study show that THC, active ingredient in marijuana is responsible for many of the therapeutic benefits of marijuana. Data from over 3000 people were collected. These participants had consumed marijuana for medical purposes. They had used a smartphone app to record their marijuana use. The study found that higher levels of THC were associated with relief from symptoms. However, this study may not be a generalization of the wider public because researchers confirmed that it had limitations. Some of these limitations are the self-reported data, and there was no control group that didn’t use cannabis.

THC has many medical benefits. Some conditions that can be treated by THC are PTSD, nausea, insomnia, migraine and sleep disorder. A few studies show that THC has the potential to grow new cells because it is a stimulant. THC stimulates the growth of new cells in the brain. THC also provides relief from pain and inflammation because it is anti-inflammatory. Also, THC, along with CBD can promote sleep.

Although, research on THC is limited due to the early stage and legalization issues in the United States, hopefully, more research will be conducted on the medical benefits of THC as legalization spreads to more countries.

Side Effects of THC

A.J. Fabrizio, a marijuana expert at Terra Tech Corp, stated that side effects of THC usually include anxiety, elation, short-term memory loss, among others. He also stated that a study in the British Journal of Pharmacology confirmed that the presence of other cannabinoids could reduce the negative side effects of THC. Based on information from the National Institute on Drug Abuse, THC has the potential to cause symptoms of schizophrenia to reappear.

2. THC can cause an impairment of a person’s capability to drive. This impairment of driving can last for about 3 hours. The effects of THC may last longer in the body, depending on the method of consumption. Marijuana is the second common type of psychoactive drug found in impaired drivers. This is supported by data from the National Highway Traffic Safety Administration.

Due to the negative effects of THC, people are advised not to drive until they get sober or feel capable to drive. Impairment caused by THC can lead to fatal accidents, so we should be cautious.

3. THC can cause drastic problems for many people. According to Dr. Damon Raskin, medical director at Cliffside Malibu Treatment Center, THC has been proven to cause IQ levels to decrease and memory issues. These issues tend to affect younger persons than other people. It has been backed by research that young smokers of marijuana do poorly on cognitive tests than young persons who do not smoke.  A study conducted on 300 students in 2016 found that smokers of weed have a high rate of withdrawal from school.

4. THC can also interact with other medications, and so you need to consult with a doctor if it’s safe to consume THC while on other drugs.

It should be noted that the effects of THC depending on the individual. Some people feel calm and relax after consuming THC while others may experience a level of anxiety. The type of strain can also determine the effects. So, it is advisable that you experiment with the strains and see which ones suit you best.

There is still little known about the long-term effects of THC. So far, research that has already been conducted is inconclusive and so more research is required.

Although there are many side effects of THC, none of them has been scientifically proven to be fatal. There is also little risk of having an addiction to THC.

There are different forms of THC for different purposes. THC is available in buds, oils, tinctures, capsules, and edibles.

There have been two medical products approved by the FDA since the legalization of cannabis. These two medical products, dronabinol, and nabilone, are made from the cannabinoid THC. Dronabinol is a medicine that is used by patients who have developed nausea from chemotherapy. Canada and the United Kingdom have approved nabiximols (Sativex) as a drug to treat muscle problems. It contains a concentration of THC. However, this medical drug is not yet approved by the FDA.

This is a well-known form of marijuana. In the marijuana plant, the flower is the part that contains the highest concentration of THC. There are two main types of strains: Indica and Sativa. Although there are different kinds of marijuana due to crossbreeding. Traditionally, the flower must be dried. Then, it must be separated from the stem and seeds. This flower is consumed by smoking through a pipe or bong. Also, marijuana flower can be converted into a concentrate and vaped, which is a popular way of consuming marijuana flower these days.

Concentrates are an easy way to get high without having to deal with the plant itself. Concentrates are high in THC, and so they can provide the user with a euphoric ‘high’. The THC concentration in marijuana concentrates higher than other forms because THC, as well as other cannabinoids, are separated using solvents such as alcohol or butane. The extract from the concentrate is used to make shatter, wax or budder.

THC oil, as its name suggests, is oil that is extracted from cannabis that contains a high concentration of THC. One such THC oil is the Rick Simpson oil. It was named after the activist who created it. He claims that the application of the oil on his skin healed cancer spots within a couple of days. This oil contains a high concentration of THC as well as other cannabinoids. Scientific research is needed to verify these claims, though.

Topical applications are a new innovative way of using cannabis. Topicals include lotions and balms. These products can be applied to the skin to provide relief from pain and inflammation. Some of these topicals contain THC, but the amount of THC concentration will not get you high.

Edibles have become a popular and convenient way to consume cannabis. Eating your favorite meal with a little of your favorite weed is quite a remarkable option. These edibles usually have a THC level from 5mg to 10 mg per serving. However, Elvis, a medical marijuana cookie contains more than the stipulated amount. It contains 1000mg of THC.

Considerably, edibles that are made with THC have become an issue in states that have legalized marijuana due to a problem with overdoses. Generally, people consume more than enough edibles because they are not checking the dosage. The dosage in edibles is difficult to regulate. Too much THC can get a person high. Marijuana edibles take up to 2 hours to operate, but it can last a longer period of time in the body. Unlike smoking cannabis, edibles can last up to 8 hours. They are also available in pill form like supplements. 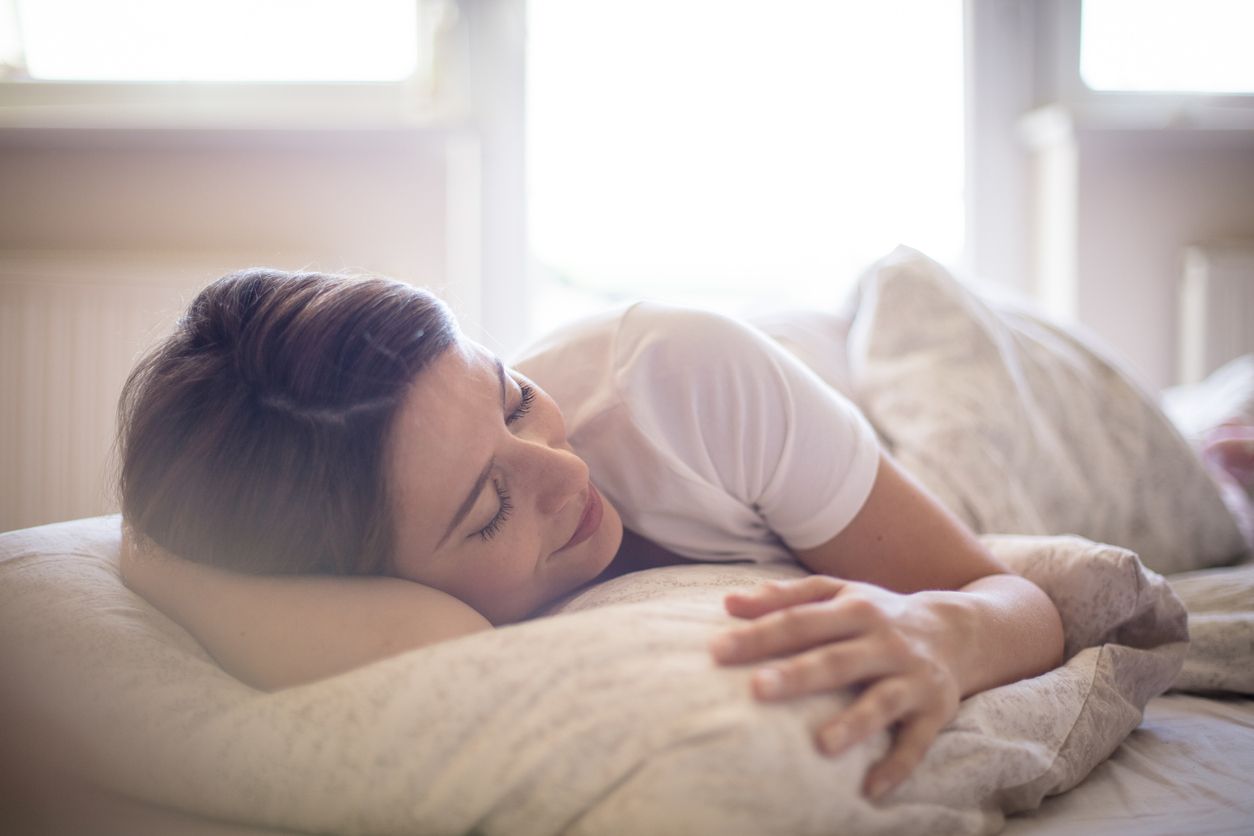 Is THC or CBD more effective as a sleep aid?

Sleep is an essential part of our lives, and so it is vital to understand which cannabinoids might affect it, and in what way....