Warren Buffett, one of the heads of Berkshire Hathaway, says "NO" to the union of Coca-Cola and marijuana. Mr. Buffett cannot get past the stigma that was once attached to the marijuana industry. Mr. Buffett is concerned with tarnishing the image of one of his companies’ most substantial holdings and feels that the collaboration of a cannabis-infused Coca-Cola would degrade the wholesome image that the brand possesses which could be detrimental to the company.

Warren Buffett looks at how Coca-Cola is treading lightly on the expectation of their product, becoming a cannabis-infused beverage. The belief that the Canadian market will be drowning in Cannabis-infused drinks is reasoning enough for them to hold back in CBD cola or THC infused drinks. Coca-Cola has an extensive geographical profile and an abundance of products that the rush for this part of the market can wait for now.

Is it the age demographics of these leaders of Berkshire Hathaway that steers them away from the cannabis infused beverage market? Buffett is 88 years old, and his partner is ninety-five. Studies indicate that the old mindset tends to steer away from Cannabis, and as years progress so does the distaste around Cannabis in general. Whether it is THC, which will provide psychoactive experiences, or CBD for medical use as the age increases, thus does the respect for marijuana.

Mr. Buffett’s business practice is for trading reputable time-tested businesses. The cannabis industry is still in its young formative years.

Across the United States and Canada, marijuana is a budding green business; however, in Mr. Buffett’s opinion, its not greener on the other side. He chooses to not put his stamp of approval on the union of one of the biggest soft drink company’s collaborations with the green marijuana plant.

Mr. Buffett has made wrong decisions that were costly in the past. Could this be another mistake?  Opinions are varied on the workings of Buffett and his views on cannabis infusing Coca-Cola beverages.

Coca-Cola stocks need a boost; the company needs to stay competitive. Innovation is necessary, could infused Coca-Cola be the catalyst needed? Will Buffett miss the boat again as he did with Apple?

It is clear the beverage industry is moving closer to incorporating CBD/THC into the beverages they produce. Mr. Buffett’s opinion that Coca-Cola does not want to tarnish their squeaky-clean image by infusing cannabis into their drinks could hold merit.

THC liquid in the form of a beverage will be water-soluble and thus will be quickly absorbed by the body, much like alcohol.

The packaging must be in opaque containers. There must be no appeal for children on the packaging or labeling of a cannabis-infused beverage, compared to the current packaging of Coca-Cola that is well known and easily identified; this would need to change.

Coca-Cola has hundreds of brand products from vitamin water to Bacardi. Perhaps the soft drink brand is not ready for the cannabis infusion.

Cannabis is becoming an acceptable product, and the legalizing of cannabis-infused drinks may be what is needed for the iconic beverage to climb up the stock market trail again.

Will the opinions of this well-regarded businessman be listened to? Will Coca-Colaneed to look past the old-age leadership and mindset and join the other beverage companies. The recreational or medicinal addition of CBD/THC to their beverages may be the catalyst for improving sales?

Time will tell, opinions are varied and, in the meantime, enjoy a delicious cold bottle of Coca-Cola with your weed on the side Perhaps in the near future, CBD cola will be on those ice cubes. 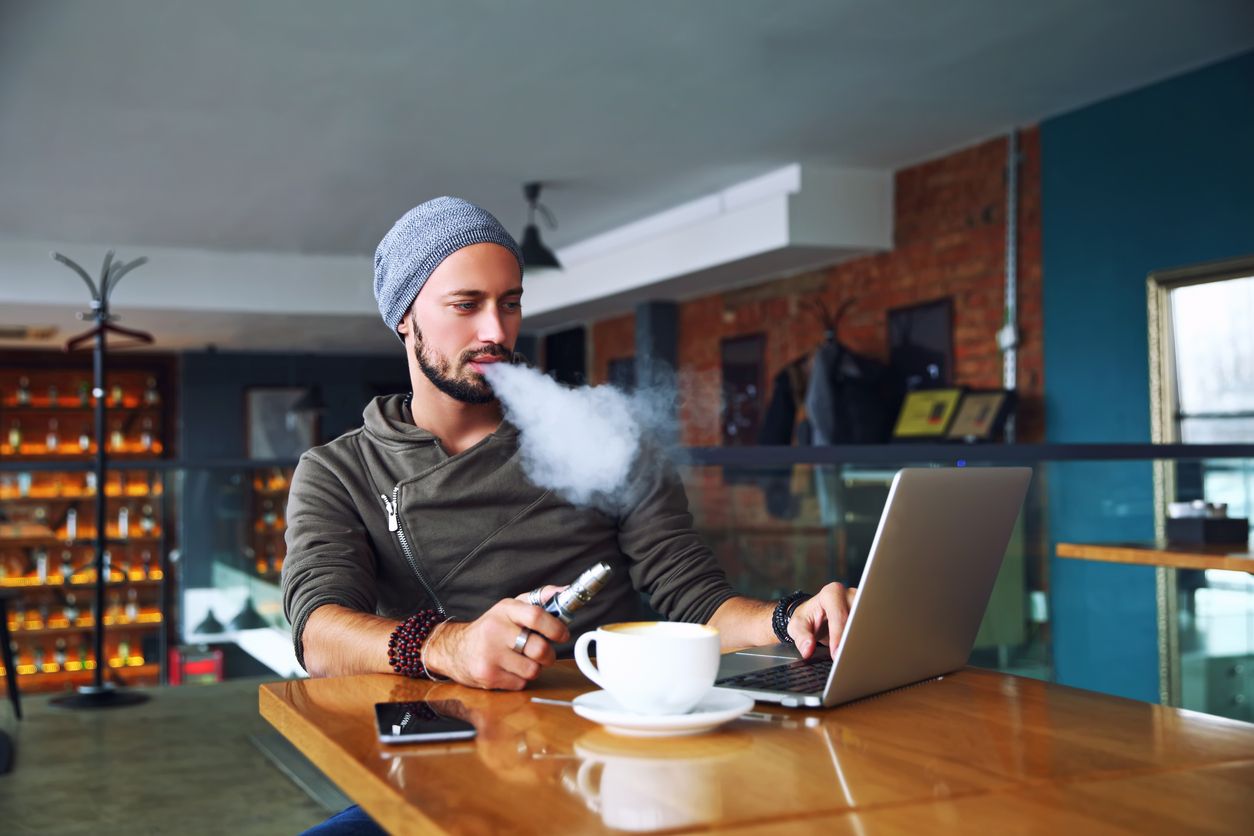 Should you vape THC and drink caffeine

Coffee and THC go together and enhance each other. This combination, although delicious, needs to be taken with caution....