There are thousands of new people and companies every day entering the cannabis industry for the first time, but few do so without financial gain as their number one focus. We are now free to enjoy a recreational dispensary visit in Canada, but not everyone is so lucky. The change that we have seen thus far all started thanks to years of dedication and advocacy from cannabis enthusiasts who reside all over the globe.

In the United States, federal marijuana legalization is still miles away, and groups like ‘The Veterans Project’ are working diligently to make a difference by pushing for a shift in legislation that could make a massive difference in the lives of thousands of American veterans who seek alternative therapeutic treatment options.

What is The Veterans Project?

The Veterans Project is a non-profit organization that seeks to improve the quality of life for many American soldiers and veterans by paving the way for access to medical marijuana. Its headquarters is based in the United States, and its mission is to educate everyone from lawmakers and doctors to the patients who might possibly benefit from cannabis.

Where did The Veterans Project begin?

The Veterans Project was founded by Nick Etten, who is a Navy Seal that attended Northwestern University and the US Naval Academy. A man whose passion for making a difference and creating solutions led to the birth of the organization in late September of 2017.

The Veterans Project role in the industry

Right now, federal marijuana legalization has yet to be put into action in the United States, which is a major problem for American veterans. Veterans depend on a federally run healthcare system called the Department of Federal Affairs for guidance and affordable treatment by a certified and registered physician, but their doctors are prohibited from encouraging, mentioning, or even prescribing weed to patients.

Even those that reside in states with legal weed must jump through loopholes to obtain a prescription by seeing a doctor who is allowed to prescribe cannabis. Though that might not sound like much of a problem, particularly to Canadians who enjoy free universal healthcare, doctors in America charge hundreds and even thousands of dollars for a simple visit, and it can often take several follow up appointments to have enough documentation to qualify for a medical marijuana license.

This puts vulnerable veterans in a precarious position, one where they cannot get access to legal weed through a prescription without paying out of pocket to do so, and it also forces patients who choose to buy their own medicated cannabis goods from a recreational dispensary to lie about their activity in order to keep receiving basic healthcare.

Everything that The Veterans Cannabis Project is doing right now helps to educate lawmakers, the public, patients, and veterans on the benefits of cannabis while advocating for the necessary changes that must be made to Americas current legal system to make it happen as soon as possible.

Advantages of legal cannabis for veterans

Veterans that come home from war-torn areas are often exposed to violence, which can impact both the body and mind. Injuries, issues with PTSD, and many other symptoms can be soothed with a small dose of cannabis in addition to or instead of a more traditional treatment.

Right now, the only available option for retired military professionals is pharmaceutical medicines, many of which come paired with some awful long-term side effects, like addiction and physical damage. Cannabis has nearly the opposite effect, with system regulatory boosters, pain relief, and temporary effects, which, when combined, can often offer patients a much higher quality of life.

Veterans are ideal candidates for positions within the cannabis industry

Retired military professionals are typically well suited for cannabis industry position, as it is well structured and rigorous in standards, and creating a successful company in this evolving area requires a hardworking and dedicated mindset. Veterans can offer all of that and more, which is why The Veterans Project is also advocating for how much the financial aspect of the market could benefit this struggling group of individuals.

How to get involved and learn more

Whether you are a fellow weed enthusiast who wants to jump in and help, or a patient who requires assistance, guidance and or support, you will find everything that you could ever want to know and more by visiting them online at www.vet.scp.org, and don’t forget to check back regularly for updates on events, upcoming missions, and official announcements. 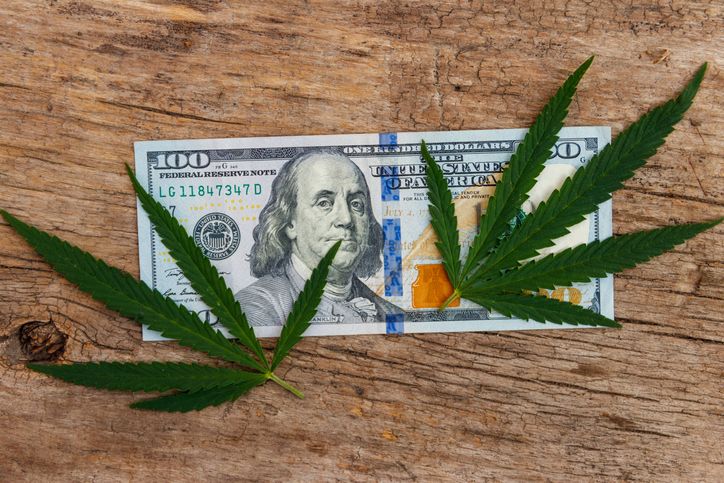 The goal of The Pot Exchange is to eventually make cannabis free for everyone, or in the very least, ensure that it is available to those who need it most....