These tips, tricks and useful tidbits will help you to maintain a buzz during the hottest heatwaves and avoid any problems that might arise from the intense summer temperatures.

Now that it’s summer everyone is packing up and heading out on the open roads, or somewhere in the sky towards a sunny destination vacation place, be it for the day or several nights. Edibles are often the first thing excited travelers reach for, but they’re also one of the worst cannabis products to bring into the heat, as they can melt, or shift in texture as the ingredients separate. If you want to travel with weed, then we highly recommend sticking to good old-fashioned joints, or capsules instead.

It might sound counterintuitive, especially if you’re prone to coughing fits, but there is some scientific evidence to suggest that cannabinoids have incredible cooling powers that may be harnessed by consumers. All different types of THC cannabis products boast this unique feature. However, some experts believe that smoking cannabis is the most effective way to cool down, a theory that’s been proven through at least one study on the subject.

Sunlight is devastating to cannabinoids

The sun is shining and it’s only natural to want to spend more time in the great outdoors, which often means carting around our cannabis in the heat. The problem is that those glorious UV rays that give you a nice tan, wreak havoc on nearly every kind of cannabis product, from the raw flower to edibles, and oils. For this reason, it’s a good idea to invest in UV-resistant storage containers that will offer a layer of protection for the powerful components within.

Vaporizers can and do explode

This is true for pretty much all automatic devices that rely on a battery to function, as they aren’t designed to withstand copious amounts of heat. Of course, you might be fine to carry it around on the go, and even take it into the yard or onto a trail for an adventure, but if you accidentally leave it behind in a hot car, your fun could quickly turn into a huge disaster. It might just ruin the device, or it could destroy all of the insides of a vehicle, and that’s just not a risk worth taking.

UV exposure is worse, but soaring temperatures are almost as hazardous to most cannabis products, as they can alter and damage the components inside them. THC, CBD, terpenes and terpenoids all have low boiling points, some of which start much lower than others, so even if the potency survives the intensity of the heat, the delightful flavours and aromas might not. To avoid this common overheating problem, it’s a good idea to store your products in a temperature and humidity-controlled box, or if that’s not possible, then it may be worthwhile to toss a cooling pack in with your travel stash.

Battery-operated devices certainly carry the most risk, as they’re capable of causing a whole lot more damage than you might expect, but regular bongs and pipes aren’t impervious to the heat. As the temperatures rise, glass and metal absorb the heat, and leaving them in the sun can warm things up so much they could burn you. This won’t be a problem from merely resting in a warm room. However, if you’re outdoors, then it’s best to keep these tools in the shade to avoid burning your hands or lips.

Being a cannasseur isn’t always easy, especially in the summer, but there’s one way you’re guaranteed to stay cool and lit, even in the sun, and that’s with delicious, chilled cannabis beverages like juice, CBD water, or cocktails. If you’re looking for an extra cold treat, they can even be frozen into smooth popsicles or ice cubes, which should help to keep your temperature down, so you can enjoy the beautiful weather while it lasts. 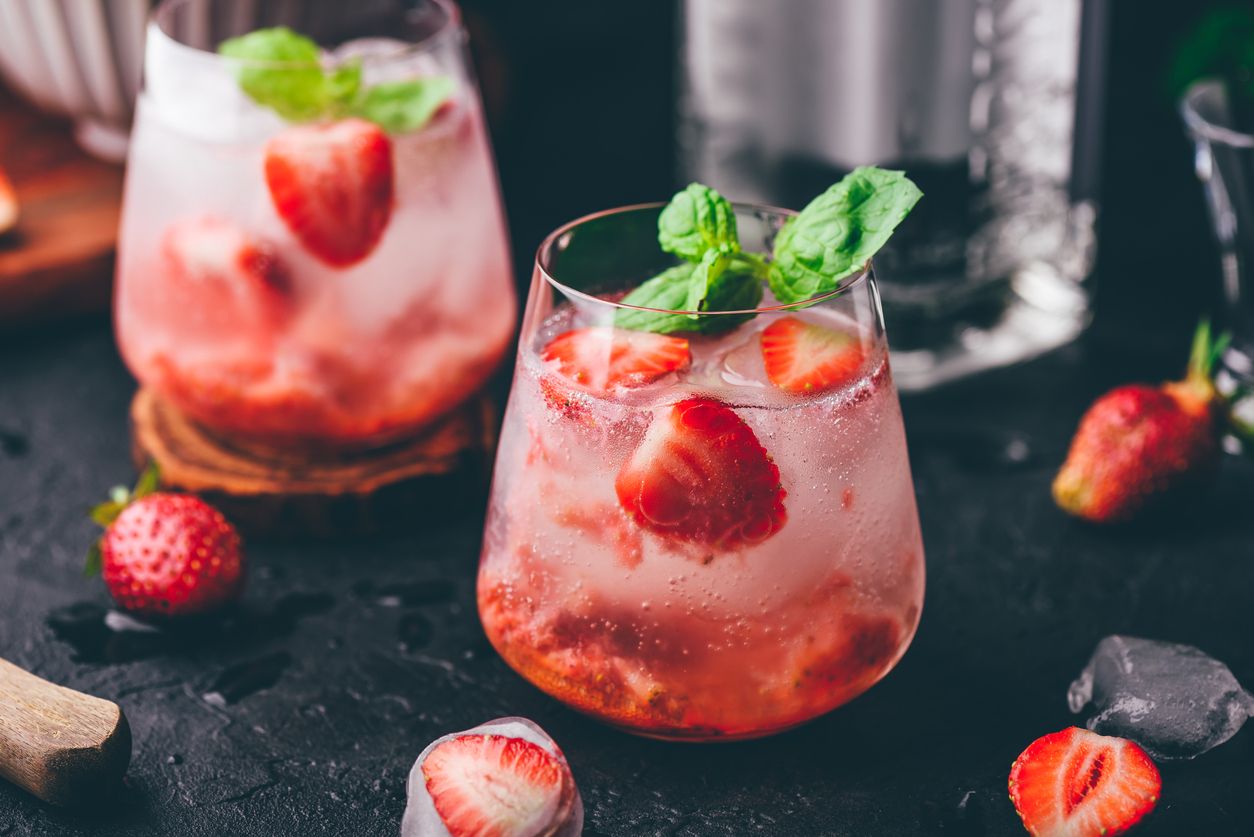 Cannabis-infused strawberry drinks and bites for a hot summer's day

Strawberries peak in June and July, sweetened by the sun’s kiss, and it’s the perfect time to take advantage of nature's bounty....