Legal marijuana is becoming acceptable in many places across the world. However, there are still some countries that are yet to legalize marijuana. The United Kingdom is among the unaccepting countries. In the United Kingdom, cannabis has been illegal since 1928, and the laws haven’t changed in relation to cannabis since then. Doctors will be able to prescribe medicinal cannabis by November.

Despite the drug being the most commonly used in the UK, it remains a Class-B drug. This means that a person caught growing marijuana or supplying it could be fined and even imprisoned for up to 14 years. Even though the government remains reluctant in changing the law, there is a growing number of activists who are eager for changes to take place. Activism has been proven to be an effective means for law reform.

It is reported that two activists, wearing masks were handing out free cannabis to passers-by in Manchester City. This followed when a group of MPs stated that cannabis might be legalized as early as 2025. Was this a form of disapproval for what the MPs said or were the action taken by the activists a way of speeding up the process? The supply of £800 pound of cannabis was an act of defiance to the United Kingdom’s laws.

The activism was orchestrated by a man known as ‘Outlaw.’ This is an activist for cannabis legalization who has over 11000 followers on social media.  ‘Outlaw’ said that the handing out of the weed would not cause any harm to anyone. He further stated that his activism in the form of handing out cannabis would continue until he is convinced with a valid reason that cannabis should remain illegal. Clearly, ‘Outlaw’ is not in favor of the laws of the country he resides but is his handing out of cannabis illegal? There is always the need for freedom of speech, and everyone should be able to voice their concern about the government’s policies peacefully and respectfully. On the other hand, the supply of an illegal substance is a criminal matter.

As such one of the activists while on his way home was arrested by police. The arrest of the activists could drive fear into activists like ‘Outlaw.’  ‘Outlaw’s response to the arrest allegations was that a ‘character’ without a name and a face could not be arrested. Was the masking a clever trick to deter arrest or legal charges? It may have been a clever stunt, but ‘Outlaw’ remains resolute in his disguised act of protest. He said that this is just the beginning.

More activism like the one 'Outlaw' and his friends did may even speed up the process of legalization faster than the group of Member of Parliaments estimated it to be. Although protesters like ‘Outlaw’ should be careful that they are not breaking the law because they can be imprisoned or fined. The laws regarding the illegality of cannabis need to change so that people can consume cannabis for medicinal and recreational use even if it is in their homes. 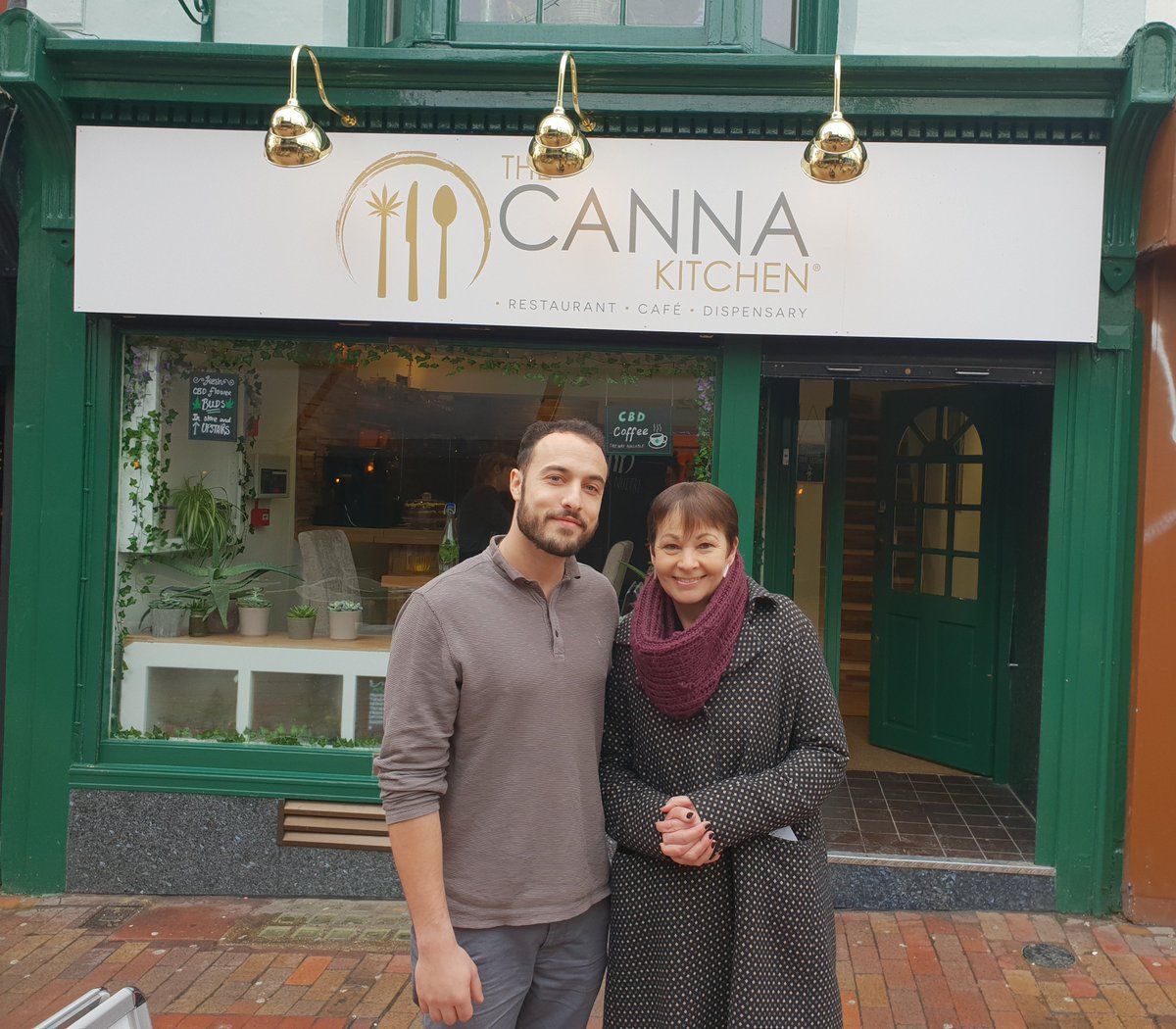 Did you know there’s a CBD serving restaurant in the UK?

CBD oil is provided by the cannabis, and hemp plant. The evolving plants use everywhere and gaining more popularity as we speak. ...