Legal marijuana is a relatively new idea for many people all over the world, as the demonization of the plant has led to it been banned across most of the globe. Though some regions have adopted various forms of legislation to allow for medicinal or recreational cannabis, few have done so on the same scale that Canada has. The entire world was watching on October 17th in 2018, as the cannabis act was officially put into place. Some people feared negative repercussions, while others rejoiced at the opportunity to experience legal marijuana for the very first time. This move would be precedent-setting and no one knew for sure how it was going to all play out.

Canadians have had the luxury of experiencing legalization for themselves and its evident that the world has not gone crazy. The rate of consumers has stayed pretty much the same and there are thousands of individuals who are truly benefiting from having access to cannabis including patients, recreational consumers and scientists who have found some pretty incredible qualities that we never knew existed. Here, you will find a brief rundown of how legal marijuana has affected Canadians and why this information is so important for other governments to consider moving forward.

The most common fears surrounding legal marijuana have been disproven

What about the children? That’s a frequent question that is often asked when it comes to discussing any sort of adult-oriented company, product or establishment. However, the evidence is showing that youth use is on par for what was expected whether legalization was brought forward, or not. This is because society has become more accepting of marijuana use, which has led to a slow incline in consumers. So while there are more young people consuming weed, this number has not been affected one way or the other by the introduction of legal marijuana.

Another widespread fear was regarding the number of impaired drivers on the roads. If you take a look at the average number of accidents per year across Canada both before, and after legalization, you will see that there is absolutely no difference in the number of impaired drivers being charged, nor is there any jump in the frequency of accidents. This is because those who are smoking legal marijuana and driving were likely doing so long before it was legalized.

Legal marijuana comes with the added benefit of creating thousands of new employment positions. Cannabis jobs in Canada are estimated to be well into the thousands and these jobs are on average, better paying than most beginner labor jobs. This helps the people and has also contributed to stimulate the local economy while adding a whole new market for motivated entrepreneurs to explore.

A lot of people were concerned about the potential for mixing these two substances leading to more reckless and/or dangerous situations and behavior from consumers, but as you probably already guessed, most cannabis enthusiasts were combining the effects of marijuana with alcohol long before it was legal to do so. The other exciting thing is how the introduction of THC can help to relax someone who is under the influence of alcohol, and that helps to reduce the number of violent outbursts and risky decision making that is often paired with drinking booze. In the end, legal marijuana has reduced the amount of alcohol consumption in nearly every age group.

Cannabis research is improving the quality of life for patients

Most people already knew that the effects of marijuana are beneficial for numerous conditions, particularly those that involve some level of pain, stress or anxiety. The introduction of legal marijuana has increased the access to permission and funding that is dedicated to cannabis research and the results have been absolutely incredible. We now know that CBD has a broader range of medicinal benefits than we never thought possible and that THC works in conjunction with our bodies own receptors to help regulate essential bodily functions. Whether it’s your mood, appetite or motivation levels, these are all influenced by the release of chemicals in the body, which is typically triggered by similar components that our bodies produce. Though some of our more traditional medications work off the same principle, the majority come with a host of adverse possibilities like an addiction which can be avoided entirely or be reduced with the addition of the effects of marijuana.

These are only a handful of the reasons that we genuinely believe legal marijuana is not a luxury, but a necessity that should be afforded to anyone, no matter where in the world they find themselves. Legalization has not adversely in any measurable way affected the country, but it most certainly has improved the lives of thousands of people in this country and it doesn’t look like that number will be reducing anytime soon. As an increasing amount of specialists, doctors and cannabis researchers discover every day more new and exciting ways that the elements found in cannabis can be used to benefit even more people while treating conditions that have little to no options with the current pharmaceutical industry. 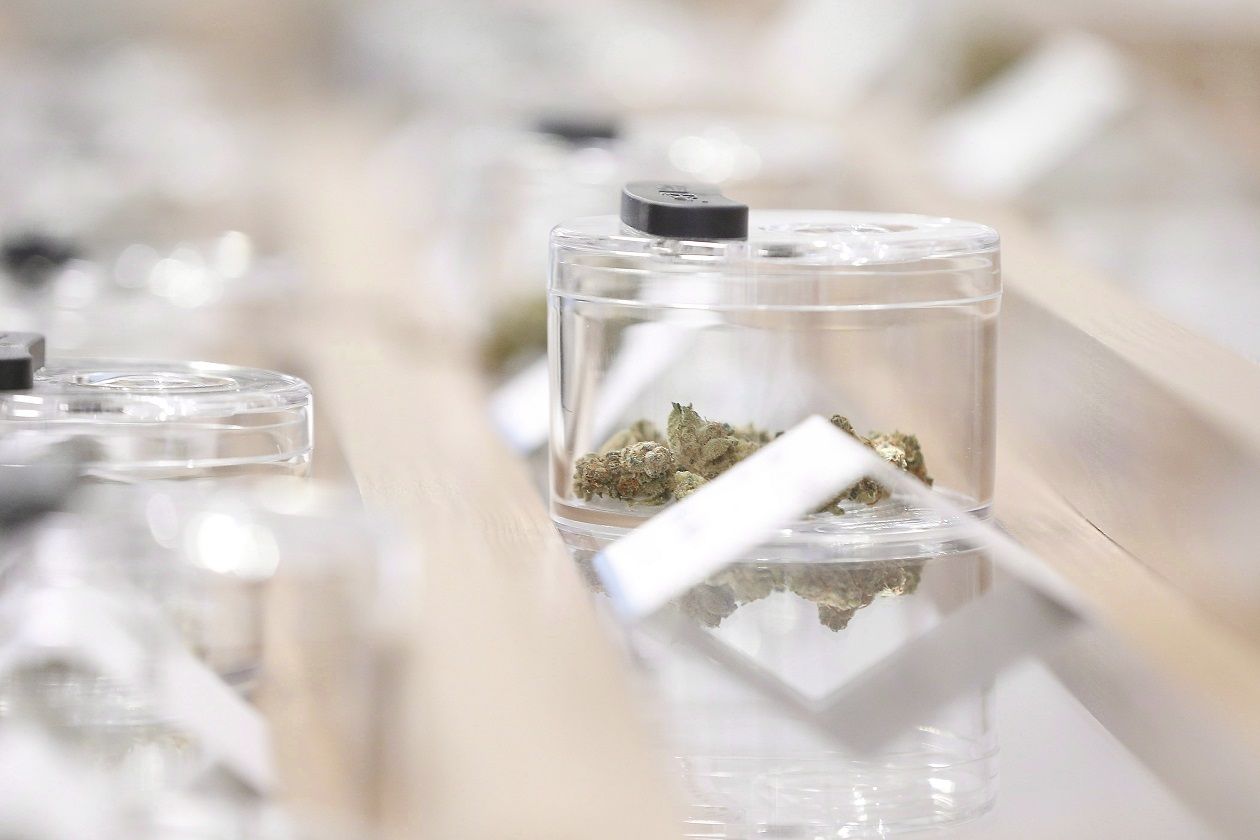 Federal and provincial governments earned $186 million in cannabis−related revenue in the first 5 1/2 months since legalization in October......