21 Bloor Street is the newest home of Tokyo Smoke that made headlines for featuring the artwork of renowned street artist Bansky. Bansky is well known for his style, mystery, civil disobedience, and subversive subject matter. Some of the featured work has never been seen before in Canada, but sadly for those that love the artist's work, it will no longer be seen in the Tokyo Smoke Toronto pot shop.

Rob Heydon likes to share his admiration for great and controversial street artists such as Bansky. As such, he thought that he would delight the people who crossed his Toronto pot shop door. He planned to install some of his art collections, including Bansky, Warhol, Pure Evil, and Kaws, as a permanent exhibition within the Tokyo Smoke shop.

While practicing social distancing, Rob envisioned his consumers as enjoying his art collection during waiting patiently for service. However, the exhibition is no longer available. Based on some comments and feedback from individuals brands and companies, Rob has removed the taboo artwork. The action was taken to ensure that the cannabis community's respect for integrity and values at large were upheld and maintained.

At no time in the decision to display the personal artwork of the owner of Tokyo Smoke, located at the Bloor St location, was it to use art to sell cannabis. The intention was to bring a more unique experience to the customer. Moving forward, the Toronto pot shop will be using its platform to expose local artisan works from the local community. Manager John Smith admits to receiving a fair amount of backlash over the art.

Suggestions were that Canopy Growth, the owner of the brand Tokyo Smoke, was doing the purchasing of the art during the pandemic while the staff's layoff was ongoing. Heydon's Toronto pot shop is his own franchise that is separate from the Canopy's company-owned stores. Smith states that each of the individually owned franchisees is entitled to portray artwork at their discretion. He feels that it is a backlash to assume that the company was investing all this money into art when it was not the truth.

What’s in the future for Heydon

Heydon's background by trade is that of a film producer and right now, he has plans to open up two more stores under his personal brand, 420 Love that will , in Hamilton, Ontario. Rob Hayden has not yet determined if he will have Bansky hanging in his Hamilton stores, but he does admit that it is possible, as many visitors appreciated the pieces just as much as he does.

Heydon wants to remind everyone that he will be looking for local support from within two communities. The Toronto Pot shop location for Tokyo Smoke is not changing. An interesting note on Banksy is that his unknown identity is reflective of his views on cannabis. Publicly no one knows what his opinions on the plant are.

Tokyo Smoke, a cannabis brand owned by Canopy Growth, is a chain of legal retail franchises located throughout Canada. Frank and warm conversations are initiated about cannabis at the friendly and informative sales assistance are notable at all locations. 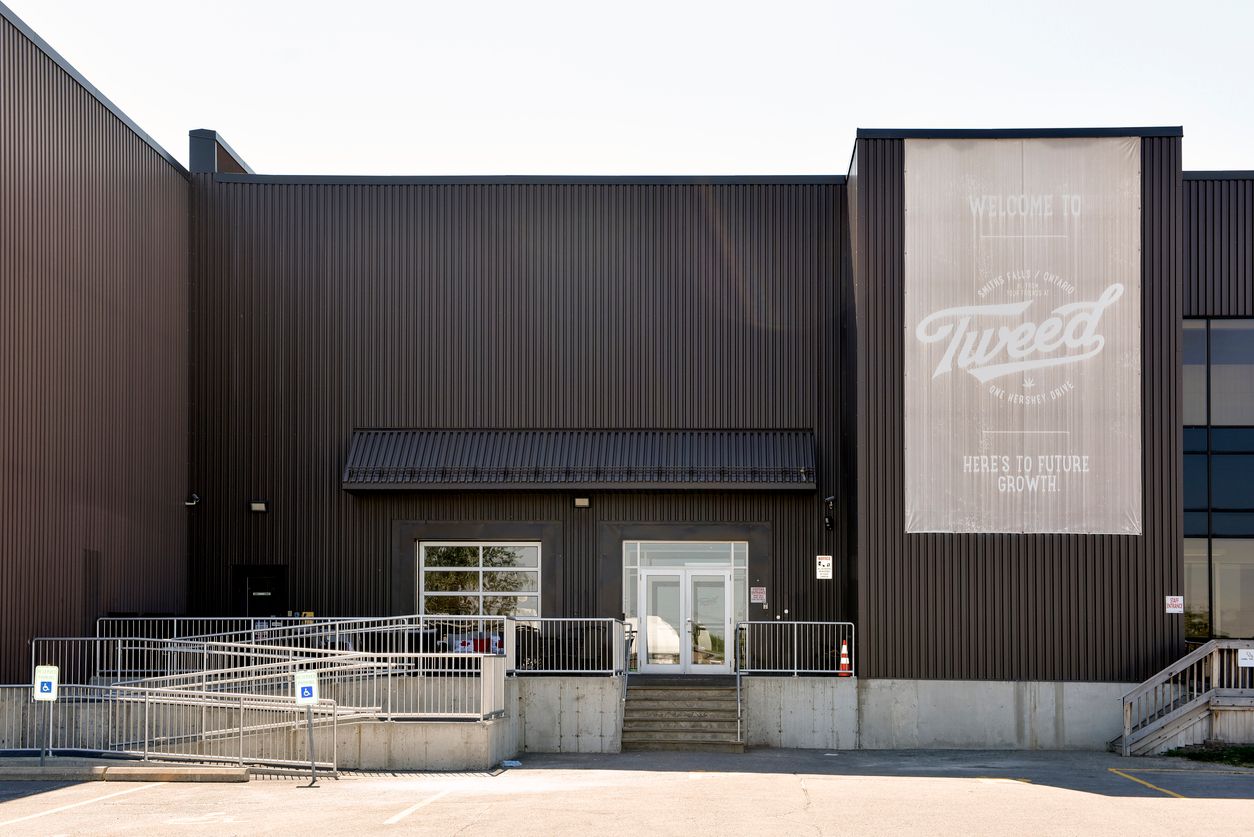 The announcement comes as a shock to Canadian cannabis consumers, but only certain regions will be impacted....