The Canadian cannabis industry is now well established and reeling in millions of dollars in revenue, business is booming, but there is still a thorn in the side of legal vendors and producers that persists. Black market vendors have evolved into something that goes far beyond the average street dealer, with massive greenhouses and fields full of untaxed and unregulated products, undercutting the legal competition while lining the pockets of what are, according to the law, criminals.

A war on black market cannabis

In the beginning, stern warnings were handed out across Ontario to all who hoped to hold a legal license to operate a cannabis dispensary. They were told that if they didn’t cease whatever illicit operations they already had going, that they would risk becoming ineligible to hold a dispensary license in the province, and it was enough to convince some to shutter black market businesses. However, in their place, hundreds more appeared out of nowhere.

Some cities tried massive cement bricks to keep criminal dispensary owners out of the buildings they rented, and others levied huge fines against commercial landlords who allowed illegal activities such as selling cannabis without a license to take place. This brought on another sudden wave of closures, as pot shops were given no option but to leave. Eventually, the OPP seemed to give up as the number of black-market dispensary locations continued to increase.

There was no big announcement to the general public claiming a war on the newly legal substance, but anyone whose been paying attention has noticed a trend right across the province. As massive producers and dispensaries are suddenly being investigated, raided, and put out of business.  $800 000 in cannabis plants seized – Three people were charged after a massive crop was discovered in what appeared to be an empty warehouse.

Illegal online cannabis dispensary gets busted - Six people face charges after a raid by the OPP on a home in Mayner, where the individuals ran an online business that sold cannabis flower and products. Many other incidents just like this one have happened over the last few weeks, and as we inch closer to harvesting season, it is believed that we’ll be seeing even more of this devastating action.

Is this a turning point for black market cannabis?

Some are asking if this is a targeted approach, intended to snuff out the black-market industry in ways that we’ve never seen before, however, the reality is that it’s just that time of year. Millions of illicit cannabis plants are being harvested right now to sell to the public, and it makes sense to hit these places when they have the most cannabis possible on hand, carrying a heavier punishment. Though it might feel like black-market producers and vendors are being unfairly targeted by the OPP, the reality is that we’ll likely be getting back to normal soon, because illicit cannabis isn’t going anywhere, just yet. 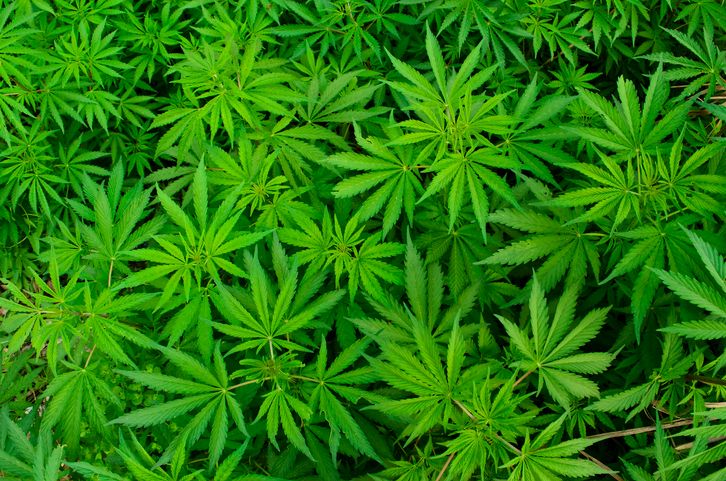 The Ontario Provincial Police obtained a warrant to search what was supposed to be a vacant Styrofoam factory in Midland, Ontario....