Now that recreational marijuana is so widely available, it isn’t much of a surprise that so many people are starting to partake around the holidays. The trend of higher consumption rates has always occurred around more stressful seasons that we celebrate the most, like Christmas and Thanksgiving where stress and financial burden runs rampant, and people are looking for suitable options to unwind.

Last year both American and Canadian retailers started pushing a brand-new holiday intended to meet the needs of consumers on the day before Thanksgiving, and the success of this event called for a guarantee of more in the future. Companies like Eaze, Headset and Orchid Essential, which have locations that span right across the US, saw sales doubled last year, and that trend is only expected to grow.

The most popular marijuana plant products

Most Canadians think of their local marijuana dispensary as little more than a dry herb supplier, because they have yet to release more concentrated options, but in the United States the highest sold recreational marijuana products were concentrates like shatter, budder and oil and choices that don’t require smoking like vape juice, disposable vape pens and edibles. The incredible number of sales led to a new alternate version of black Friday dedicated to cannabis consumers and goods.

Why so many people are choosing recreational marijuana

Alcohol has long been the only legal recreational drug, which is the reason why, it was the most consumed option until now, but times are changing, as so is societies opinion towards both medical and recreational marijuana. As more information makes its way to the surface, and the public is made aware of the incredible benefits of the marijuana plant, more people are leaning towards the more natural option.

The benefits of recreational marijuana vs alcohol

The reason that you’ll feel tingly and glowing after a few alcoholic drinks, is because the poison has reached your bloodstream and the body is quickly working to rid it of the dangerous liquid. While many consumers drink for years and even decades without issue, alcohol poisoning is a real and credible threat that anyone who partakes is at risk. Unfortunately, there is no safe amount of alcohol, hence, so many regions hold a zero-tolerance rule when operating motor vehicles, as it is expected to leave you completely inebriated.

As you continue to drink, other less noticeable effects are taking place like brain cells dying, the liver working overtime and bouts of chronic dehydration as the alcohol pulls every bit of moisture from the body. These problems can lead to trouble with decision making, blackouts, fainting, dizziness, vomiting and ultimately, alcohol poisoning.

Recreational marijuana is also a mind-altering substance that can sometimes produce adverse side effects, but they are much shorter lived and of no danger to your health. Marijuana plant products are entirely non-toxic, and the cannabinoids produce that euphoric sensation are binding to receptors that are designed to release natural chemicals within the brain. To date, there has not been a single recorded death due to recreational marijuana consumption, and the few sensationalized stories to hit the media took little more than a bit of water and supervision to recover from, with absolutely no long-term consequences.

Some consumers are choosing to partake in what is called crossfading, which is a fancy term for mixing weed and alcohol. It is generally done in hopes of enhancing the effects of both substances, but there are a few problems with this choice. If you smoke recreational marijuana before drinking, the THC will slow down your bodies absorption rate of the alcohol which can leave you feeling really good and thinking that one more drink won’t hurt, until it all kicks in at once.

However, drinking before smoking recreational marijuana can speed up the absorption rate of the THC, which means you are going to feel way more stoned and faster than you likely expected. Though mixing these two substances can be a tricky task, the effects, when combined, can provide a balanced level of stimulation and relaxation, so if you do choose to mix weed and alcohol, be sure to do so in moderation. 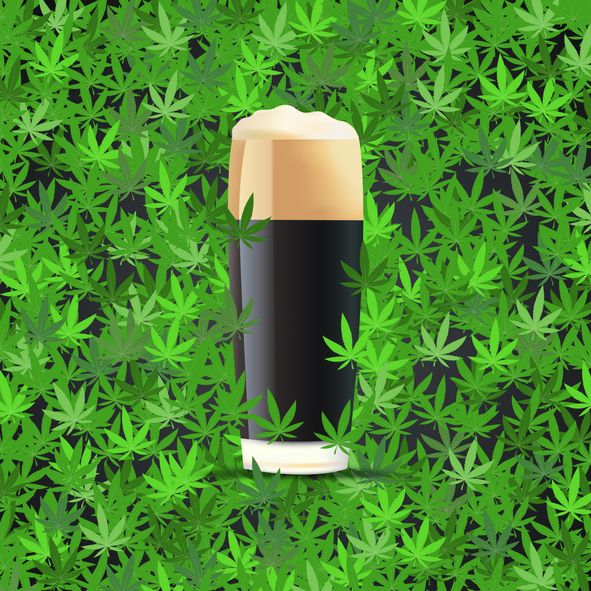 10 reasons why recreational marijuana is a safer alternative to alcohol

Since the federal legalization of marijuana, there has been much debate about the safety of cannabis products for both adults and youth....