10 reasons why recreational marijuana is a safer alternative to alcohol

Since the federal legalization of marijuana, there has been much debate about the safety of cannabis products for both adults and youth. So far, the science shows that the long-term effects of weed can significantly impact children, but that is because their young brains are still developing. When adults choose to partake in recreational marijuana, few people will debate that the stakes are much lower, but how reduced are they really when compared to our other legal recreational substance of choice, alcohol.

1. It is nearly impossible to overdose on cannabis products

The media has taken to our television sets with frequent finger-pointing and loose term usage of words, like overdose, that has made many consumers question the safety of recreational marijuana. According to the Center of Disease Control data, there has never in the history of documented medical issues and treatment been a death caused by the use of recreational marijuana.

In order to consume enough cannabis to reach a level of toxicity, you would have to somehow figure out how to take just over fifteen pounds of recreational marijuana in less than 15 minutes. Alcohol, by contrast, kills an average of 88, 000 people every single year, with nearly 40% of those deaths caused by overdose.

Most of us know what it’s like to experience an awful hangover from alcohol, and the results are typically nausea, vomiting and pounding migraines that can last for up to 2 days after the ordeal. Though some recreational marijuana consumers do report slight sensations of nausea, it will never make you violently ill.

The main reason that our bodies react in such a violent manner to alcohol consumption is that it is toxic, and the body immediately works to reject the harmful element from our system. With cannabis, the effects might be uncomfortable for a short time, but they will wear off long before you have to work in the morning as long as you get a good night’s sleep.

3. Cannabis can help to relieve chronic pain without the side effects

Do you find yourself taking aspirin each day to get moving? A lot of people that aren’t currently diagnosed or provided prescriptions for pain, still experience aches, cramps and painful symptoms that can be difficult to ignore. Alcohol increases the amount of inflammation in the body, as it works to clear out the system; there is little energy left over for rejuvenation.

Recreational marijuana, on the other hand, can help to instantly relieve painful symptoms caused by a variety of conditions, including those that you wouldn’t necessarily make a doctor’s appointment over. That is because both THC and CBD work together to decrease inflammation, regulate the release of our bodies natural chemicals that help us to heal, and it can instantly provide relief while you wait for the magic to happen.

Just like with chronic pain, stiffness, nerve discomfort and other irritating symptoms can be helped with the assistance of recreational marijuana. Alcohol has the opposite effect and actually creates new tension and inflammation surrounding organs like the liver, especially after long term consumption.

5. Cannabis is less addictive than alcohol

Despite the fact that over half of the population of the entire world has tried recreational marijuana, at least on one occasion, an incredibly small percentage of consumers keep coming back for more, and many of those that do, do so casually which translates to less than 4 times per month.

According to one study conducted by the University of Buffalo, couples that partake in frequent cannabis consumption are much less likely to engage in violence due to a domestic dispute. Though marijuana statistics from surveys of the past have shown a negative association between the two, that is believed to be largely due to most research, including all potential substances, including opioids and alcohol.

Another study by the WHO looked into the connection between alcohol consumption and domestic violence, and the numbers are staggering. The results are believed to be caused by how the element impacts cognitive and physical function, which reduces self-control and leaves people less capable of communicating clearly in a nonviolent way. Constant drinking can also lead to other issues within a relationship, such as childcare problems and financial difficulty, which can cause stress.

Alcohol comes in a few different forms, with some like chocolate-covered pouches and frozen popsicles being more fun than others. However, no matter how colorful or tasty these goodies are, there is no healthy amount of alcohol to ingest, as any amount can lead to both short- and long-term problems due to its toxicity once it enters the bloodstream.

Recreational marijuana is not only safe, but it can also make an excellent addition to any diet. Below you will find some of the most popular and health-conscious ways to use cannabis:

Though new consumers might experience an intensified version of the effects of recreational marijuana, most experienced consumers know that they are short-lived, lasting anywhere from 2 to12 hours before wearing off entirely. Even at the peak of a “high”, it is much easier for most people to control things like physical and verbal responses and cognitive function.

Alcohol, on the other hand, can have intense results, which can lead to what is often referred to as a blackout, where the consumer remembers very little about anywhere from a few hours to a couple of days depending on the severity of the drinking habit. These effects are nearly impossible to control and can be difficult to come back from.

The long term effects of weed so far, seem to be nearly non-existent, as long as the individual in question is waiting until they are of legal age to consume it. Alcohol consumers are not so fortunate, as the substance immediately begins to kill brain cells and attacking the immune system, which can lead to a host of life long adverse effects after extended use.

Though some drinks taste great, the majority of hard liquors can be challenging for even the most experienced alcohol consumers to handle. Since alcohol is made using a fermenting process, it makes sense that the result is a pungent brew of toxic juice, and most taste pretty similar as they all undergo the same process as competitive brands.

Recreational marijuana products are entirely different, as some option like capsules has little to no taste, making the task of relaxing so much easier and risk-free than carrying around an open bottle or glass throughout the evening. Cannabis strains boast many of the same terpenes that you can find in all of your favorite fruits like oranges, pineapple and grapefruit, which makes it a way tastier and easy to personalize option by far. 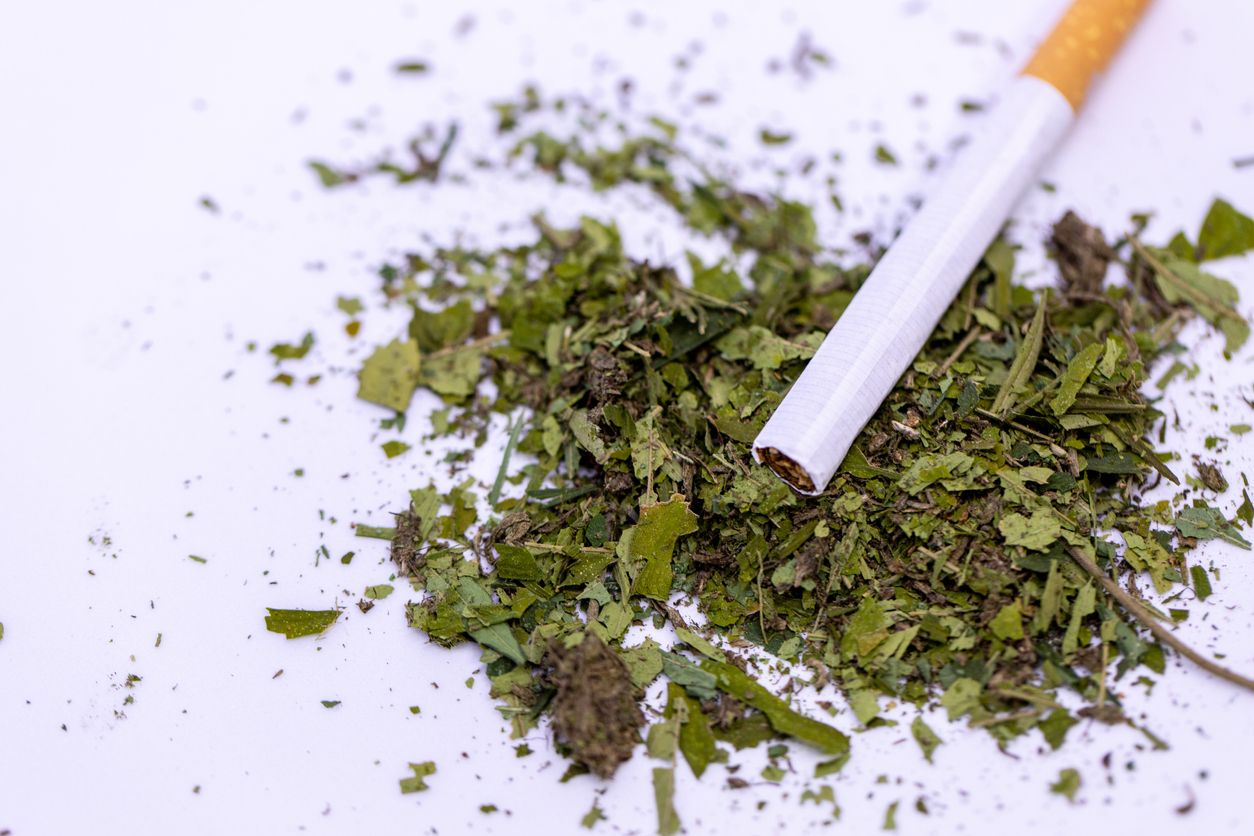 Legal marijuana may be lowering alcohol use, but is it increasing tobacco use?

A recent study in the United States showed that the legalization of medical cannabis caused a reduction in alcohol sales....