Ooh, Lala, his birthplace is France, and Frenchy Cannoli’s exotic travels and knowledge of hashish have given him the status of, guru, a master of hashish.

From a young age, Frenchy would dream of traveling the world like Marco Polo, a childhood hero. His destinations for traveling, combined with his love of hashish were the regions he chose to embark on towards his future. His travel path led him to the origins of hashish, where he lived and breathed all of the information that he could absorb — seeking out most knowledgeable hashish masters throughout the world.

Frenchy’s beginnings started with his birth in the south of France. His philosophical teaching father and as he explains, his typical post-war mother spent his earliest years in Gabon,  on Africa’s Atlantic coastline. His father was posted there for his work. Frenchy recalls his years from the ages of 7 to 12 were spent in Brittany and his teenage years in France. When he finally reached the legal age of 18, he left his family circle.

The Master Hashishin, as he has become known as, first started experimenting with hashish at age 17. He felt the joy of experiencing his first hashish Moroccan joint at that age. Frenchy vividly remembers those moments when he knew where his adventures and travels would take him, as he immediately fell in love with the sweet euphoric resin of the plant.

During that time, the indulgence in hashish was still illegal and dangerous in Europe. He soon realized that to be able to live his life’s dream and learn all about the fantastic resin; he would have to travel. He needed to be in the regions of the world that produced the resin and allowed it’s consumption. He realized his ventures and his dreams and didn’t stop traveling for nearly twenty years. Frenchy Cannoli was a true nomad, as he enjoyed and still does, traveling and reading; these are included within his passion list, which includes hashish.

Frenchy met his wife Kimberly, and they soon joined together to be parents of a daughter Eva. He is a proud husband, claiming the brain behind him is thanks to his wife, whom he met in 1980 in Nepal. He then brought his family to America for his daughters’ education, where he let his passion for hashish and its properties rest for awhile. The love of cannabis for Frenchy was strong, but the safety and the love for his daughter ruled out cannabis, which was illegal. He was finally able to resume his passion when Eve headed off to college.

Frenchy grew up in a hashish culture where for some, cannabis is the flower of the plant. For gurus such as him, it is only the resin. His exotic travels took him to places where he formed lasting friendships, and his loving friends included people from Morocco, Persia, and Lebanon. Those friends taught him about resin as he learned how to press the plant. His friends also taught him the value of a high-quality hashish.

His dream, when he started on his nomadic journey, was to find the highest quality resin out there. He wanted to discover this high-quality resin in places that purchasing was not an option, and he wanted to share his knowledge with the world. Included in his travel’s were Himachal Pradesh which is located in northern India, Thailand, Japan, and the Philippines. These regions included many sessions of learning the art form of hashish, and Frenchy reminisces about how this was a memorable time for him. It was the time he spent learning the art of making charas. Amongst his favorite acquired skills is the hand-rolling hashish form that has a significant cultural connection to Indian subcontinent and Jamaica.

What he learned from those thought-provoking educational learning years has given him celebrity status in the cannabis world. His techniques date back to ancient times, and Frenchy believes the methodology of the creation of hashish is very much the same everywhere. He is quick to point out, however, that what makes the difference is the approach and tools used.

He likes to play down his guru status. Frenchy claims he will always have more to learn about this ancient craft, stating there is much more this plant has to offer including while it is in the hashish form. His joy is sharing the information about the best way to consume the cannabis plant in the form of hashish. Frenchy shares his information and knowledge through offering workshops and information sessions. The Cannabis Chronicles which is his YouTube channel promotes the education of hash making techniques. Included in his sessions are the traditional ice water sieving method.

Frenchy openly tells us he that doesn’t use cannabis for its health reasons, though he does, however, believe in the health benefits of the plant. He likes to use coconut and hash for his daily regime in skincare after his excessive years of exposure to the sun. He currently uses this regime daily to eradicate skin cancer growth. Positively and moving forward, Frenchy can see that the stigma that is still currently attached to the cannabis plant is depleting and the attitude towards the all-encompassing plant is changing to a more positive outlook. 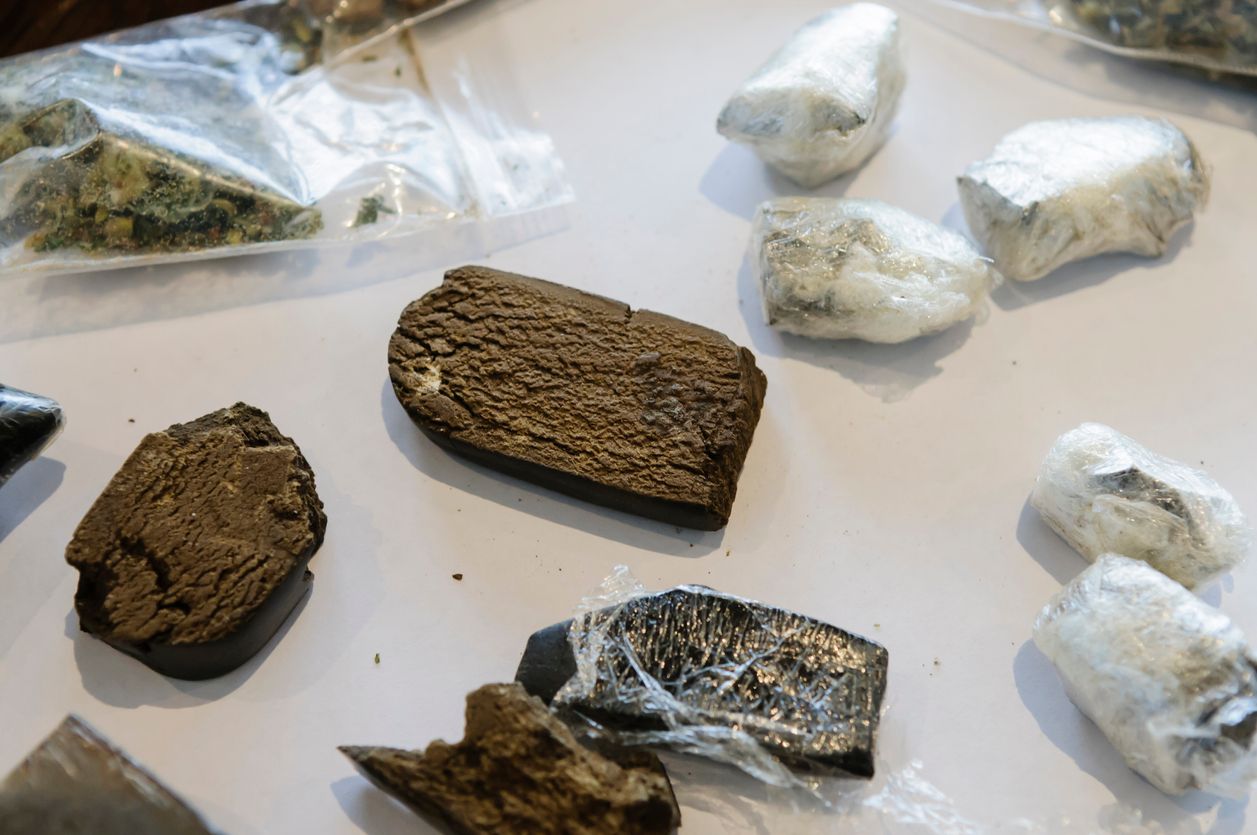 How to smoke hashish for beginners

There are many kinds of hashish, and each one has a slightly different texture and consistency, depending on how it is made....