Celebrity couples that used cannabis as a prop for their wedding

One major event in many people’s lives is weddings. Cannabis lovers and advocates have gone to the extreme to make cannabis a part of their special day. Cannabis weddings ever since have been an option for many people. Everything related to cannabis from the leaves to the bongs has become a centerpiece for many celebrities’ weddings.

Amanda and Kylie got married in 2018, but this was a month before the legalization of recreational marijuana. Nonetheless, the couple had a weed-related wedding. The question is how did they use cannabis at their wedding? Kyle has been an activist for cannabis legalization from he was in his 20s. He uses cannabis to help him with depression and opioid abuse.

Most of the guests were medical cannabis users with a medical card. They were encouraged to bring their own cannabis. Amanda’s made of honor even had a joint of weed in her mouth while making her entry into the reception party. They had a splendid time at the wedding.

A budtender was even provided at the venue with different strains planned out for the day with Sativa at the start, hybrids at the service and Indicas at the end of the event. It was much more than a regular wedding with a bit of your favorite weed. The recreational use of marijuana is also legal in ten US states, and so this will allow more persons who want to include cannabis-related themes into their wedding.

It is also important to know that Casanova is the owner of Babinka Treats and bake. Their bakes have cannabis-infused them.

Serena Baleja was eager to make her wed a weed celebration. She even stated that she was able to easily convince her grandmother to agree with the wedding being weed related. Selena is not new to cannabis. She has been an advocate of cannabis ever since.

The couple is aware that many people smoke at weddings, but they do so discreetly. The cannabis-themed wedding allowed her to make a statement that it is okay to smoke cannabis openly.

Anna and Mark Balfe- Taylor has a Las Vegas wedding. While the wedding was a celebration of their love together as well as their love for weed. Mark is a long-time advocate for the legalization of cannabis. In the past, Mark’s father went to prison for uses cannabis when cannabis was illegal. His partner, Anna, is an insomniac and so she uses cannabis as a treatment for her illness.

The couple, being on one accord wanted a different type of wedding, one that could make a statement for the freedom to use cannabis. There wedding was unusual because they didn’t carry weed to the wedding, but their wedding was held at a weed cultivation facility. This event was in the international spotlight as a first of it’s kind.

These cannabis-related weddings surely did more than just celebrate weed. They helped to spread the message of legalization. 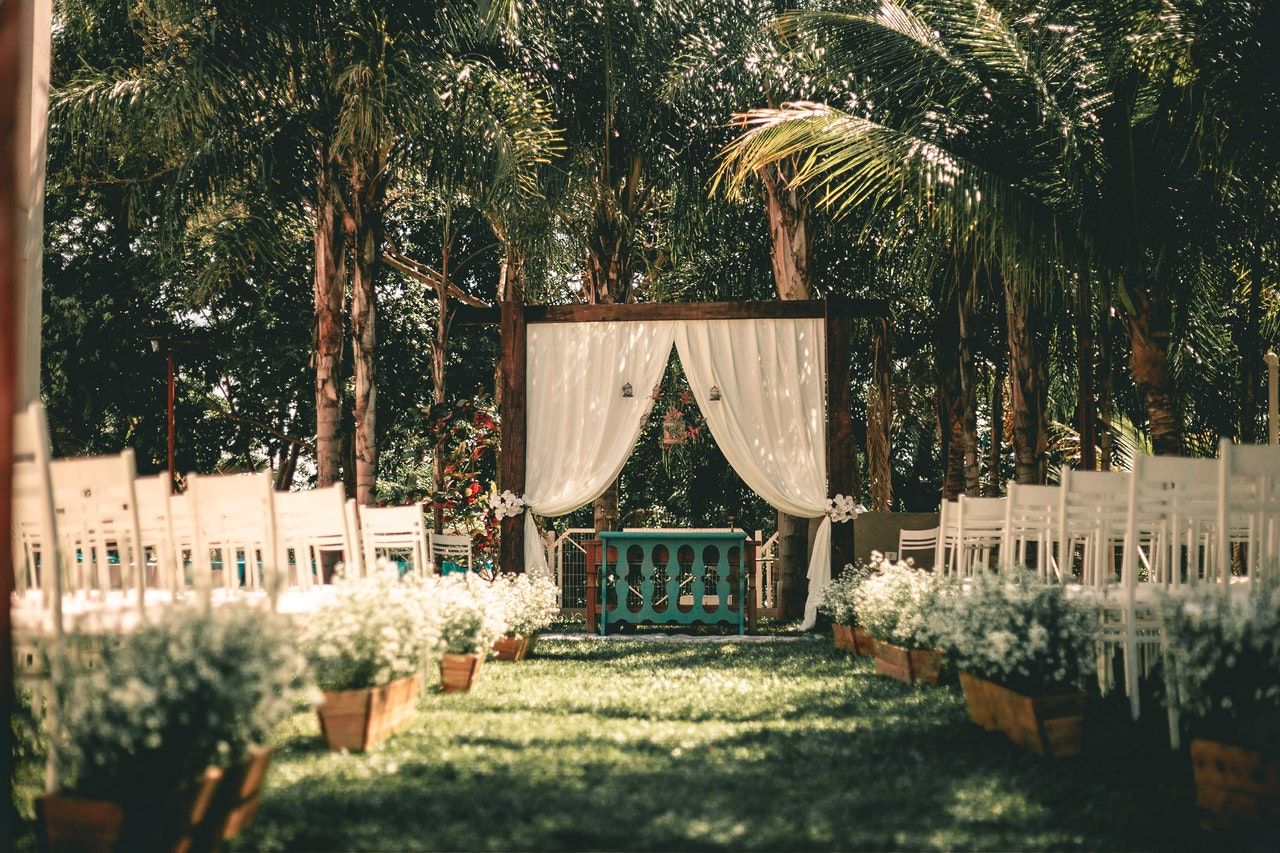 Are weed weddings in the future for Canada?

Are wedding bells ringing in your future? The Canadian Cannabis Wedding Expo will be a perfect place for you to start planning your nuptials....