There has been a great deal of controversy surrounding cannabis, and it’s potential to interfere with professional competitors’ overall performance for better or worse. Some feel that the benefits of using marijuana, CBD oil, hemp oil, and other CBD products are nothing more than temporary relief from the pains of strained and sore muscles. While others are calling them an enhancer that could potentially give an unfair advantage over other players. No matter which side of the line you stand on there is no denying that there have been several incredibly successful athletes who used marijuana while competing. Obliterating the stereotypes of lazy cannabis smokers with their astounding feats, I am happy to present to you 5 world famous professional sports athletes that used marijuana during the term of their careers.

The UFC is one of the easiest sporting leagues on cannabis users. The only marijuana testing the athletes go through is during competitions, allowing for use as little as 24 hours or more before a fight. CBD oil and other CBD products are not restricted at all, and its use is even encouraged during both competitions as well as throughout training. Conor McGregor is one of the world's most famous UFC fighters and can be seen using bongs and smoking joints on his Twitter and Instagram pages, he definitely enjoys smoking some herb in his downtime.

Cote is a former NHL left wing player and also spent time as an assistant coach. He competed for eight full seasons from 2002-2010. During his term in the league, he used marijuana as an aid and sometimes even an alternative to traditional medications to heal after injuries and big games. Riley retired and went on to co-found Athletes for Care which is a cannabis advocacy group that speaks against the stringent policies that forbid players from using marijuana as a medicine at any time during their career.

Ricky was always an advocate for marijuana use especially during his time as an American football running back for a total of 13 seasons under his belt. His love of cannabis became known when he failed his very first drug test in 2004. After taking two more failing tests, he chose to retire early instead of quitting. Williams tried to re-enter the scene in 2005 and again in 2006, both times being suspended for positive marijuana results. His final term ran successfully from 2007 to 2010 when he officially retired for good to focus on starting his own medical marijuana company called RealWellness that is still doing well after more than a decade of presence in the industry.

Though it may come as a surprise to those who know Arnold as the former Governor of California and an actor, he first entered the competitive world of bodybuilding shortly after taking up weight lifting at only 15 years old. By the time he was 20 in 1947 he reeled in the title as Mr. Universe and won the Mr. Olympia contest two years afterward and went on to win six consecutive years in a row before retiring. Schwarzenegger began openly advocating for marijuana in 1988 after denouncing the music video called Stop the Madness that he had made an appearance in under pressure from the Reagan Administration. During his term as Governor of California in 2011, he lit the first spark of the movement witnessed in California’s cannabis culture by lowering the charges for individuals caught with an ounce of marijuana. A move that precedence for regulations to evolve from.

Harrington is a long-time marijuana activist and was the 25th pick in 1998’s NBA team draft. He competed for 16 seasons in the NBA for the Golden State Warriors, Indiana Pacers, Atlanta Hawks, Denver Nuggets, Washington Wizards, Rolando Magic, and York Knicks. He was awarded player of the year by both USA Today and Naismith and is one of the first successful basketball players to be forward with the media and the public regarding the mass consumption of marijuana by players, coaches, and referees of the top competing leagues he worked within. Since his retirement, Al has embraced his love of cannabis and openly advocated for its legal status while pouring just over five million dollars into the marijuana industry. He now owns two successful businesses including Voila Extracts and Harrington Wellness both of which are top earning competitors in the market today and is pushing for the NBA to remove marijuana from its controlled substance list. 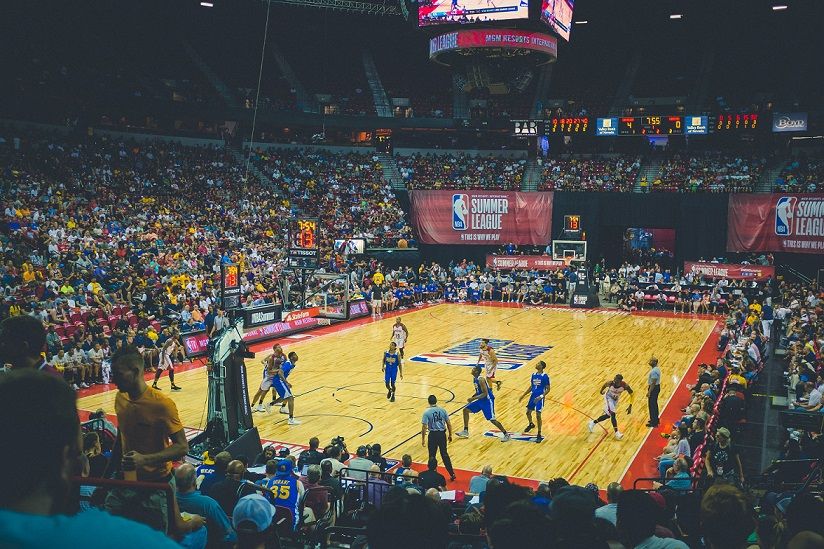 As the benefits of marijuana use have become more standard, some sports agencies have even gone so far as to deem THC as a performance enhancing drug....