COVID-19 shut down much of the world, and it happened so quickly that there were few industries that were left unscathed. There was simply no time in which to prepare for such a unique and rare situation, leaving many businesses no choice but to close completely while awaiting the outcome of the pandemic. The hardest-hit industries have yet to be determined, but one of the most complicated businesses to be in on Canadian soil over these last several months is cannabis.

Some provinces chose to allow cannabis dispensaries to remain open, while others forced them to close at least for a little while, as the decision over whether or not these businesses could be labeled as essential services came to ahead, but the black market vendors kept on doing business as usual, experiencing, in many cases, more sales than ever before. This was caused by the pandemic, but it was also the result of confused government who gave consumers no other choice when they needed one the most.

Canada has a rather large number of illegal recreational cannabis dispensaries, but for the most part, cities and towns have done a pretty good job to make sure that these businesses end up closed. Some threatened landlords, and others came in using force, eventually causing such large losses that it was no longer feasible to maintain businesses as usual. As demand continued to rise, and storefront locations began to fade away, some entrepreneurs saw an opportunity to enrich both their community and their pockets.

The black market on Native territories

Eventually, the majority of the black market existed solely in two areas, the first being on online platforms such as Weedmaps, and the other on the territories, which are very popular among customers who aren’t residents of these areas due to the vast availability of cheap smokes. Much like black market dispensaries, black market smoke shops have run just under the radar for years, so it really wasn’t much of a shift for many to make the switch for cannabis instead.

The reliance on the territories for things like cheap smokes was never more obvious than it was right after COVID-19 began to spread through the country, as long lines that stretch for miles could be seen for the days between the announcements and the actual closing of each territory. Out of fear, and as a precaution, many of the territories chose to close off their borders to prevent non-residents from triggering an outbreak within their communities, and much like the countrywide lockdown, it has lasted for several months with what seemed like no end in sight.

During this time, thousands of cannabis enthusiasts who relied on trips to their local territory for cheap smokes and weed were forced to buy through legal venues, leading to a spike in revenue and sales for the licensed industry leaders, but that is something that is very likely to change as the various regions chose to move forward with reopening their borders.

As Canada has been relatively good at containing the spread of the pandemic, daily case numbers are dropping significantly, and that’s why most of the country is loosening restrictions, and slowly re-opening, which means that most of us are finding our way to a new normal. Sanitation practices are still heavily enforced and preached, and many places are still unable to welcome customers indoors, but for the most part, the economy is slowly restarting, which is necessary for our financial recovery.

Though most of the territories were slower to let their guard down to the general public, many are now announcing that they will be open, and soon, which is great news for those who need to save money, but it could be bad news for anyone who is a part of the legal cannabis game. As these borders open up, many consumers will likely return to the recreational cannabis dispensaries that they once frequented regularly, which is going to provide a major boost to the black market.

Of course, not everyone sees this as a bad thing. After all, as many as 50% of cannabis users in Canada still utilize the black market to get the goods that they seek, but that is a lot of loss for those vendors who have been picking up the slack during this short time away. Entrepreneurs who reside on the territories, however, are excited to get back to normal and to start making money again, and customers who reside in areas with legal dispensary access will finally be able to regain access to their supply.

So while this can be seen as both a good and a bad thing depending on which side of the fence you might stand on, it’s a reality, and it will be interesting to see what will happen once all of the territories are open to the public again. Will consumers return to their dealers? Have they found other black-market suppliers in the meantime who lives closer to home? Or maybe they’ll decide that they prefer the experience that a licensed dispensary can provide.

Only time will tell for sure, but for now, a lot of people are happy that the barriers are slowly coming down right across the country as we celebrate a small milestone and a brighter future ahead. 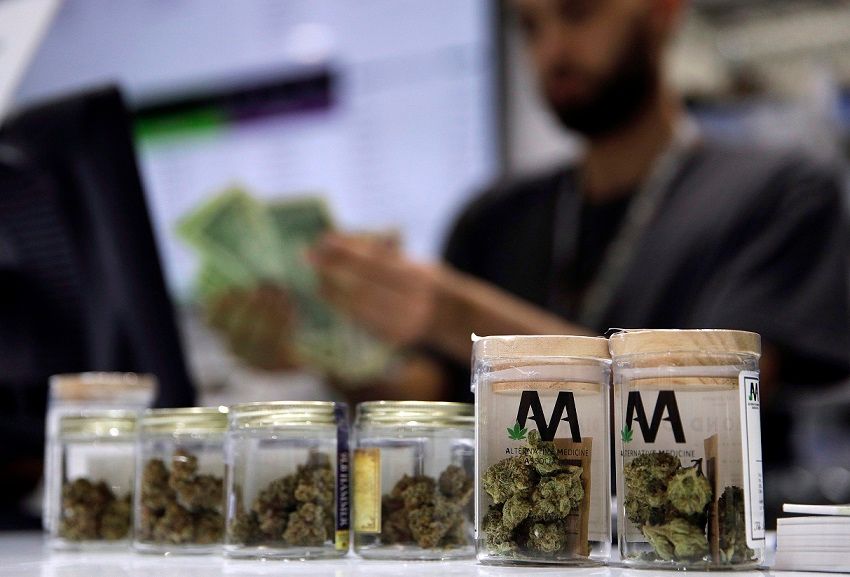 Ontario’s private cannabis stores will have to give up offering delivery and curbside pickup next week.....