The pandemic has changed how we do many things in life, and that adjustment has impacts on various industries that are already suffering huge losses from closures. We are seeing businesses of all sorts closing down for good, and an economic downfall, unlike anything that’s ever happened in our lifetime, and it’s devastating, but there is a silver lining in all of this, and it’s that some industries are thriving like the legal cannabis industry.

Black market dispensaries have been a bane for legitimate, licensed, and regulated cannabis vendors since the beginning of legalization, as they have a leg up in several areas, which makes it nearly impossible for legal cannabis stores to compete for consumers. This is a problem that municipal, provincial, and federal governments attempted to quell but nothing that they have done to date has had as much of a positive effect as COVID-19.

Society as a whole has been shifting towards healthier and more sustainable lifestyles, but once the pandemic took hold, millions of people who never cared too much about their health were suddenly terrified. This has led to more calculated consumer decisions based on the potential for risk, and after a number of campaigns warning the general public about the harms of illicit cannabis products, it seems that the lesson is catching on, as millions of consumers no longer trust the black market for quality flower.

Illicit cannabis stores and small-time drug dealers do not have the infrastructure that legal dispensaries have in place, and this often means that you’ll have to visit them in person to get what you need. In normal times, this wasn’t a big deal. In fact, it was a small price to pay for the huge financial savings and a wide variety of available goods, which made it a major driver for the boost that black market dispensaries once had against the competition. Nowadays, we’re avoiding in-person transactions wherever possible, which makes those options much less appealing to the average Joe.

3. Delivery was finally made available to nearly all Canadian dispensaries

Before COVID-19 came to town, legal dispensaries didn’t have any choice as far as accessibility is concerned in most regions across Canada, as the fear of potential risk from the easing of access was still far too great, but now that we’ve all been faced with a pandemic, and the logical thing to do is to keep citizens out of indoor places where they might gather, most regions have extended temporary measures that allow for a loosening of the rules, which in many cases includes either curbside or home delivery.

4. Dealers aren’t worth a spot in the family bubble

This isn’t really the case with much larger stores as it is with the local one-man operation black market dealers, as they typically operate under a much different set of rules, and often out of their own homes. Your average street dealer comes into direct contact with many different customers, and in many cases, they’re swapping germs in between sales by sharing joints or bong rips with whoever stops by. This atmosphere may have once been enjoyable, but now that we’re limited to a small bubble of close contacts, people are deciding that the risk simply isn’t worth it.

5. The closing of Native territories

Most illicit dispensaries have been operating out of big cities and small towns, and while some do still exist, the majority of large scale black market vendors are concentrated in less populated areas with lessened government intervention, which is why there is still so many spread out across Native territories. People flock to these stores just like they do with the cheap cigarettes that can be purchased nearby, but most of their borders were closed by the end of March, in hopes of protecting these vulnerable communities from a COVID-19 outbreak, leaving all of the illicit vendors there without customers.

6. Cashless transactions have become the norm

Cash is a controversial subject these days because so many places have discouraged its use, leading customers to believe that handling money might not be safe, and the scientific evidence that we have today does suggest that more close interactions where we directly touch people or things that they have handled, can increase the possibility of transmission, and that is why even where it isn’t necessarily discouraged, people are ditching cash for online payment methods. Unfortunately for black market dispensaries, this is the only tender that they can accept and that’s turning a lot of people off from visiting.

We’ve all watched as recommendations for things like general sanitation in legal businesses were released, and we are told that these steps are essential in our battle against COVID-19. There are suddenly hundreds of new job positions that consist of nothing other than cleaning and sanitizing high traffic areas, and this helps customers to feel easy about both in-person visits and online purchases. Unfortunately, we also know that many of these new regulations are enforced by governments, and since there are no regulatory standards in the black market, there is a real and active concern over their lack of rigorous sanitation efforts.

Illicit cannabis that is moved through storefronts and platforms such as Weedmaps all comes from somewhere, and though some of it is definitely grown locally, the majority of it is shipped from somewhere else in the country. To do this provincial border must often be crossed and with more stringent rules surrounding who can travel and where they can go to, the job has become much riskier than ever before, with a much higher chance of getting caught. These barriers are stopping black market products from getting through, which is leaving many vendors without the goods that they need to reel in customers.

9. Similar prices for the first time since legalization

The biggest allure for illicit vendors is their incredibly competitive pricing, which is made possible by the fact that they don’t pay taxes, third-party testers, or specialists to create the cannabis product, but after seeing the massive discrepancy, legal dispensaries began slowly and incrementally reducing their prices until they were nearly in line with black market options. COVID-19 made the last and final price drop possible, by peaking legal sales, allowing licensed stores to lower their prices without losing revenue.

Not all legal dispensaries are set up to offer unique and unpredicted services like cannabis delivery or curbside pickup, but even those that don’t, are seeing a noticeable increase in sales, and that is likely due to the fact that masks are now mandatory in all indoor spaces. This made it so that the few stragglers that were still relying on a small tie drug dealer finally felt comfortable enough to venture out into public, and as long as it is enforced and consumers feel safer in this environment, they probably won’t return to the black market anytime soon. 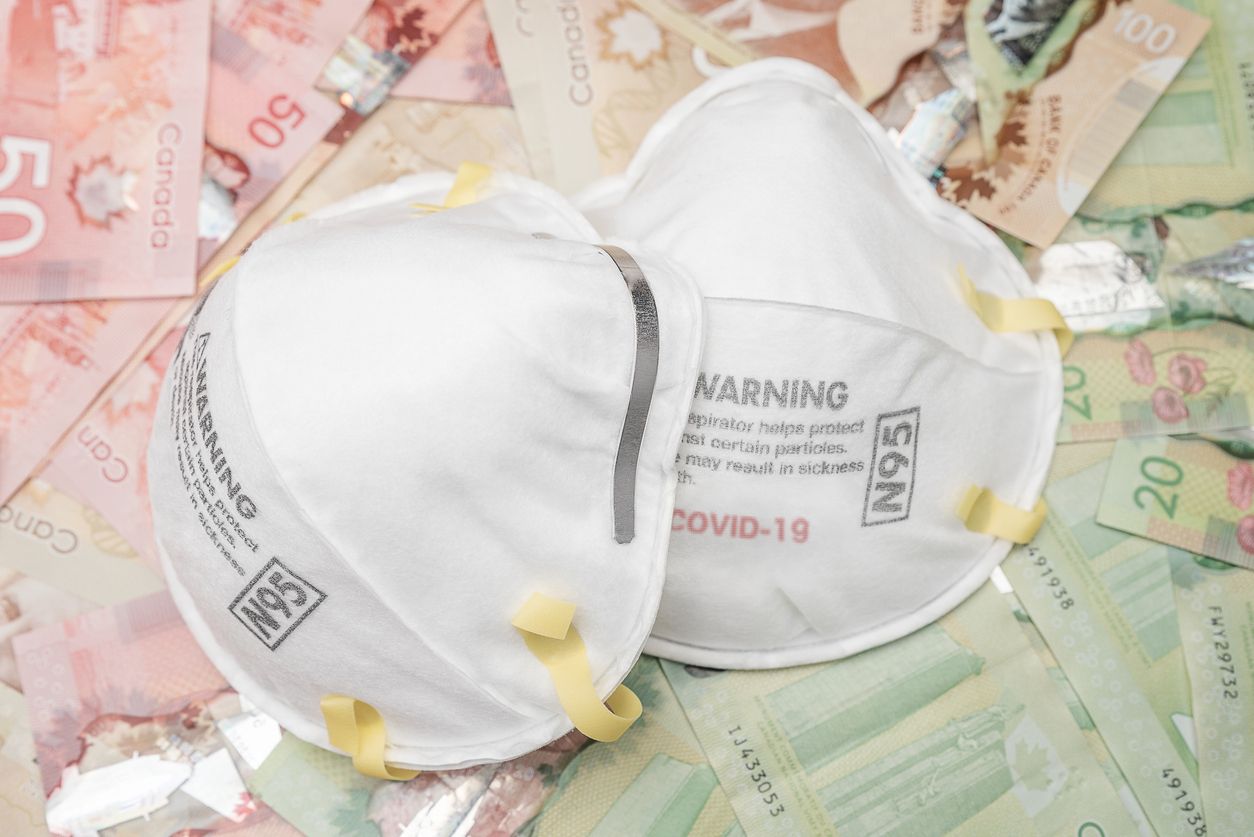 The cannabis industry may suffer once pandemic support payments stop

It might all end at some point in the next 2 months as government-funded financial benefits run out....