Why are women using cannabis during pregnancy?

Studies indicate that more women are using cannabis both before and during the early stages of their pregnancy today. Morning sickness plagues numerous pregnant women, especially in their first trimester. Pregnant women report the lack of sleep due to the amount of morning sickness they experience. Smells can start the process of vomiting seemly from nowhere. The smell in the grocery shop, that coffee you enjoyed before pregnancy now makes you vomit.

Stress levels are increased for the pregnant mom who is worrying about the baby they are carrying. Is the baby getting enough food? Your vomiting seems to be relentless, and those dry crackers your mother told you to take are not working. The primary care doctor has prescribed morning sickness medication; however, it is not working.

Some mothers to be who used cannabis before the pregnancy, are deciding to continue to use marijuana. They need help to control the morning sickness and anxiety that can accompany some pregnancies.

Surveys indicate that three to thirty percent of woman have used cannabis during their pregnancy. An interesting note is that women of childbearing age are the fastest-growing users of recreational marijuana.

Many women who use marijuana during their pregnancy do so under the cloak of darkness.  Letting the doctor or even their family know that they are using cannabis to fight the anxiety, sickness, and overall fatigue that the pregnancy is producing is nerve-racking.

Studies indicate that about half of the regular cannabis users quit when they become pregnant, and do not indulge for the duration of the pregnancy.

Common reasons that pregnant women are reaching for cannabis include:

A valid question often pondered by the newly pregnant woman is, will marijuana hurt my baby? Often women who were using marijuana to treat health condition before the pregnancy feel the need to continue the medical cannabis regime. However, there are some considerations to take note of.

Cannabis has over 400 active chemicals in its make-up. Some of these chemicals cross the mother’s placenta and enter the fetus’s tissues and brain.

The pregnant mom using cannabis is providing her baby with a third to a tenth of the amount of THC that she is absorbing. The other well-known agent CBD has been noted to raise the permeability of the placenta. This allows THC among other foreign substances to pass directly into the baby’s bloodstream.

Cannabis can affect the way the placenta functions in other ways also. The reduction of oxygen and blood flow can affect the growth and development of the child.

Overall the studies for the effect of cannabis on pregnant women and their unborn child indicate that there is a risk for stillbirth and low birth weight. Studies in Ontario, Canada have revealed that regular users of cannabis are more likely to give birth to babies with low birth weight.

So, it appears that the medical evidence on safe cannabis use during pregnancy is still being decided. It is an important note that the method of consumption is questionable. Smoking of any substance can cause health problems.

Using cannabis in other means such as edible is still a controversial issue. The ingredients are always getting into the baby's bloodstream.

If you choose to incorporate cannabis in your pregnancy, do it with caution and the advice of your health practitioner. Marijuana is legal in Canada and informing your doctor of your decision to use marijuana will not have the police at your door. 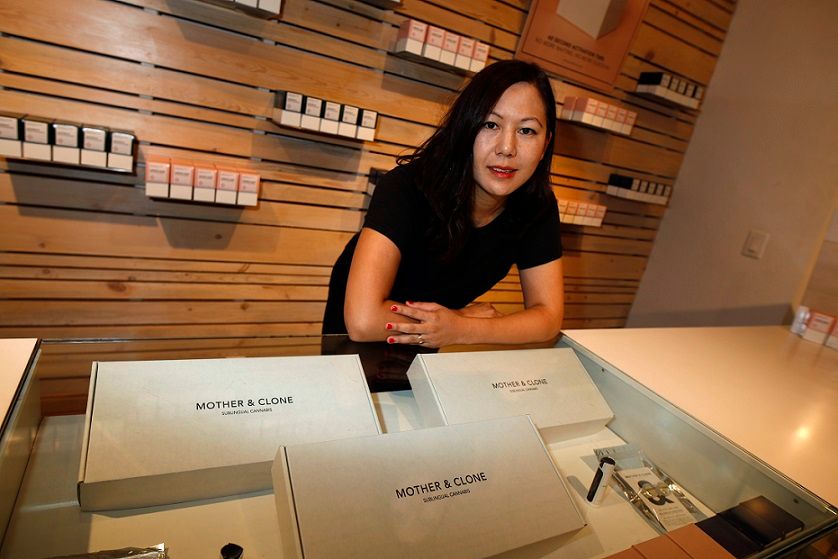 Pregnancy started out rough for Leslie Siu. Morning sickness and migraines had her barely able to function so, she turned to marijuana....