Ontario is now using Buzzfeed to survey Canadians on cannabis

Canadians, in general view the federal marijuana legalization as a positive move, and while 57% of people surveyed on smoking weed, do not like the smell, 60% of Canadians surveyed feel that the smell of marijuana is a minor or major problem. The survey shows that Canadians want the privilege of smoking weed legally in Canada, and all of these statistics, according to Buzzfeed, are the results of surveying Canadians online.

Spring 2019 was the time frame of the first two conducted surveys. These questionnaires indicated that about 24% of Canadians who use cannabis feel very safe, driving under the influence of marijuana. This number is compared to the 5% of non-consumers. Although 76% of the non-consumers of cannabis feel the practice of driving while using cannabis is very unsafe, only 14% brand this practice as somewhat risky.

Canadians that were asked how they feel about being in a car driven by someone under the influence answered, and 35 percent of cannabis users and 9 percent of non-users believe they would feel comfortable in this situation.

The opinion of our first responders

Fifty-seven percent of responders were asked to rank statements about the strongest to the weakest argument for the legalization of marijuana. The question,  would people drive under the influence of cannabis rated as the overall most persuasive argument against the legalization of cannabis. Canadians gave this question priority over underage use and seeing marijuana as a gateway drug.

The buzz on Buzzfeed

Ontario is trying to attract the attention of young drivers who smoke weed by paying for adds in BuzzFeed. These ads lead interested participants to a quiz in the effort of attracting the needed concentration of young drivers. Currently, young motorists can look at two published quizzes on the provincial site. Both quizzes are labeled clearly indicating that the Government of Ontario promotes the quizzes.  What these quizzes have cost the Ontario Government has not been made public.

The first quiz was called “How Many of These Things Have You Done While High?” The second quiz was titled "The Most Stressful 'Would Rather Quiz for Marijuana Users. After the surveys are complete, the government displays a message that gives a warning against the risks of driving while under the influence. The message also provides alternatives to driving high, like calling family members and asking for a ride, using public transportation, or staying over for the night at a friend’s house.

Statistics show that the younger the driver is, the most likely that they will drive after they have consumed marijuana. The Ontario government plans to reach these young people through the social media platform they like to use. Hosting the quiz on the popular websites that young people use is the Ontario Governments hope's way of reaching young people. The ongoing campaigns are designed for reaching young people and educating them about the dangers of driving while under the influence of smoking weed.

Cannabis jobs are everywhere and available to nearly everyone. Social media platform, such as BuzzFeed, are now covering agencies that are actively seeking cannabis workers. The worldwide cannabis industry has created some exciting new jobs, and as the date creeps ever closer for the legalization of edibles, lotions and infused drinks in Canada, the need for workers will continue to grow.

So, take a moment to roll a joint, read about the cannabis culture on BuzzFeed, and most importantly enjoy having access to legal marijuana. 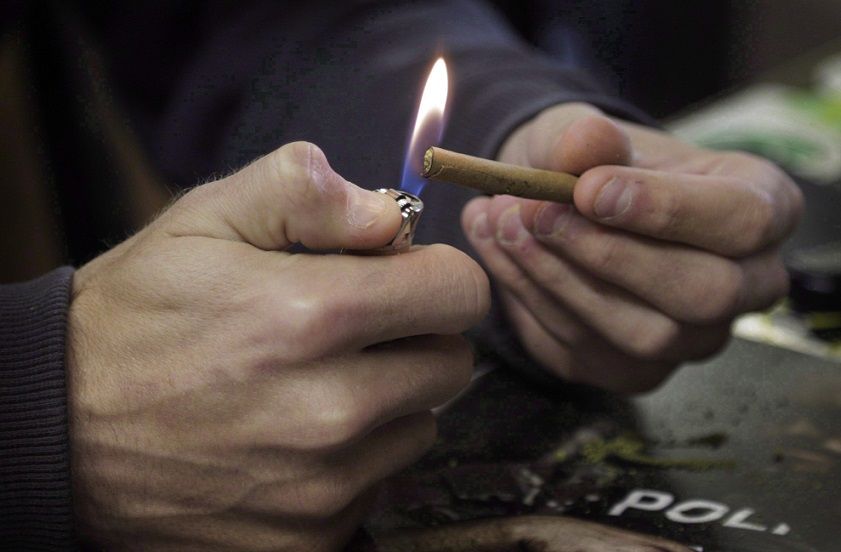 Statistics Canada says Canadian men are almost twice as likely to use pot as women. New data from the National Cannabis Survey today shows 16% of Canadians....