Everything that you need to know about smoking seedy weed

It can happen to the best of us, especially when it comes to outdoor crops, as it really doesn’t take much for one lonely male to pollinate hundreds of females within a several mile-wide radius. Cannabis seeds can appear when we least expect them to, and that’s why it’s so extremely common to get a crop or a bag from your local dispensary that has these annoying pieces scattered throughout the flower.

This is one of the reasons why so many cultivators take such strict steps to avoid contamination by wearing full-body gear and even PPE that is completely sanitary and disposable, but once you’re past the point of no return, and left with a pile of weed seeds in your buds, there are only so many options. You can toss it, and lose out on all of that hard work, or you could process the plant materials along with the marijuana seeds into oil or some other concentrate, but for those who have invested their last few dollars, or prefer the enjoyment that pure flowers can offer, one question remains.

Many people wonder if cannabis is safe to smoke when it’s full of a bunch of seeds, and if it is, in fact, safe as far as the lungs are concerned, whether or not there are any other potentially adverse effects that they should be privy to. Since this is such a common problem, we feel the need to answer these questions in-depth, so that consumers know what they’re getting into when they’re inevitably faced with this scenario.

Is it risky for your health to smoke cannabis seeds?

Marijuana seeds consist of completely non-toxic plant matter, so they are entirely safe, as far as we can tell, to smoke along with flower, which means that if you find them in a bag, they aren’t going to make you sick, but unfortunately that doesn’t necessarily translate to a truly enjoyable experience, as you will soon find out.

Cannabis seeds are incredibly annoying when they get lodged in a joint roll or stuck in your grinder, but the absolute worst thing about them is that they taste terrible when they’re smoked, which can completely ruin the normally delicious flavors of your weed. This might sound strange at first, after all, the materials all come from the very same plant, but those yummy trichomes and terpenes that you’d normally bask in simply don’t exist in weed seeds.

Unfortunately, what they do have is a whole lot of fibrous material, so when these bits of the cannabis plant are burnt, they leave behind a distinctive and shocking level of taste that many compare to charred popcorn. It’s certainly not going to be enough to hurt you, but they could leave you coughing or with a burnt tongue feeling, and both of those things can significantly impact the flavor of your herb in a bad way.

If you’re one of the truly unlucky ones that have a crop that gets hit really hard with a foreign dose of pollen, then the weed seeds that develop could seriously reduce the quality of your cannabis, and it’s not just the taste that is impacted. Since cannabis seeds are a fair-sized, they take up a whole lot of room and add weight that otherwise wouldn’t be there, which results in a double whammy as far as potency is concerned because they also don’t contribute any cannabinoids to the harvest.

That’s right, those heavy, irritating cannabis seeds might look pretty and be attached to a fully matured plant, but they have absolutely nothing in common with the flower materials that surround them. To put it more simply, if you had one gram of two identical plants, with one that had been pollinated, the bud would weigh more, but it would have far less for cannabinoids like THC or CBD, which are the elements that influence how you feel right after taking a bit hit off of a joint.

In their absence, your buds won’t be nearly as strong or effective, which means that you will need to smoke way more to get the same results, so you’re also going to find that you go through a whole lot more weed than you’re probably used to with better quality product, and you still might not be satisfied once all is said and done. Now, of course, this isn’t the case with all seedy cannabis as there are various levels of seed production to consider, but it will greatly reduce the potency of what could have been a stellar harvest.

So now that you know what smoking seedy weed can do, it’s time to highlight one of the only real dangers of applying heat to cannabis seeds. These little balls seem nearly indestructible, and carry a wood-like texture that might have you believe that they’d burn away slowly just like a chunk of wood, but the way it works is much more like popcorn kernels which explode to produce the light and fluffy snack.

Sadly, marijuana seeds aren’t nearly as fun to watch heat up, especially when they’re in a joint or well-packed bowl, because they can and often will explode, and that can result in flying hot coals and joints that get ripped wide open due to the incredible amount of pressure. These things might not be overly dangerous, but they are something that every cannabis consumer should be aware of, as they tend to hit sensitive areas like the eyes or mouth, which can be quite painful.

The best ways to deal with weed seeds in your flower

Now that you know everything there is to know about smoking seedy cannabis, it’s time for us to discuss some of the different ways that you can choose to deal with the problem. Some are certainly more effective than others. However, all three of these solutions will work to at least reduce the effects that cannabis seeds can have on the experience of getting high.

1. Remove them manually
If you have a really bad case of seedy weed, then this might not be the best option, as it can be time-consuming to do, and even if you do manage to remove every single one, they will leave behind dried up shells that will still produce that lingering taste we talked about earlier. The best way to use this is by hand, using your fingers to gently shuffle through the bud and pinch any seed casings which should make them fall right out.

2. Make the flowers into a cannabis concentrate
If removing the marijuana seeds sounds like way too much work, and you’re open to trying or using other more potent cannabis concentrates like cannabis oil or cannabutter, then the best choice might be to toss the whole pile into the solution. Cannabis seeds might taste awful when they’re smoked, but that quality doesn’t carry over when they’re included in plant materials that are used to make concentrates. They strain right out, and you’re left with only the best element, which is why this is a preferred method of dealing with seedy weed for many cannabis consumers.

3. Use an electric grinder to break them down
If you aren’t willing to budge on the idea of a freshly packed bowl, and you’re really not interested in dedicating a whole bunch of time to the removal of the cannabis seeds, then you are left with only one option other than tossing it out, which would be a waste. Using an electric grinder will help you to avoid clogged or broken manual grinder, and it will reduce the cannabis seeds into dust so that you won’t see any sparks flying that may cause burns when you smoke them, but unfortunately, this method isn’t typically ideal, because it still leaves the strong taste that can ruin the natural flavors of your buds. 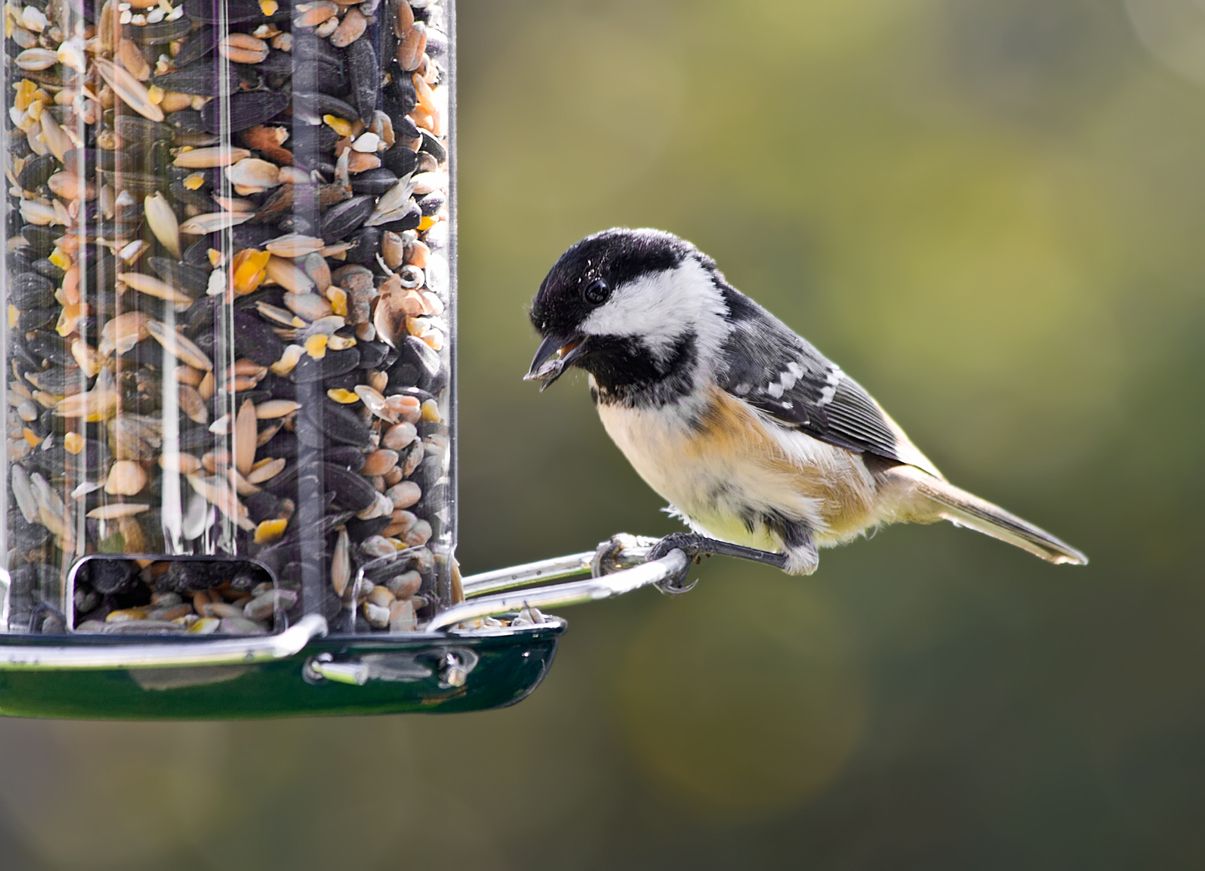 How cannabis seeds in bird feed may threaten growers’ crops

Providing food for the birds needs to be done with sterilized bird food....