Now that legal marijuana can be grown in Canada, there are a lot more novice growers that are trying their hands at cultivation to save money. This is an excellent idea, and more than worth the time that you must wait, but one of the most essential skills that are required for growing marijuana is the ability to tell a male cannabis plant from a female as early on as possible. If you are new to the industry and have never dappled in growing marijuana, then you might not even know that this is necessary, but to pull off a successful harvest, it’s best to learn before you begin to run into trouble. Here we will cover why this is vital, the difference between both sexes of the cannabis plant, how to spot these things for yourself, and a handy tip for avoiding having to go through this process every year going forward.

Why you need to know the difference

Growing marijuana is a relatively easy task if you know what you’re doing, but if not, you could dedicate months of hard work for absolutely nothing. Germination is the very first growing stage for cannabis plants, but shortly thereafter, they begin to develop the necessary anatomy to reproduce. Though many plant species are equipped with both male and female parts, the cannabis plant right from seed will be either male, female, or hermaphrodite. Below you will find the characteristics and results of all three of these plants coming to full maturity.

The difference between male and female cannabis plants

The male cannabis plant- The males will start out looking exactly like the rest, and they will not begin to reveal themselves until after the leaves and branches have been established. Before the flowering stage, male plants will start to develop balls of pollen underneath the leaves. These are often mistaken for new growth in plants that are not closely monitored. Once the plants mature, they release that pollen to pollinate the females. A female plant that has been fertilized (which occurs when the dust comes into contact with the pistils) develops bud flowers full of seeds, and the males will never produce colas, only leaf.

The female cannabis plant
The female plants are the ones that are sought after by those who are growing marijuana. They are the producers of high quantities of cannabinoids and bud flowers that can be smoked or turned into concentrates. The buds are full of THC, CBD, and hundreds of other terpenes and cannabinoids that when combined, produce the smell, taste, and high that is expected by both recreational and medical consumers.

The hermaphrodite cannabis plant
Most cannabis plants that are assumed to be male are hermaphrodite, and they will act in a very similar way, with the main difference being that these may also produce small amounts of bud that are full of seeds. They will also provide both pollen sacs and pistils, which can be misinterpreted as a sign of being a female.

How to spot a male cannabis plant

A cannabis plant should typically be easily located during the pre-flowering stage if you know what to look for. This occurs for approximately ten days before the plant receives 12 hours of both daylight and darkness. The area that this is most visible is where the branches meet the main stems. Male cannabis plants will produce small ball sacs that can be easily mistaken for new growth. Females will begin to produce bracts, which are small and resemble the stigmas they will eventually create.

If both sex organs are present when you are growing marijuana, then you will want to remove and or destroy it, so that it doesn’t manage to pollinate other females in your grow room or garden. A male cannabis plants pollen can travel incredibly long distances, even when indoors without any help from the wind. This is why it is so important to be careful of how you dispose of or store a male plant so that you don’t hinder your progress or that of others who might reside in your area.

Not all seeds will produce cannabis male plants

Seeds that are harvested from the average person who is growing marijuana are probably going to provide an even number of both male and female plants. This type of weed is often viewed as lower quality and therefore cost much less to buy. However, there is a better way that is worth the investment, and they are called feminized seeds. Specially produced to result in a high-quality product and 100% female cannabis plants. 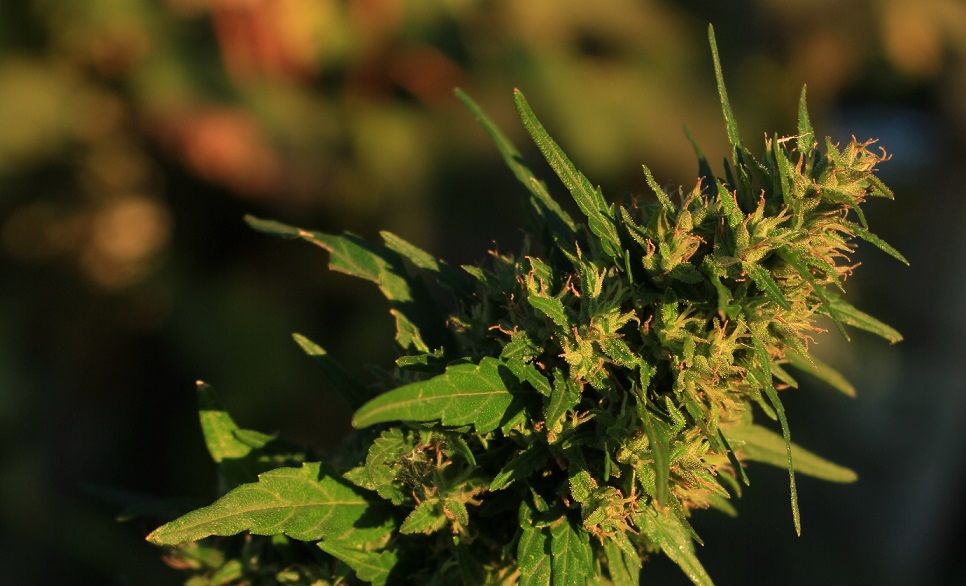 How to get bigger buds during flowering