What's in your cannabis?

Have you ever wondered what it is that’s in a bag of cannabis that makes it look, smell, and taste so good? We all know that smoking a bit of weed can induce an intoxicating high that leaves you soothed and sedated, but there’s a whole lot more to the experience than just the THC, which is believed to be the main psychoactive cannabinoid produced by the species. In fact, there is so much goodness that’s hidden beneath those sparkly crystal covered buds, but most consumers have no idea that it’s there, so today we want to reveal some of the most influential and significant things that you’ll find in your cannabis.

That deep and obvious smell that permeates into every corner of the room when you smoke or grow cannabis is the result of terpenes that are produced by the plant. Each strain of weed comes equipped with a unique terpene profile that can include hundreds of different variations of terpenes. Terpenes are natural scented oils that are products by cannabis plants to ward off predators, but they also produce all of the incredible aromas, smells, and tastes that cannabis enthusiasts know and love so much.

The average cannabis consumer can list two primary cannabinoids, and they are CBD and THC, but these two elements aren’t even raw cannabinoids. They are only the converted versions of THCA and CBDA, as it takes heat in some manner to create the popular cannabinoids, and very few know that, nevermind the fact that there are well over 100 others that are nearly unheard of that are also produced by the plant.

Cannabinoids are typically viewed as the powerhouses of the cannabis plant, as they do all of the most popular work that garners the plant its unique reputation. They induce the psychoactive high and other medicinal based effects that so many consumers benefit from, but they are also one of the least understood of all cannabis-based elements, as is proven by the recent discovery of two brand new cannabinoids that may be even more influential than THC.

Terpenes are one of many different oils that are produced by cannabis plants, but the rest are not so distinguishable with a simple sniff. One of the most popular oils is widely sold as a medicinal supplement, and that’s hemp seed oil. This powerful product is filled with omega fatty acids and cannabinoids, and though it can be found in the highest quantities in the seeds, it is also everywhere else in the plant, including every single marijuana leaf, and stem.

Some consumers swear by pressed cannabis-derived oil, as it can make a great addition to beauty products because it works well as a moisturizer and an incredibly healthy extra for juice or cooking. Cannabis oils are versatile, and won’t ever get you high, but it can do some amazing things for your overall health, both inside and out, and it’s in every different kind of strain. Though it may not be ideal for recreational consumers, it is an excellent choice for health-focused patients who don’t want to get high.

These, of course, are not the only things that you can find if you delve into the true materials that make up the cannabis plant, but they are some of the most popular, yet least talked about on the market today. Not every cannabis enthusiast cares about what they're smoking or eating, but the more that you know about it, the better control you can maintain over the entire experience, and that’s a really good thing. 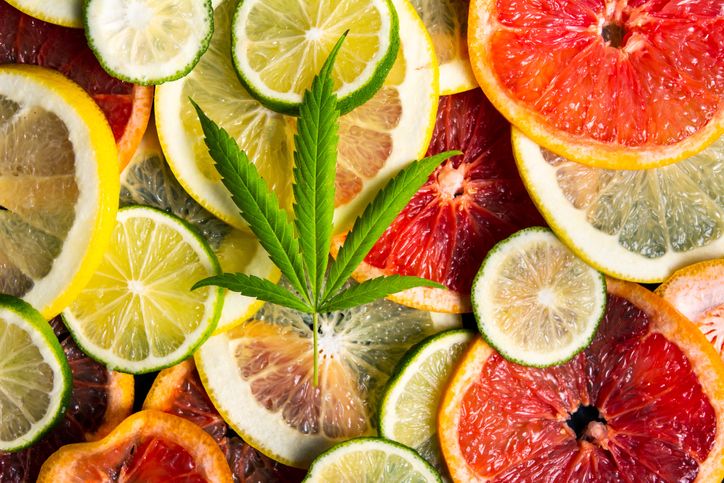 Choosing the best cannabis strains for their taste

This incredible feature is present thanks to the hundreds of unique combinations of terpenes....