It’s now been almost two full years since Canadians saw the first day of legalization become a reality, and the evolution of the market has just recently picked up in pace to include new and more enticing options for cannabis consumers. Edibles were the last big hit, reeling in a crowd of non-smokers that would never have considered any other means of consuming the plant, but now the tokers have something to get excited about, with the introduction of the very first legal filtered joint.

On September 28th, THC BioMed announced that it had shipped the very first filtered pre-rolls called Pure Cannabis Sticks to a select few recreational cannabis dispensaries in Canada. There have yet to be any formal guarantees from the company regarding when eager Canadian cannabis enthusiasts will be able to get their hands on some, but the filtered joints are expected to hit recreational store shelves at some point in October.

Pure Cannabis Sticks are the very first Canadian pre-rolls to hit the legal market that include a filter tip. Each joint comes equipped with a commercial-grade filter and contains a total of 0.6 grams of dry cannabis, packed by a THC BioMed automated machine.

Where to buy them

We aren’t sure when Canadians will see these incredible new cannabis rolls on the shelves of recreational dispensaries, but we do know that their availability will be limited. Though the company has promised to eventually expand the list of stores that carry Pure Cannabis Sticks, for now, the fist shipments are destined for consumers who reside in Saskatchewan.

Do filters really make a difference?

You might be wondering if this extra feature will be worth what will likely be a higher price tag, but the answer is a resounding yes. The addition of a commercial filter tip is nothing like the rolled up bit of cardboard that you likely install in your joints at home. It is built like a traditional cigarette filter. Though the jury is still out on the exact difference that a filter makes, we do know that they can filter out excess resin and harmful toxins that are found in cannabis smoke, and that’s a really good thing for the health of smokers.

All about THC BioMed

THC BioMed is the oldest active cannabis business in Canada. Since its creation in 2012, the company has maintained a steadfast focus on new advanced products that aren’t yet available on the legal market. Right now, THC BioMed holds several different cannabis licenses that allow them to sell, cultivate, extract, and create both edibles and topicals for the Canadian market.

Other cannabis products from BioMed

THC BioMed has promised that the rest of Canada will soon receive their own shipments of Pure Cannabis Sticks, but in the meantime, the company has released other hot new products across the country that are worth checking out. The latest BioMed product to hit the market is the THC KISS Cannabis Drink, making a grand appearance on the shelves of recreational dispensaries right across Ontario just last week.

On June 4th, THC BioMed shipped the first batch of THC KISS Cannabis Beverages to various recreational dispensaries in Ontario. Shortly after, Saskatchewan saw its first shipment arrive. Each bottle of the new KISS drink is 30ml and contains 10 mg of THC, the maximum amount set out by law. You can either take it like a shot of alcohol or mix it into your favourite beverage for a fast cannabis-infused drink, offering an experience that is one step up from traditional edibles. 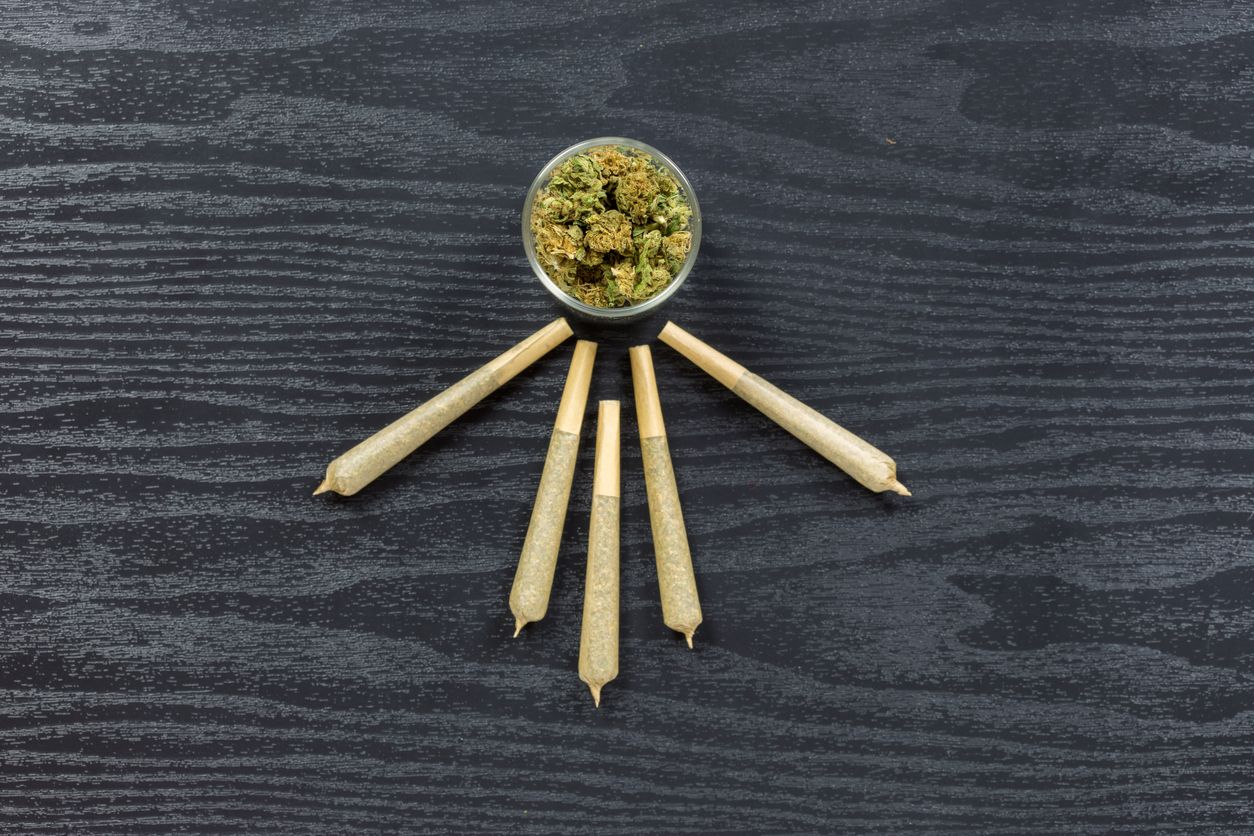 Are pre-rolls and other prepared cannabis goods risky in a pandemic?

Pre-rolls that have been rolled by an unlicensed individual certainly pose a higher risk than those that are coming out of factories....