In Strains and Products
Updated2 years ago5 min read

A well-seasoned cannabis consumer can often predict the kind of effects that a specific strain might have on them based on prior experience, and that truly is the best way to learn. However, not everyone is fortunate enough to have such an enriching history with different weed strains, and that’s where helpful guides like this one can come in handy.

If you have at least some experience with weed, then you might have noticed that each time you smoke, vape or eat a new strain, the results are vastly different, and often unpredictable, but one thing remains relatively consistent the entire way through, and it’s that most will induce sensations that are felt in either the head or throughout the whole body.

What is a body high?

A body buzz is a slang term for those tingly sensations that you can feel shooting through all of your extremities after smoking weed. This sensation is often described as similar to the weird numbing feeling that you get when a leg or arm falls asleep, but it’s generally paired with a full sense of relaxation that can go all the way from the tips of your toes to the end of your fingers. It might make you feel lighter or heavier depending on the intensity, but it usually leaves the mind alone, so it’s not inherently sedative.

What is a body buzz good for?

A head buzz is perfect for those days where you want to sit back, relax, and zone right out, which is why it’s an excellent tool for those who have trouble sleeping, but not everyone needs that level of sedation to achieve their desired results. A body high, on the other hand, feels like it affects the biggest portion of the body while steering clear of the head for the most part.

A good body buzz can help to melt away pain, reduce anxiety, and it can help to make you feel great in general, but the best part about this kind of effect is that it leaves your mind clear and ready to focus. This makes it less likely for your motivation to take a dive and keeps things like reaction time and imagination at peak performance, which is why it’s ideal for during the day when we have the most responsibilities to maintain.

Despite the fact that we as consumers tend to be aware of the different possible effects, experts and scientists aren’t yet sure of how it all works. So far, the majority agree that it has something to do with the unique concoction of cannabinoids and terpenes that slightly differs from one cannabis strain to the next, but until they’ve figured it out for sure, looking for a label isn’t going to get you anywhere.

Your best bet is to work with honest personal reports from other consumers, because that is where you will find some consistency, and that is how most strain databases are able to describe all of the potential effects from different types of cannabis with some pretty reliable accuracy. Unfortunately, most libraries that cover weed strains sensationalize things like the lineage, or the flavor, which can make it tedious to sift through, which is why we’ve decided to bring you a list of the ten best ones out there for a body buzz.

1. Gelato
The Gelato strain is a 55% Indica dominant hybrid that tastes super sweet and offers a moderate level of THC that sits around 20% on average.

2. Willy’s Wonder
Willy’s Wonder is often touted as a pure Indica, but in reality, it only contains around 75% of those genetics. Despite the heavy Indica label, this cannabis strain sits in a perfect range of around 17%, which makes it perfect for novice consumers.

3. Platinum OG
The Platinum OG strain comes with an unknown origin which keeps it labeled as a hybrid, and it is a legend for good reason as it’s potent THC amount typically sits between 19% and 25%,

4. Mulberry
Mulberry is a 60% Sativa dominant hybrid that comes jam-packed full of delightful fruity flavors, but its popularity comes from its impressive yet reasonable 21% THC average, which keeps even the most experienced consumers coming back for more.

5. Skywalker OG
The Skywalker OG strain is believed to come from a Sativa origin, and it’s earned its name due to its unique combination of effects that are intense and make you feel like floating while still leaving your mind clear to think.

6. Golden Goat
It might have a hilarious name, but the Golden Goat is a 65% with a 22% THC average. This Sativa strain tastes just like Skunk, and its effects are serious business, particularly for those with pain or nausea who want to stay active.

7. Northern Lights
Northern Lights is a rare pure Indica that is a descendant from Afghani and Thai which are both landraces weed strains. Though it might hail from some of the ancients, it comes with a relatively low average of between 17% and 19% THC, which make it great for daytime use.

8. Pineapple Express
The infamous Pineapple Express is so incredible that Hollywood based a whole movie on it, and this 60% Indica dominant hybrid does not disappoint, as it weighs in with a THC level of around 24% and comes fully equipped with a mouthwatering tropical aroma.

9. Sour OG Kush
Sour OG Kush is an evenly split hybrid that truly offers all of the best of both worlds, with a light full-body effect, sweet, sour, and herbal aroma, and around 17% THC on average.

10. Grandaddy Kush
Grandaddy Kush is a 75% Indica dominant strain, which is why it’s often recommended for nighttime use, but regardless of its label, the effects can be well suited to daytime consumption as well in smaller doses. This weed strain’s THC content weighs in at 20%, but the potent combination of terpenes and cannabinoids is enough to send you on a trip while still getting things done. 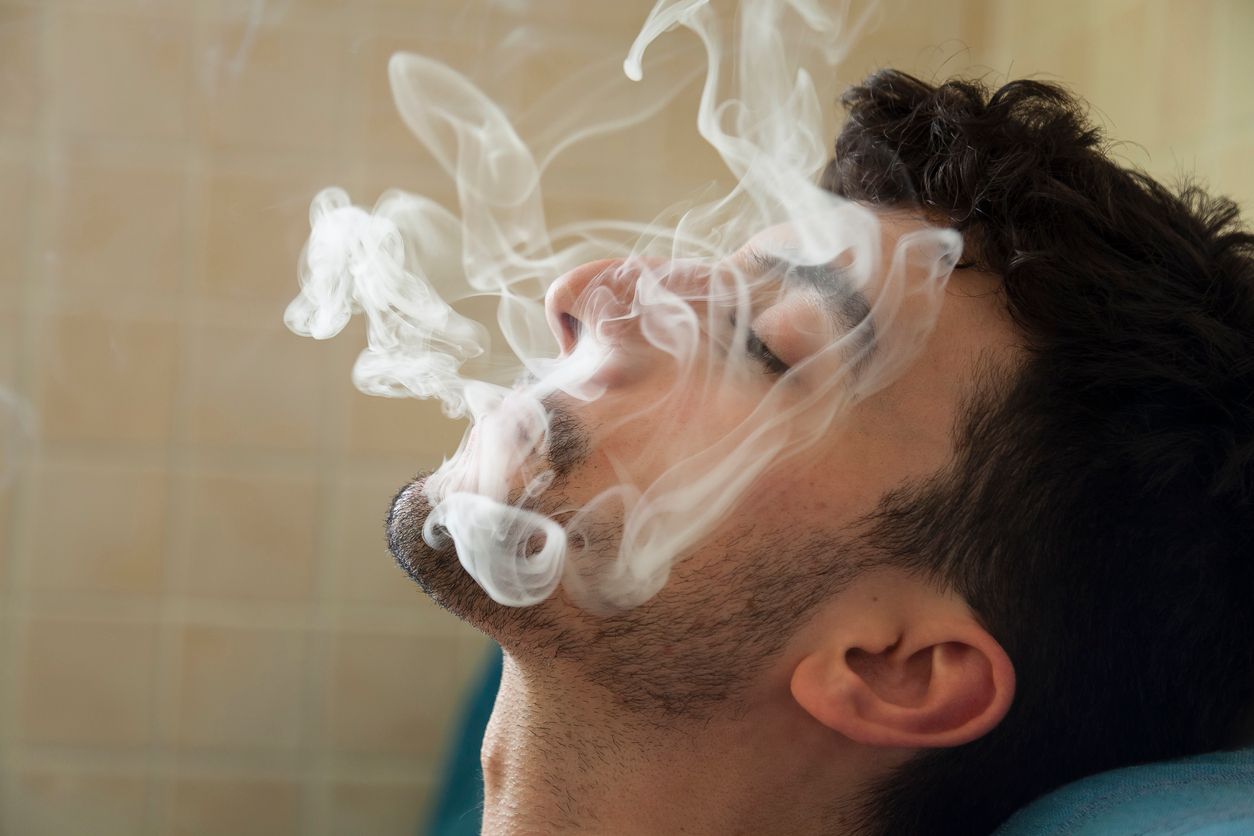 We all have our favourite weed strains, but sometimes we need a little bit more from our cannabis than a good buzz....