Could fish help us to speed up cannabis research?

In Science and Tech
Updated2 years ago4 min read

Normally, when we need to test something for humans, we start clinical research using subjects that share similar traits to us genetically. Most know that this has happened with monkeys, mice, rats, rabbits, and other small mammals that are easy to contain, but the idea of us having anything at all in common with fish is something that is unthinkable to the majority, yet it’s one of the best subjects that we’ve found for cannabis research.

Do fish have an endocannabinoid system?

We might not look, sound, communicate, or breathe oxygen through the water quite as fish do, but we do have one essential component in common, and that is the presence of an endocannabinoid system. This alone makes it so that fish are the perfect specimens for cannabis research, but it’s not the only reason that we’ve settled on something so small and different from ourselves.

Fish may be a far cry from anything human-like, but they do react in the same way as we do to cannabinoids, and they even have a similar brain structure to us, though they are, of course, much smaller in size, and that feature makes them perfect for clinical trials for cannabis products as it is really easy to put a whole bunch of them into contained quarters while maintaining constant and recorded supervision. They are also cheap, and savings are important in the big world of cannabis science.

It depends on the study in question, as some focus on CBD, while others are CBD or strain-specific, but in essence, the fish are provided with a measured dose of the cannabis ingredient(s) in question, and then afterward, the scientists monitor the fish for potential effects that might be difficult to see for the untrained eye. In order for this to work, the specialists must have a fair bit of knowledge in regular fish behavior so that they are able to confidently notice less subtle differences.

Where the practice has been implemented in cannabis research

Some companies are using small zebrafish to help them to identify and organize cannabis strains based on their possible effects, something that could take many years longer with human subjects. This isn’t a new idea either, as, in the past, these same fish were used to determine which strains might combat specific medical problems such as Parkinson’s disease, seizures, Autism, sleep issues, and anxiety.

The whole idea for the zebrafish testing model was designed by an applied science arm for cannabis called the MIGAL Galilee Research Institute, a subsidiary branch of the popular biotech company Evogene, but since then, it’s been used in dozens of cannabis research studies, and the breakthroughs that we’ve received through this method of study have been life changing for millions of people.

The benefits of such fast and efficient testing

Think about how hard it is to pack a whole room full of participants for a mere 30 minutes, and then consider how many fish can spread out across one fish tank. It really doesn’t take long after that to see how this beneficial testing method can speed up the rate of cannabis research in a variety of ways, all of which benefitted both the recreational and medicinal consumers.

Fish don’t have families to go home to, which makes it difficult to maintain individual and effective monitoring, and they also don’t need to get paid for each study, saving researchers thousands of dollars that can be averted to somewhere else towards research to make a real difference. They also don’t need a whole lot of room, so a space that could normally fit 30 people while they sat up could contain thousands of fish that could all actively be part of the experiment.

The faster we learn everything possible about cannabis, the sooner we’ll be able to use it effectively to treat quite a few different medical conditions and to help us to improve ourselves with specific features, like offering a boost of motivation, a deeper level of sleep, a reduction in pain, or more simply a better mood, because cannabis can offer all of that and more right now, we just don’t quite know how to harness the effects yet.

Is cannabis safe for fish?

A lot of people read studies like this and then think of household pets that should not have THC in any amount without risking their health, but fish are quite a bit different. Though they are more sensitive than we are to small amounts of cannabinoids, they can handle low doses quite well. Now that doesn’t mean that we’re suggesting that you start growing cannabis for your fish as the long-term benefits are uncertain, but the practice doesn’t hurt the fish when they’re used for cannabis research.

Should you give weed products to your fish?

Some experts recommend small doses of CBD for fish, as there is some evidence to show that it can help with certain common conditions such as stress or a lack of appetite, but we still aren’t entirely sure of the long term effects versus benefits, so it probably isn’t worth the investment at this point in time. That may change in the future, but for now, you can hog all of your weed, and we promise that your fish won’t mind a bit. 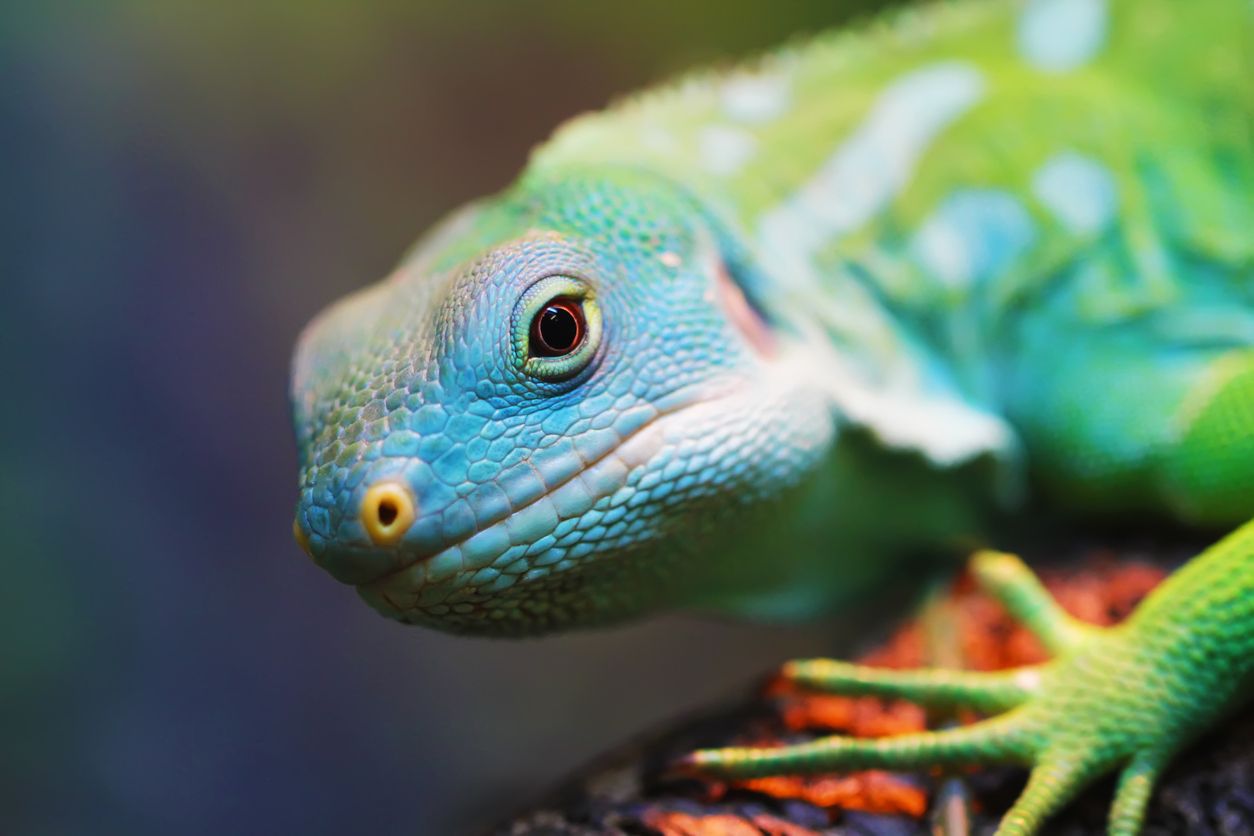 The benefits, side effects, and dosing of CBD for reptiles

We have touched a little bit on smaller animals like mice, rabbits, and even birds, but are reptiles able to garner the same benefits?...