How to make a baked apple crisp dessert pizza

Traditional sweet desserts have their place, but there is no denying the fun that can be had when you dive right into a delicious dessert pizza. It might not be the kindest on the waistline, but the delicious cinnamon and apple combination is everything that you know and love from the original apple crisp. Only it comes fully equipped with a crust that makes it look just like a pizza.

The perks of dessert pizza over traditional apple crisp

The biggest perk is perhaps the least obvious, as the fad for creating foods that look like other foods has taken off, some question whether or not the additional steps are worth the outcome, it all appears to be little more than a visually appealing show that works for entertaining. Still, the truth is that the effort is more than worth it because, with dessert pizza, you’ll never need a fork or even serving plates again, as the flaky crust holds it all together in one clean easy to handle slice.

This dessert recipe might look super fancy, but it’s simple to make, and it comes filled to the brim with a potent dose of cannabinoids thanks to the addition of cannabutter to the homemade topping layer. So if you’re looking for something new and exciting that will work perfectly for edibles with an apple base, then this is an excellent place to start.

Once you’ve completed this dessert recipe, you’ll need to leave it to rest for long enough to cool before storing it in an airtight container in the fridge. As long as it’s stored promptly and appropriately, you’ll be able to enjoy your homemade edibles for up to five days after making a batch. If you want them to last even longer, there’s always the option of freezing them, but then you’ll need to defrost each one when a craving hits, so it’s entirely up to you which one you choose. 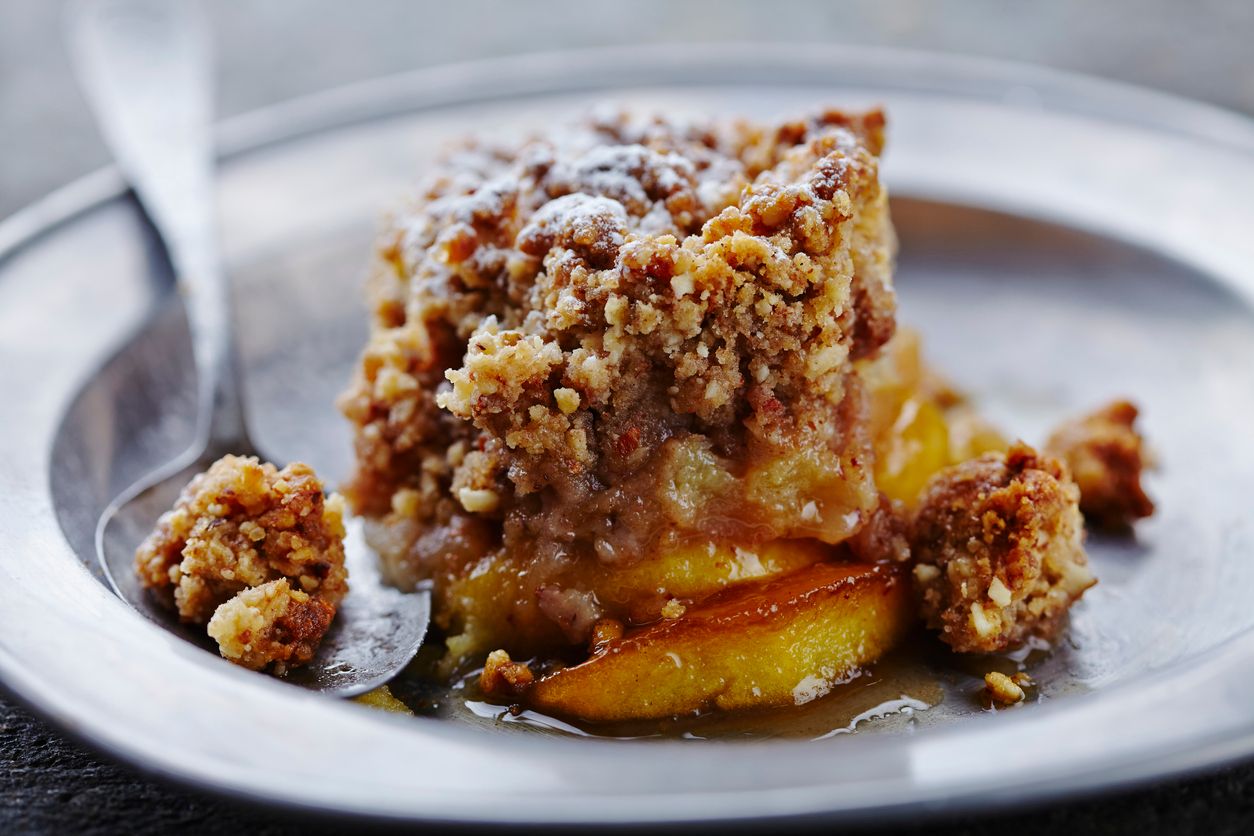 An old-fashioned apple crisp recipe with a kick

This apple crisp recipe cuts out all of the unnecessary sugars so you don’t have to feel too guilty when you indulge....