Cannabis dispensaries worldwide face a multitude of barriers and rules that hinder their ability to do business. There are strict rules as far as supply, high applied taxes, and training for employees, but one of the biggest hurdles that they face right now is a lack of access to banks who are willing to associate with the highly sensationalized industry.

This is mainly due to the fact that bank regulators can discriminate against companies who choose to do business with a dispensary, creating a risk that does not exist with any other major industries, and it’s also why over 50 state banking associations are begging the United States government to step in bypassing the Safe Banking Act.

What is the Safe Banking Act?

The Safe Banking Act is a marijuana banking bill that was designed to protect banks and other financial institutions, but its main purpose is to force these agencies to do business within the cannabis industry. It would put a stop to current issues with discrimination, and it would take some of the risks off their shoulders by allowing insurance protections that every other market is currently covered by, as long as the businesses in question are located within a legal state.

The Safe Banking Act is not a new idea, and it was initially approved by the House early last year once it became obvious that more US states would follow suit by introducing their own forms of legalization. Unfortunately, it has yet to pass, due to a lack of support from those who believe that the act is not enough protection alone. Since it does not formally legalize cannabis at the federal level, bank regulators and the federal government will still be free to punish banking institutions for their actions.

Why is cannabis banking so important?

A lot of consumers know that dispensaries might have trouble finding a reliable bank that is willing to work with them to make their business a success, but few have any idea the toll that this one seemingly insignificant difference can make on whether a company lives or dies. The truth is that a lack of cannabis banking puts dispensary owners, employees, and consumers at risk, making it a challenging investment to feel good about, no matter how financially viable long term it may be.

Every business deal with money, and it’s a necessary evil in all things, but a cannabis dispensary deals with a tonne of it. While the average company receives more than 50% of its profit through debit and other digital transactions, cannabis businesses make every single cent in cash. Imagine how much more difficult this is to track and how dangerous it is, as it entices thieves who are looking for a quick cash grab.

Imagine being handed thousands of dollars for a product you’ve just started selling and having no place to keep all of that money safe. Think of how hard it would be to keep employees without an agency willing to complete an official payroll, or how terrifying it must be to know that after a theft, you have absolutely no way to reclaim stolen funds through traditional avenues like insurance.

What would you do? Would the risk be worth it in the end? Would you have a difficult time finding investors if you couldn’t keep the precious and expensive profits and cash safe? These are the questions that dispensary owners and investors everywhere are asking because they’re at their wit's end, trying to compete in a high-profile market without the assistance or backing from cannabis banking.

Is there an end in sight?

Senator Cory Gardner said just last month that a change to legislation might be coming sooner than we thought, thanks to some interesting discussions that have taken place behind closed doors out of view from the watching eyes of the public. So, while it remains unclear how extensive this new marijuana banking bill might be, it has become necessary as more and more states choose to adopt legalization, which means that dispensary owners and investors are sure to get relief. Now it’s just a matter of figuring out when that will happen, and what it might look like. 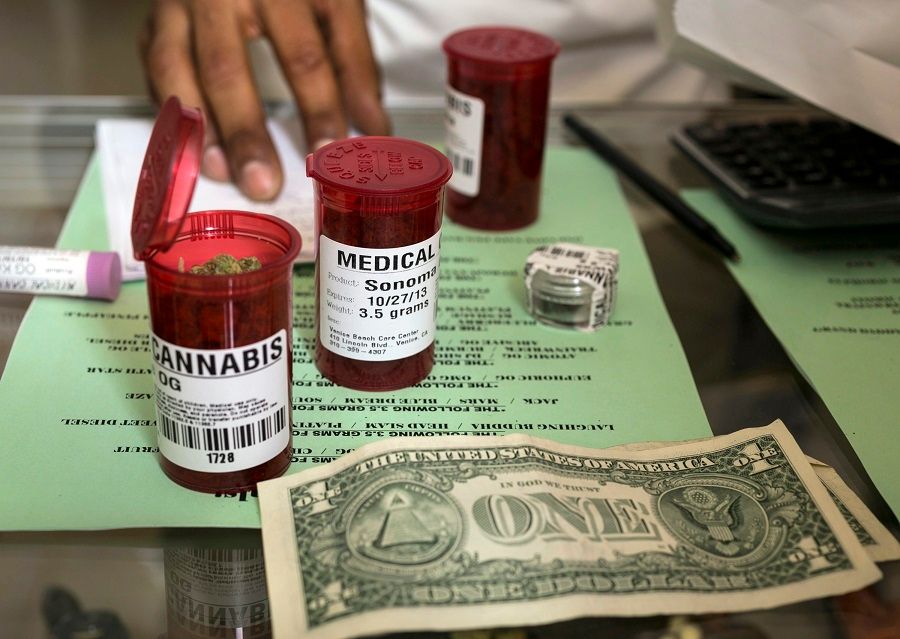 Attorneys general from 33 states on Wednesday urged Congress to approve a proposal to open the doors of the U.S. banking system to legal marijuana industry....