Seized cannabis worth estimates are way too high, and this is why

Despite widespread acceptance of the plant in many regions, people are still being arrested every single day for their association with cannabis. Some of them reside in entirely legal districts that enforce strict rules against maximums for growing and carrying, so it’s still incredibly common to hear of massive busts involving cannabis, no matter where you live.

Most see these highly sensationalized cannabis news headlines, and they are shocked by the sheer amount that is confiscated, so they have very little sympathy for the criminals whose plans were foiled. With estimates of value often reaching into the millions, it’s easy to get lost in awe, but the truth is that these numbers tell you very little about the true value of cannabis that is confiscated.

Why is this happening?

When the government still maintains a strict regulation over all cannabis-related practices, it makes sense for these actions to be demonized as much as possible, and to do that, media and policing agencies release these shocking labels on crimes to keep you on their side. The problem is that they are often highly exaggerated in some way or another, and that is because there is no clear guideline for determining the worth of confiscated cannabis.

How much is cannabis worth?

Police enforcement agencies in each region seem to follow their own set of rules when determining the value of a confiscated cannabis plant or product, so there is no true price of an ounce of weed or anything else for that matter. If you wanted to figure out the true value, then you’d have to take several different things into consideration, and though most agencies openly advertise things like the number of plants or pounds involved in an incident, each one has a different guide that they go by which may only focus on 1 or 2 of the following qualities.

Some law enforcement agencies keep track of the average value of cannabis, and then simply use that number multiplied by the weight of the confiscated product to determine its worth. However, this alone doesn’t provide enough information to come up with an accurate estimate, especially when you take into account things like the way that it’s measured.

Like for instance, in some areas, illicit cannabis plants will be plucked right from the ground with the roots and even the soil still attached, and they’re weighed that way, while others assume an average yield for each cannabis plant, even if the flower doesn’t actually yet exist, and then come up with a supposed guess for value from there.

In the case of pure flower that’s already been harvested, they could be untrimmed and uncured, adding water, stem, and leaf weight that wouldn’t normally be considered as part of the total value at the end of the day for the person who sold it. This may be a vague way to describe how much could have been taken, but it is nowhere near accurate enough to rely on to determine true worth.

Many law enforcement agencies claim to use legal market value to tell them a fair estimate, and this is often advertised somewhere within these types of sensationalized cannabis news articles, but the reality is that those that use this policy will only use the average licit market value, and we all know that their products in general, cost a whole lot more than they do on the black market.

Since in the situations we’re talking about, all of the cannabis products are taken from the illegal producers and vendors, the plants or byproducts that they create would never be worth as much as legal competitors, so it simply doesn’t make sense to use this as a way to measure worth. This influence alone can add up to 20% more to the total value, artificially inflating the perceived size of a crime.

Quite a few police enforcement agencies use black market value to determine the value of a cannabis bust, and this at first might sound like a good thing because we know that the average cost of an ounce of weed from the black market is significantly lower than the competition, but generally, it’s the average price of smaller amounts that are used to calculate the total.

There is a huge difference between bulk purchases of cannabis which is what these confiscations would be, and a small gram or quarter transaction that would fetch a whole lot more money but take longer to sell. This formula estimates the amount that a black-market dealer would get if they were to personally sell small quantities, an assumption that simply isn’t reasonable on such a grand scale.

Most would expect cannabis to be valued according to one of the markets, as that is how we too as consumers determine the value of these products, but some law enforcement agencies choose to advertise transaction value, which is the amount of money that was supposed to be provided in exchange for the goods.

Investigators wouldn’t normally be privy to this kind of sensitive information, but if they happen to make a big bust using their own people on the inside, then they would know exactly how much money was going to be exchanged for the cannabis. This is the most accurate way to determine the value of cannabis plants or products, but unfortunately, it’s also the least used because they don’t always know what a producer's plans are when they’re taken down.

None of the methods used to determine the value of cannabis, consider the quality

We’ve covered most of the main factors that are used to estimate the value of confiscated weed, but some incredibly important things aren’t taken into consideration, like the quality of a crop or product. As we all know, seedy and leafy buds are not going to sell for anywhere near as much money as those that are perfectly pruned and cared for.

The impact of supply and demand

When legalization was first enacted in Canada, the legal price of cannabis sat at around $12 per gram, with many stores carrying products for much higher prices, but the lack of demand for overpriced goods forced the legal market to reduce their expectations, bringing the average all the way down to just over $8 per gram, as their supply increased without the customers to buy it.

The same holds true on the illicit market, and right after harvest season, the average cost of cannabis goes way down because everyone has just taken off their crops, so there is plenty to go around at a discount. Unfortunately, this is not something that is taken into consideration by any law enforcement agencies anywhere in the world.

A good news agency will be rigorous and transparent in their reporting, but unfortunately, that really doesn’t bring a whole lot of action, which is why so many have opted to use clickbait techniques to get you to tune in. This could be caused by them choosing to place their own value on confiscated cannabis, but more often it’s simply an exaggeration of the facts.

One example of this would be if a $17 million bust happened, and the local news decided to round the number up to increase shock value. The difference between $17 million and $20 million is quite significant, but when it comes to breakers of the rules, these oversights are often widely accepted by the general public.

Though we highly recommend that you do your very best to abide by the laws of your region when it comes to cannabis, it is still important to recognize the inconsistent nature of how we treat those who choose to take a stand in order to try something different, with much of it stemming from necessity and the unaffordability of legal access pot products.

So the next time that you check out a cannabis news story that claims a black-market producer has been taken down, make sure to remember that the truth isn’t always as it appears to be, because until we have a reliable and universal system to measure the value of cannabis, the majority of estimates will be too far off the mark to believe with confidence. 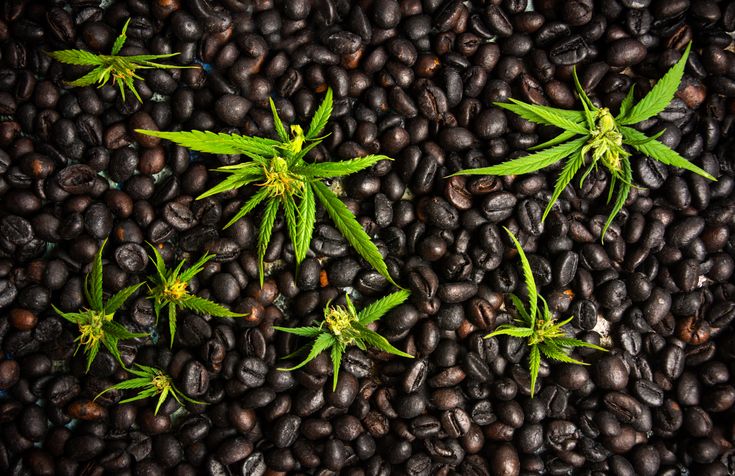 A look at the illegal weed coffee trade in Indonesia

Here weed coffee is a major hit with the locals who pay upwards of $75 per kilogram....