Canadians are fully enjoying federal marijuana legalization, but a lot of people around the world don’t realize that legalization doesn’t mean without restrictions. Canada is nearing the end of year two of legalization, and many of the country’s residents still fear persecution thanks to a long list of regulations that the federal government and provincial governments have deemed to be necessary, and today, we’re going to talk about some of the things, that have to do with cannabis, that are currently fineable and punishable offenses.

If you thought that federal marijuana legalization meant a fair and open market, then you’d be wrong, and there is nowhere that is more apparent than Canada, where citizens can be fined and even jailed if they try to sell cannabis, or any of its derivatives to other fellow Canadians. It doesn’t matter if it’s your mom selling you a few grams from her stash or a random neighbourhood dealer. Anyone who attempts to do so without a business license will face serious consequences.

If you’re a cannabis consumer, then 4 plants likely don’t sound like a lot. In fact, most people have more than 4 regular houseplants, and they don’t even produce anything that we need. If you’re a full-time toker, you’ll likely consume the product of several cannabis plants over the course of any given year, and yet Canadians are only allowed to cultivate 4 at any given time. In most cases, it doesn’t even matter where it’s grown, as the plant isn’t dangerous to anyone, and yet the federal government insists on maintaining this arbitrary maximum.

3. Crossing the border with pot products in tow

This is one of the few things that Canadians find themselves in trouble for that makes a little bit of sense. Though we firmly believe that legalization should be worldwide, many countries like the United States still refuse to accept cannabis as a recreational choice, which means that you can buy a bag of legal weed in Canada, but if you try to cross the border with it, you can be fined, jailed, and banned from ever travelling through again.

Most places see fully realized illicit dispensaries long before they get legalization, as consumers take a stand for what they believe is right once they see that the majority of their neighbours agree with the idea. Well, once the federal government in Canada finally decided to introduce legalization, it took mere days for most black-market vendors to realize that the new cannabis market wasn’t a free space that they could get into.

In fact, most were barred from having any chance to become legal, forcing many unlicensed dispensaries to either close up shop or to continue with business as usual, and with untaxed products, their cannabis is much more affordable, which is enticing for low-income Canadians and medicinal patients who can’t afford exorbitant prices. Unfortunately, every time you buy weed in Canada from someone without a license, you too risk chances and a permanent criminal record.

Canada is a rather progressive country where the health of citizens is concerned, which is why it’s so well known for its free publicly-funded healthcare system, but with health at the forefront, banning of smoking or vaping any kind of products in public has swept across the nation. Sure, you can enjoy a joint on a sidewalk in Canada, but be careful not to get too close to the door of a business or to toke on public trails, as you could find yourself in a whole mess of trouble if you’re caught.

If you’re an avid camper that wants to travel within Canada, don’t worry as there are many parks that endorse the enjoyment of your substance of choice on a campsite, as long as you don’t leave the boundaries of the space that you’re renting, but the majority of provincially funded campgrounds have banned it entirely. If not for the entire year, it will be highly restricted during big holidays when many get the urge to camp, and if visitors don’t heed warnings, they could face fines that range from $150-$500.

If you are familiar with Canada’s drinking laws, then you already know the layout of what Canadians deal with when it comes to cannabis. In Canada, you must keep all cannabis products out of reach from the driver, so no tossing it into the glove compartment, or just keeping it in your pocket. In certain areas, it also cannot be accessible to passengers, so it needs to be placed in a trunk, or as far back as physically possible. That’s right, you don’t even have to be smoking it, and you can get yourself fined, so be careful.

Luckily, in Canada, cannabis flower isn’t restricted by ridiculous limits, but literally, everything that you could possibly put cannabis into is. That includes topical products and edibles that currently sit at a 10mg maximum, which is barely enough to get seasoned consumers elevated. If a legal and licensed cannabis store attempts to sell anything that is over the legal limit, then they can face fines and a loss of their license, and this is a major driver of the black market that remains in the country.

When you go out to buy cannabis products, you will have to bring them home at some point, but what if you were to stop along the way, and what if just before that you had cracked open the bag to take a smell? What if you had a friend who wanted a joint, and you had already smoked some out of it? In some regions of Canada like Quebec, either of these scenarios can land you with a fine, as you cannot travel with opened or unlabelled cannabis products in public spaces.

Canada has some pretty strict no alcohol laws to limit the number of potentially intoxicated consumers on the roads, and that makes sense because once you’re drunk, there really isn’t much that you can do but to sleep it off, as it takes several hours to work its way through your system. Cannabis on the other hand, only takes a matter of minutes to begin to fade away, and yet, if an officer thinks that you’ve smoked cannabis before driving anywhere in the country, you could be fined, lose demerit points or your license, and they may even tow your vehicle.

Federal marijuana legalization in Canada was a great step forward for the world, as it was an official admission of acceptance that sparked a global shift in opinion, but it’s not exactly what most consumers were hoping for when they advocated for the right to enjoy cannabis. Legalization gives the government complete and total control to set whatever limits they want. They can keep certain people out of the cannabis industry and tax every product at a vastly higher rate than most other locally bought goods. They can also limit how much you can make, how much you can buy, and everything in between.

Decriminalization, on the other hand, is the vision that most cannabis enthusiasts had as they marched, chanted, and fought for the right to legally enjoy a bit of weed. Had we gone this route instead of legalization, Canadians would be able to freely grow a whole field of cannabis if they chose to, and they’d be able to sell it just as they can with virtually every other kind of houseplant or garden variety species that exists today. It’d be a free world and a more accepting one, that wouldn’t be punishing consumers for what are often ridiculous legalities. 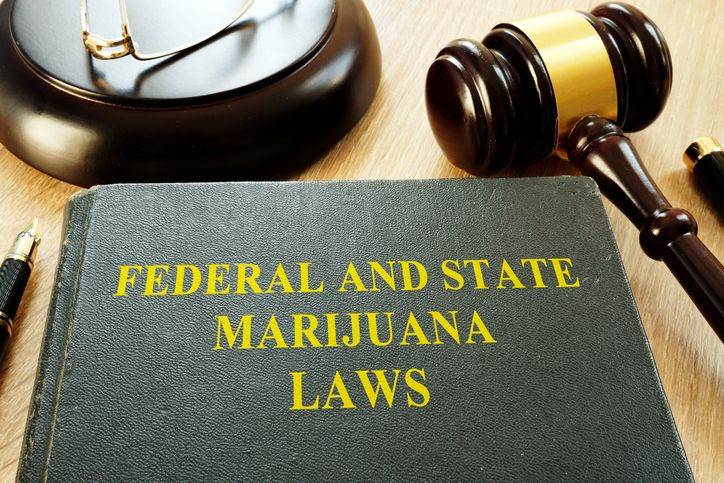 Though there are certainly some exciting benefits to legalization, it also comes at a cost, one that not everyone is happy to pay. ...