Croptober is more lucrative for thieves than robbing a bank

It's October, which means that it’s time for outdoor cannabis growers to be more vigilant. It could be more comfortable and perhaps more profitable to rob the cannabis farmer than robbing a local bank. Security, however, is at a premium, and one cannabis farmer is prepared for the onslaught of thieves in the valley. Christina Lake Cannabis sits on 32 acres of land nestled between two intersecting valleys in British Columbia, Canada. Above these pot producing lands are the mountains that are well known by those who enjoy growing pot.

Help from the wild

Cannabis farmers are now using more sophisticated means of protecting their valuable crops. Back in 2010, RCMP located as many as 26 black bears defending 1000 cannabis plants. Inside the house on the property, RCMP also encountered a raccoon and a potbelly pig—nature at its finest for sure. One can only wonder if this is true or just twisted stories being retold. Some believe there were a couple of environmentalists who were feeding docile black bears. Whatever the truth is, Joel Dumaresq, CEO at Christina Lake, has no intention of using the animals in the wild to protect his company's product.

Joel is convinced that his company is well protected from thieves, perhaps more so than the bank in town. If one were to attempt to gain unlawful access to the property, they would first encounter a ten-foot-high barbed wire fence and security cameras spaced every 50 meters. If, by chance, you made it past those barriers, you would face 10 more security cameras and drones. However, if you manage to get through all this high security, you will meet Nicco.  Nicco is one of the founders of the cannabis company and is about 6' 6" tall, as strong as a bear and tipping the scales around 300 pounds.

Christina Lake Cannabis facility goes further to protect their prized crop. This farm's tools to protect the crop are part of a web of thwarting measures to tightly secure the crop of cannabis. Some of these tools include:

Christina Lake Cannabis is not alone in implementing these extreme measures for the protection of their crop. Other cannabis industry players have also adopted some of the techniques that Nicco has implemented at his facility. These measures are added to save the crop from "rippers," AKA marijuana thieves.

For many cannabis farmers, there is a lot at stake. This is, for some, the second year of legal outdoor cultivation, and many cannabis farmers are attempting to perfect the plant genetics they started last year. Tracking the amount of cannabis that is lost due to rippers is almost impossible for private cannabis gardens. The roughly 270 hectares of land that Health Canada operates falls under the same issues.

Cannabis industry watchers are unanimous in agreeing that the cannabis harvest season, also referred to as Croptober, sees an increase in theft. This time of the year is when cannabis strains need prolonged darkness that comes with the Canadian weather in August. Rippers often target the home grower due to the smell, as they are easy targets. The thieves aren’t going to profit from stealing the crop at the wrong time or by targeting a hemp plant by mistake.

Cannabis flowers need about eight weeks to mature, which sets the average maturity date at somewhere in October. If the strain is taken care of properly, they will produce between 300 to 500 grams per plant, according to Youbin Zheng, a horticulture professor at the University of Guelph. Using a base of ten dollars per gram, each plant could be worth anywhere from $3000 to $5000.

Cannabis fields hold profitable crops that demand extreme security, and the standard fence around your crops in the field is no longer enough. Cannabis is in great demand. The rippers are watching, so remember that October brings out more than just witches and goblins. 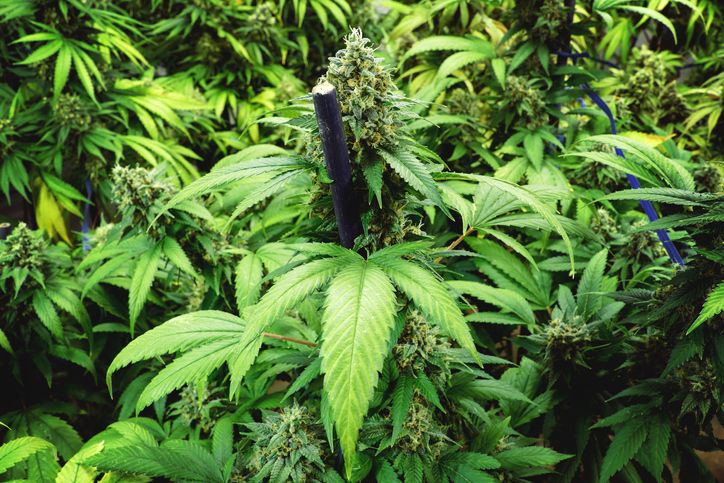 Farmers can now have more security and a better understanding and control over outdoor crops....