The former lead of the federally appointed task force for the legalization of cannabis says the first year has gone "extremely well" but there are "yellow flags veering to red" on vaping as laws governing the next wave of pot products come into force.

Anne McLellan, the former deputy prime minister and head of the team of experts assembled by the Liberal government to make recommendations on how recreational pot should be legalized, said the growing number of vaping−related illnesses on both sides of the border is giving her pause.

"Do we get to red, as a federal regulator whose first priorities are health and safety of the consuming public?" she said in an interview.

Her comments come roughly one year after Canada legalized cannabis for non−medical use on Oct. 17, 2018, making it the first major industrialized country in the world to take the landmark step.

The rollout was plagued by product shortages and supply chain bottlenecks that lasted for months. While Canadians in provinces such as Alberta and Newfoundland have broad access to legal pot at dozens of stores, Ontario did not have a single legal pot store until April of this year.

Supply issues have largely been resolved and the number of licensed cannabis providers has grown to more than 500 — though not all are up and running — but the distribution is uneven across the country.

McLellan, who is senior advisor for law firm Bennett Jones, said there are aspects of the rollout that people can, and have, criticized, but "perfection was never going to be possible."

"The last time we did this was with the end of liquor prohibition, and dare I say, no one in this country was alive to see or understand how that took place. That took years to create a regularized, normalized legal market around liquor," she said.

"So I think we’re doing extremely well, even with the bumps along the road."

With its recommended legalization framework, the federal cannabis task force sought to minimize the harms associated with cannabis use, provide adult access to a regulated supply of cannabis while reducing the scope and scale of the illicit market.

Recent figures from Statistics Canada show, however, that a large proportion of Canadians continue to turn to the black market.

While Canadian household spending on legally purchased pot has grown since legalization, two thirds of pot purchases continue to be illicit. In the second quarter, household expenditures on legal pot was $443 million, up from $172 million in the fourth quarter of 2018. But illicit pot expenditures were $918 million in the second quarter, down from $1.17 billion in the fourth quarter of last year, but still a far cry from stamping out the black market.

The latest analysis of crowdsourced data gathered by Statistics Canada show that the cost of pot has dropped to about $7.37 per gram in the second quarter as both legal and illegal pot retailers cut their price. But illicit pot remains significantly cheaper at an average of $5.59 per gram compared to $10.23 per gram of legal weed.

The province had a distinct advantage because its entire alcohol business is privatized, and regulators could apply a similar framework to cannabis, she added.

Alberta has about 300 licensed cannabis providers, not all of which are up and running, compared with 24 open shops in Ontario, where the Progressive Conservative government changed the distribution model from public to private after their election in June 2018.

Another issue casting a shadow over the legal cannabis industry is alleged regulatory breaches by pot producer CannTrust Holdings Inc., whose licences were stripped by Health Canada in recent months over allegations of illegal cultivation.

McLellan said those who break the rules need to be called out to "defend the integrity of the regime" and she was "glad to see" that regulators did so.

CannTrust’s situation "certainly has not been helpful," she said.

"One of the reasons (consumers) are willing to pay a premium from the street, the illegal market, is because they have quality assurance," she said. "Well, how does that sit with having product being sold at retail from unlicensed grow rooms? ... This is not good for the industry."

Canada has now legalized what’s been dubbed cannabis 2.0, with new legislation governing next−generation pot products such as edibles, beverages, topicals and vaping coming into force as of Thursday.

The products won’t hit shelves until mid−December at the earliest, due to a mandatory requirement for companies to provide 60−day notice to Health Canada of their intent to sell them.

Meanwhile, the number of vaping−related lung injury cases in the U.S. has surpassed 1,400, and there are now 33 deaths, according to the U.S. Centre for Disease Control and Prevention. The first Canadian was diagnosed in Quebec last month and Health Canada has said that other cases are believed to be linked to the practice, but are still being evaluated by provincial authorities. British Columbia this week confirmed its first probably case of vaping−related illness, and the province’s health officer says she  expects there to be more.

While the cause remains unclear, the CDC has warned that people should not use e−cigarettes or vaping products containing tetrahydrocannabinol (THC), the compound found in pot that gives people a high.

A Health Canada spokesman said in an emailed statement that it is monitoring the situation in the U.S. and Canada, and that additives such as vitamins — vitamin E acetate is one suspected culprit — are prohibited from use in cannabis vaping products. He added that it "will take additional action, if warranted and as appropriate, to protect the health and safety of Canadians."

McLellan, a former health minister, said she doesn’t have any direct insight into what regulatory authorities are planning.

"Certainly, based on what we have seen... there is sufficient evidence now that further investigation has to be done."

This report by The Canadian Press was first published Oct. 20, 2019. 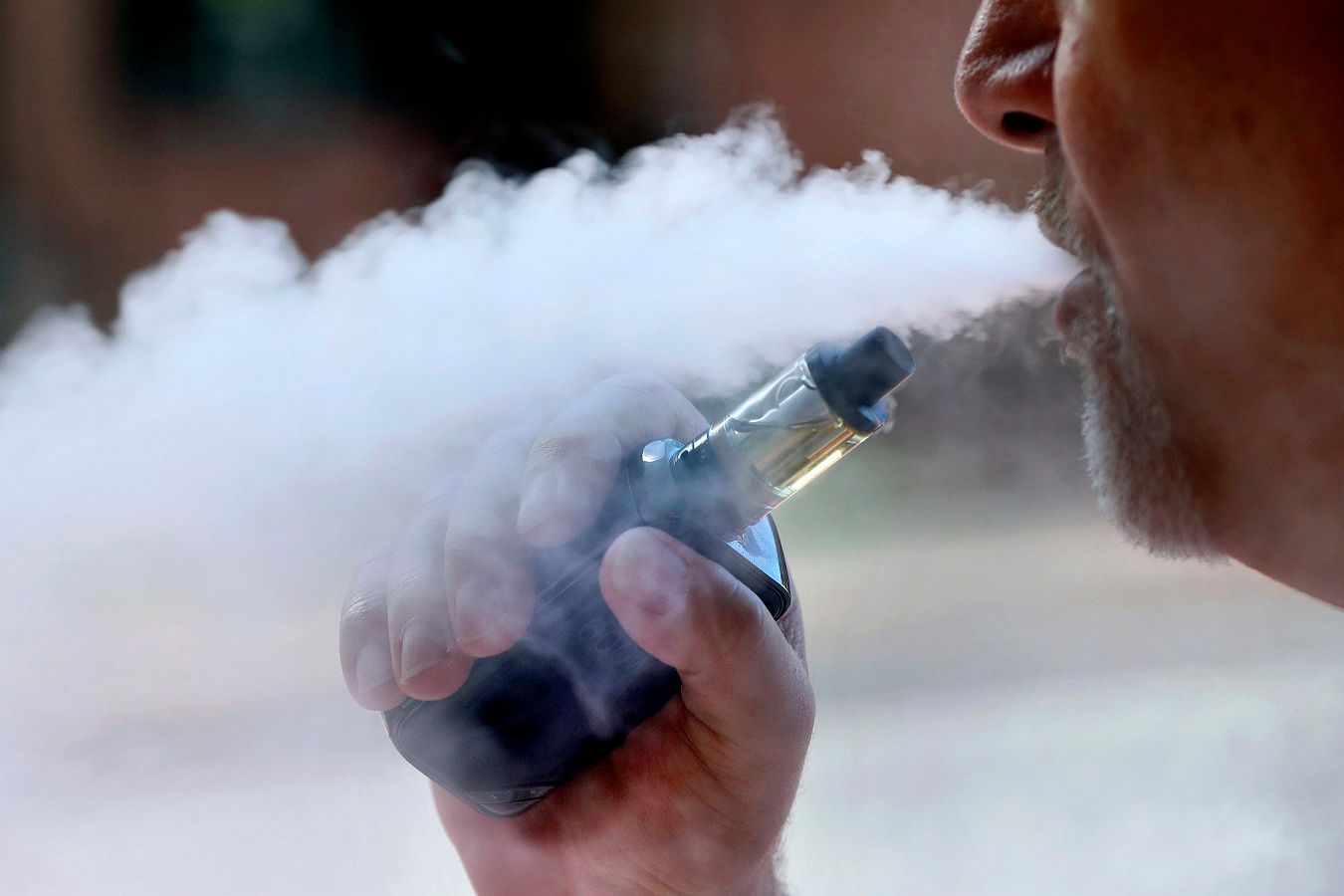 That could include banning advertising anywhere accessible to kids and limiting the zany flavours available for vaping devices popular with youth....