Is weed legal in Germany? Some would answer yes, but what is the legal status of medicinal cannabis in Germany? 2017 saw the medical marijuana community breathing a sigh of relief. The German regulator chose to amend the national narcotic laws and to bring forward legalization for growth, consumption, and the distribution of cannabis for medicinal use. Moving forward, Israel has now surpassed Germany and holds the title of the company that imports the most marijuana in the world.

Is medical cannabis legal in Israel?

Medicinal cannabis has been available to patients with a prescription from a physician since 1973 in Israel. However, the medicinal cannabis industry did not take roots until the 1990s. The therapeutic use of marijuana for treating cancer patients, people living with pain-related illnesses such as Parkinson's disease, Chron's disease, and PTSD, to name a few of the medical concerns treatable by medicinal cannabis, all began just before the new millennium.

Patients can use medicinal cannabis in various forms, including:

The medical marijuana program in Israel has about 46,000 registered patients. Cannabis for recreational use is not legal in Israel, but it is considered to be decriminalized for those with up to 15 grams. However, June 2020 saw the amount increase to 50 grams.

One of the oldest medical marijuana research business centers in the world puts down its roots in Israel. The patient base for medical marijuana users is relatively small despite Israel's position in the medical marijuana space. The numbers for importing cannabis into the country are rising, and it is projected that by July, Israel will have imported more than six metric tons of cannabis flower.

Speculation surrounding the increase in importing of cannabis could be due to the less stringent requirements needed than that of the European Union players. Cannabis producers around the world are looking at this as an opportunity. Cannabis producers that do not hold the EU Good Manufacturing Practice certification see Israel as the promised land for the final resting place for their products, many of which cannot be sent to Germany.

The insufficient domestic reproduction of high-level THC flower needed to meet the demand for medicinal cannabis products has also spiked the rise in the importing sector of medicinal cannabis for Israel. Israel is one of the countries known to have the highest percentage of people smoking cannabis globally. A Yediot Aharonot poll recently conducted suggest that 27% of the population in Israel has smoked marijuana at least once in the past year.

The legislative changes surrounding cannabis use for recreational use have perhaps opened more green doorways for medicinal cannabis users. Maybe this could be one reason for the noted rise in the demand for cannabis that the country is experiencing. Israel is known to not be high on the importing scale of medical cannabis. However, within six months, the country became the number one importer of medicinal cannabis globally.

Canndoc has received a 250kg shipment of dried flower from Tilray, which is located in Canada. The Israeli company is a subsidiary of InterCure.  The cannabis was grown in Portugal by the Canadian company Tilray. This was the first commercial shipment of medical-grade marijuana to be received in the country. The strategic cooperation agreement with Tilray was signed, sealed, and delivered to import and export medicinal cannabis to the country. Health Ministry data looks at seeing 100,000 new users of marijuana by the end of 2020. 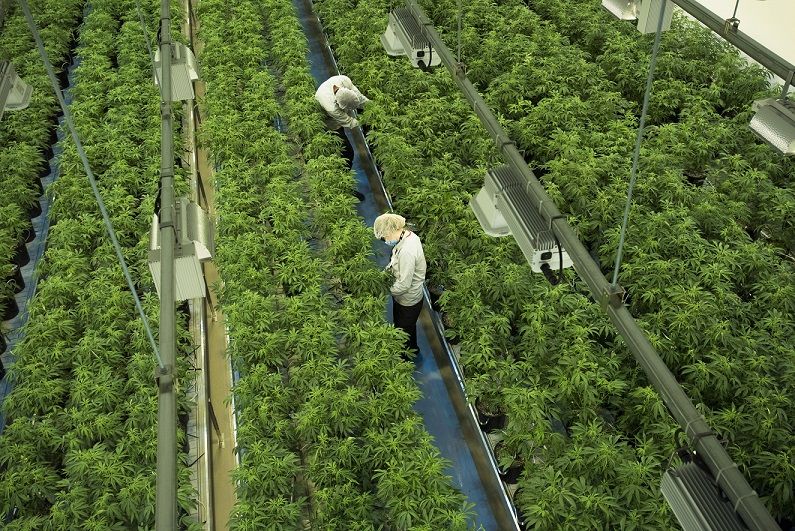 Canopy Growth Corp. has signed a deal to buy a German company that specializes in cannabinoid−based medical therapies used by European physicians......