Can cannabis use have any effect on aggression?

The effects of marijuana are often misunderstood and tied to long disproven stereotypes that hold little to no truth. At one time it was firmly believed by the majority that weed would invoke bouts of unexplained insanity which might include outbursts of aggression. Luckily cannabis research has proven many of these old school “marijuana facts” wrong, but where does that leave us? If the effects of cannabis do not induce fits of aggression than is it possible that the cannabinoids produced by pot plants can do the opposite?

Another commonly held belief is that the effects of marijuana will make you lazy and unmotivated, which doesn’t exactly sound like the characteristics of a rage-fueled individual. So, which is it? Well, cannabis research appears to somewhat confirm this sedative effect; it just isn’t nearly as intense or uncontrollable as the media-driven stereotypes might have you think. The effects of marijuana are overwhelmingly positive in more than a few documented situations, including one study, which was conducted by the NCBI that tested the impact of cannabis use on relationships. What they found was that couple who both consumed marijuana were the least likely of any group sample to experience violence between themselves. They also found that partners who consumed more cannabis were the least likely to be involved in a domestic dispute.

Why the effects of marijuana on aggression are positive

Cannabis research may be able to pinpoint the statistics behind marijuana use, but so far, we are mostly guessing as to why this is such a common theme. It is believed that both primary cannabinoids, including cannabidiol (CBD), and tetrahydrocannabinol (THC) are partially responsible for these results. CBD is a non-psychoactive element that is often used for therapeutic purposes due to its ability to decrease pain and discomfort while improving mood. THC is the euphoric inducing cannabinoid that is responsible for the stereotypical effects of marijuana use. It acts as a sedative, mood enhancer, and pain reliever while also providing a relaxing high. These two elements work in combination with one another, and the human body as they come into contact with the endocannabinoid system.

The human body is equipped with an endocannabinoid system. This complex network of receptors can be found almost every in the body and consists of thousands of receptors that are responsible for communicating with the brain. Our bodies produce a few variations of cannabinoids naturally, which help to regulate things like appetite, pain, inflammation, mood, and sleepiness. When the cannabinoids CBD and THC come into contact with these receptors, they act as a key to trigger a release of various chemicals that are necessary for regulating the way our bodies feel and function. This is incredibly therapeutic and can help to stimulate some of the areas that our systems might be missing, which helps to alleviate a broad range of symptoms, including excessive anger.

Can the effects of marijuana ever lead to aggression?

Marijuana facts are not an exact science, as there is still plenty of cannabis research that needs to take place for us to completely understand all of the potential scenarios that might come from its ingestion. Though in general, using marijuana will more often than not lead to a reduction in aggression, there is one situation where the element, or the absence of it, can lead to angry and violent behavior. When frequent users of cannabis become used to the constant influx of fresh new cannabinoids every day, it can be uncomfortable to suddenly be without that additional help. Symptoms of marijuana withdrawal are not to be compared to those of opioids and other highly addictive drugs, but that doesn’t mean they do not exist. When a regular consumer doesn’t use cannabis products, it can make them irritable, agitated, and ultimately, more aggressive than usual. This side effect will typically subside after 3-5 days, but it is vital to keep in mind if you choose to use marijuana on more than just the weekends. 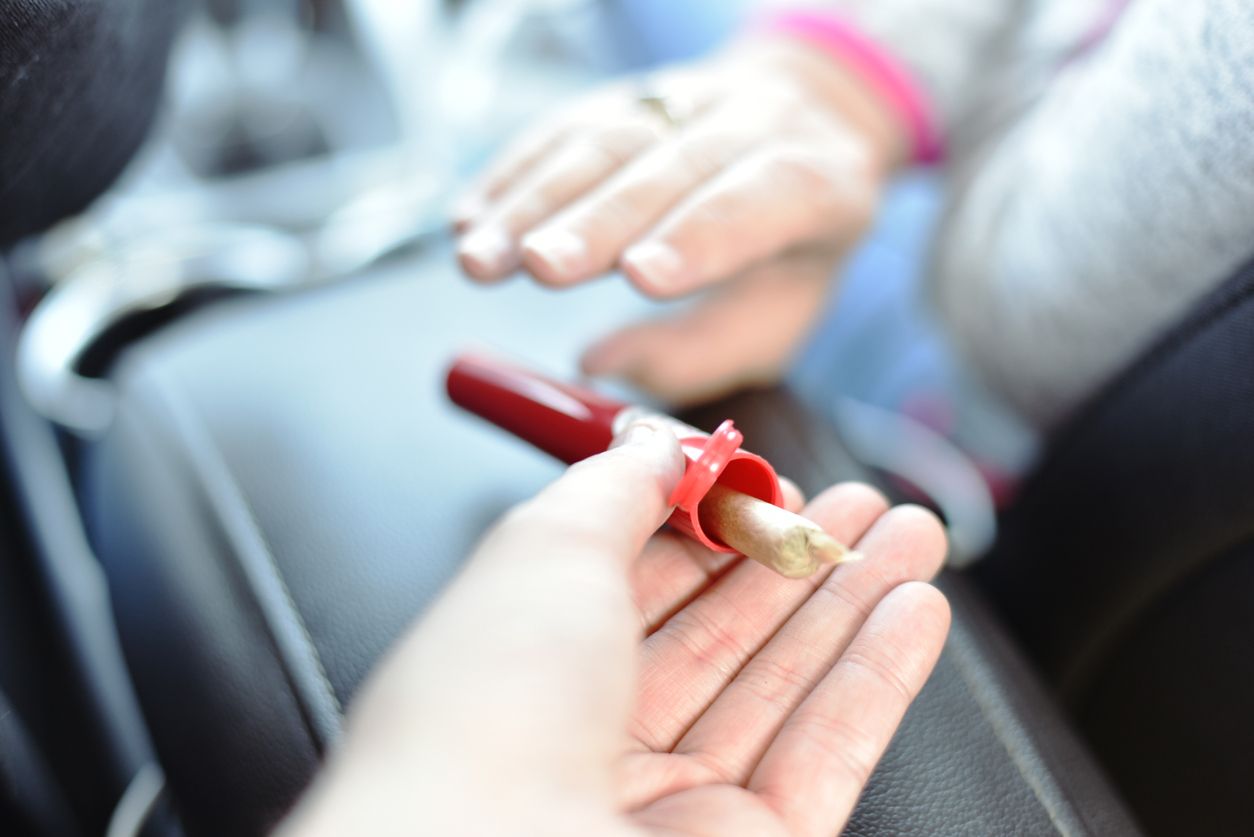 Marijuana and driving can be dangerous, and if you are stopped and found guilty of driving under the influence, you can be ready to pay some hefty fines....