Federal marijuana legalization in Canada began on October 17th in 2018, leaving no time for cannabis consumers to grow an outdoor crop. While some opted to get a head start by investing in lighting systems and growing tools more suitable for indoor growing, others were forced to wait until the ground thawed nearly half of a year later in the spring.

Now that the imminent threat of frost is here, most growers have harvested their outdoor plants, and the excitement and anticipation for this special time of year are new and fresh. Though so far, only cultivators who chose to harvest early have had enough time to cure their matured cannabis plant bud flowers. Most should be ready to be smoked or processed into infused goods just in time for Christmas.

Is there a limit to how much cannabis Canadians can legally grow?

The restrictions set by federal marijuana legalization are specific to how much can be on a person in a public space and how many plants total in any one households possession, but it does not limit the amount of cannabis any one person can cure or hold onto from harvesting. Canadians can legally grow up to 4 plants per household and carry up to 30 grams of dry product in public, but at home, you could easily have a couple of pounds stashed away without breaking the law.

How to harvest marijuana

If you live in Canada and haven't harvested your cannabis plants, then you might want to do so now, as Ontario is one of the few provinces left that has yet to see a hard frost, but it’s coming soon. Such a dramatic temperature drop can seriously damage the trichomes, cannabinoids, terpenes and other natural elements in the buds, which can significantly impact taste, smell and potency.

Since this is an immediate concern, it is important to decide now, how you will harvest the plants to bring indoors for further processing. There are a few different ways to do this, and the one that is chosen should depend on the amount of space available for curing.

1. Pull the whole plant at the roots
This is typically viewed as the most barbaric method to harvest outdoor plants, but you can’t argue with its effectiveness or the convenient shape of the plants, which make for easy hang curing later. To do this, grasp the bottom of the cannabis plant’s stem and gently tug until the roots come free.

2. Cut branches
Since the stem contains only trace amounts of THC or CBD, most growers dispose it, so there is no need to take it with you during a harvest, instead, use a pair of scissors or a sharp razor blade to cut off each branch right at the stem. By the time you’re done, there should be nothing left other than a bare standing stick, which will decompose and go back to nature. This method works perfectly for layering and hanging methods of curing weed, as the branches fit well into small boxes, but can also hang nicely.

3. Remove the bud flowers
If you are really short on storage space for your buds as they dry, then you might want to consider this method of curing weed, as it takes only the most essential parts leaving the rest behind to be disposed of, however you see fit. Use scissors or some other cutting tool to gently remove only the colas, leaving as much of the branches and stem behind as possible.

For those who have already harvested their outdoors plants, but need some direction on how to proceed with the curing process, it can be daunting, scrolling through hundreds of different curing techniques, so we won’t list them all, but instead, we will offer two of the most popular and easiest methods of curing weed.

1. Hanging
This is often the best choice, as it allows for sufficient airflow and minimizes the risk of mold or bacteria growth. You can hang your cannabis plants whole, or by the branch in any dark and low humidity space. Leave it to cure for at least 3 weeks before checking on it regularly for freshness and water content. Once you can break off a branch or bud with a crunch by applying only a small amount of pressure, it is ready to store and smoke.

2. Layering
Layer your cannabis plant branches or buds using newspaper to create air pockets to allow breathing. Since this method is enclosed, the risk of contamination is much higher, so it is highly recommended to rotate the buds at least once a week for even drying. After four weeks, you can start to check on the condition of your harvest, and once it meets your standards for dryness, it can be stored for later use. 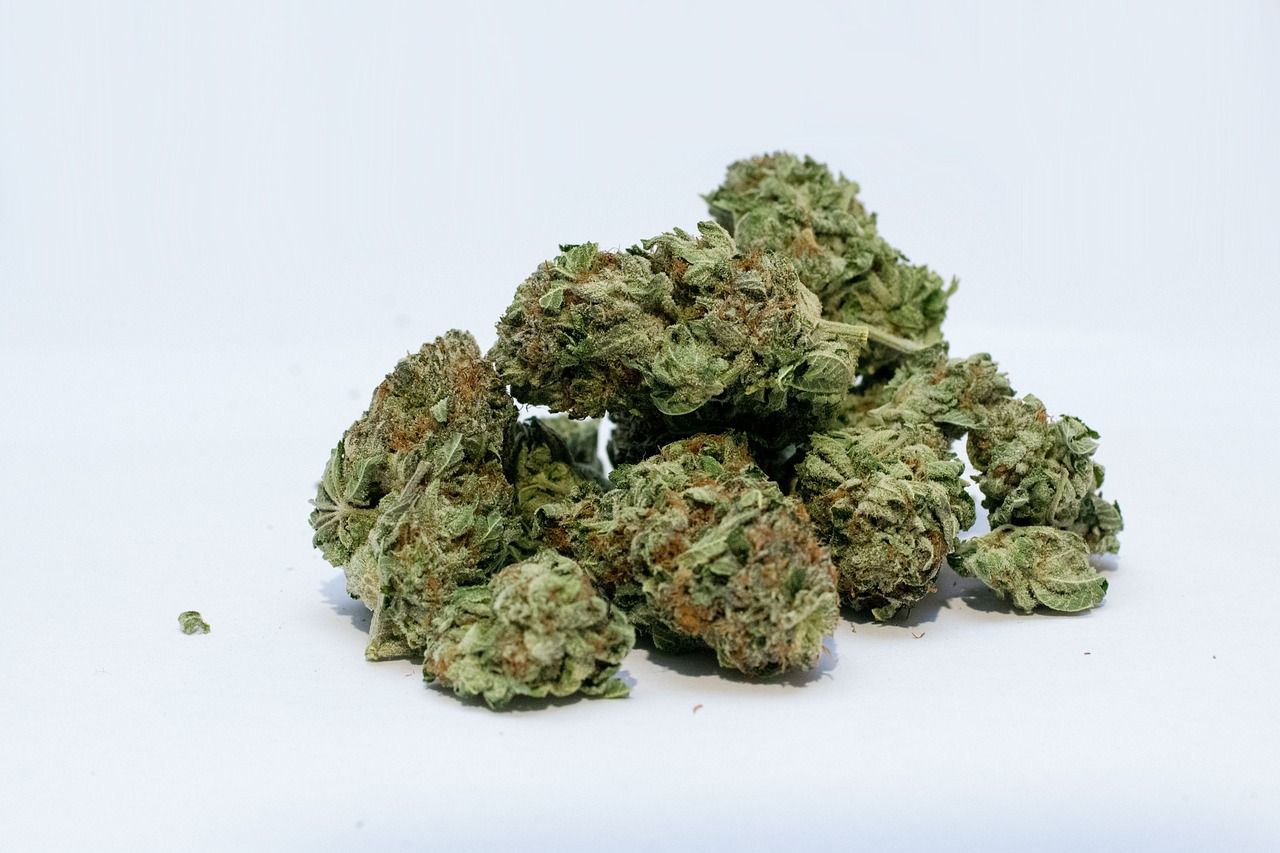 Weed strains come with varying lifespans, and it’s important to know the expected growth period of your particular plant before deciding when to harvest. ...