Homemade weed killer that is safe for your cannabis plants

Although the marijuana plant is a hardy species, it doesn’t mean that they can’t succumb to the same fate as any other, especially when faced with a growing lack of resources, and difficulty obtaining water. Though some weeds might not look all too bad in the garden, it is imperative that they are removed before having to deal with the results of competition over real estate.

On the surface, most plants appear to have a gap between them, but underground is where the most incredible magic happens. The marijuana plant is known for its extensive root system, hence the reason some strains are known for their ability to thrive in hot a dry climate. The trouble is, for those root canals to work efficiently at extracting the essential nutrients and water from the surrounding soils, which are necessary for food, they need plenty of room to breathe, which is something that wandering and invasive weeds steal. When other plants’ roots become intertwines with your cannabis plants, the results can be absolutely devastating.

In some cases, simple removal of the freshly sprouted weeds is all that is needed to free your marijuana plant from their wrath, but in situations where the invasive species is more established, this might not be so simple without disturbing the root system of your own plants. In others, it might not be possible to properly maintain a flower bed due to lack of mobility or presence. Though some weeds might not look all too bad in the garden, it is imperative that they are removed before having to deal with the results of competition over real estate. Here, you will find a few neat ideas for all-natural homemade weed killer options that will keep your marijuana plant chemical-free and thriving.

1. Use mulch and a lot of it! Though it can most definitely take time and money to lay down a fresh coat of mulch for your marijuana plant each year, it’s a worthwhile endeavor. Adding at least an inch can kill all small weeds that are currently in place while preventing any future ones from sprouting.

2. Garden bed liners might also be an excellent idea. It is another cost of course, but the results can last for up to 5 years if left undisturbed, and it’s really easy to leave a shaved spot for your marijuana plant to thrive.

3. The pot leaf is a beautiful thing, and not one that should be tainted with hazardous chemicals. For this homemade weed killer recipe, you will want to avoid getting any in your marijuana plant, as it could have potentially adverse effects on its growth. The best thing to do is to grab a plastic disposable garbage bag that is lightweight or a brown paper bag that will hold itself up and cover it during the spraying of this treatment.

1. Add the vinegar to the spray bottle followed by the salt.

2. Vigorously shake the bottle, until the salt has mostly dissolved.

3. Now add a small amount of liquid dish soap, replace the cap and give it one final shake.

Here are three steps to help with treating the area around your marijuana plant:

1. Cover the plant with something lightweight.

2. Locate the problem plants and spray them down with the solution. Do not saturate the soil, only the plant leaves themselves should be exposed.

3. Wait for the magic to happen. Within a few days, you should notice a massive reduction in the weed’s health. If not, apply a second treatment. 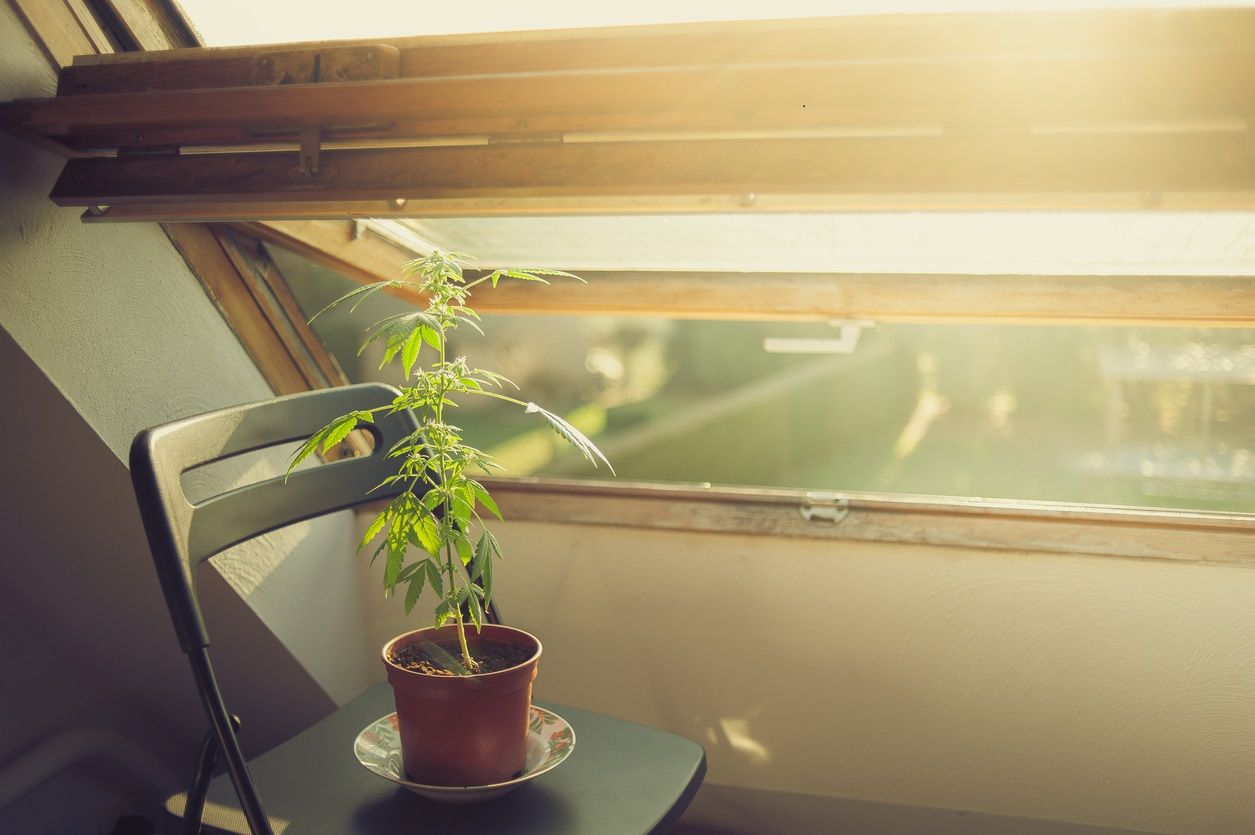 Now that pot is legal in Canada, a lot of people are contemplating the idea of growing a few cannabis plants.....