All about splitting cannabis stems

If you are still learning the ropes surrounding how to trim weed, then this technique is likely not for you. Though splitting the stems of marijuana plants is a technique that has been practiced for many years, it became wildly popular in the 60’s when it became widely believed that this method alone was responsible for the success of Columbia Gold which is potent and highly sought after marijuana strain that was developed at that time.

This technique was also common amongst Dutch cannabis growers were also known for their use of the method, but it has never been so popular as it is right now. So, what is cannabis stem splitting? Why would you want to do it, and are there any possible dangers? Here we will answer all those questions, and provide a basic guideline including the potential risks for those who would like to attempt to use this method themselves.

Are there benefits to splitting cannabis stems?

Though there is very little data available on this high stress growing technique, many marijuana cultivators have had incredible amounts of success with it. The key is knowing the anatomy and limits of the cannabis plant, which will help in causing the least amount of damage in the process. The most common reason that this method is used is to increase flower production and potency.

When to split cannabis stems

Unlike many other growing techniques that are implemented in the early stages of a growing marijuana plants life, this one has a much smaller window for error and is not used until approximately 7-10 days before harvest.

How to split cannabis stems

Splitting cannabis stems is most recommended for outdoor plants, as the introduction of so much stress can be much more difficult for indoor grown plants to recover from. It is also not recommended for auto-flowering strains, as there have been very few with any success using those varieties.

Risks associated with this technique

Since this is a high-stress method, it is possible that the impact could be damaging or detrimental if improperly performed.

Fun fact - How to make hash with stems

Did you know that you can make some good quality bubble hash with nothing more than cannabis stems? Though the plant materials in the base do not contain any resins, they do slowly collect residue from the bud flowers. This is enough to produce a tasty batch of bubble hash in just a few easy steps. 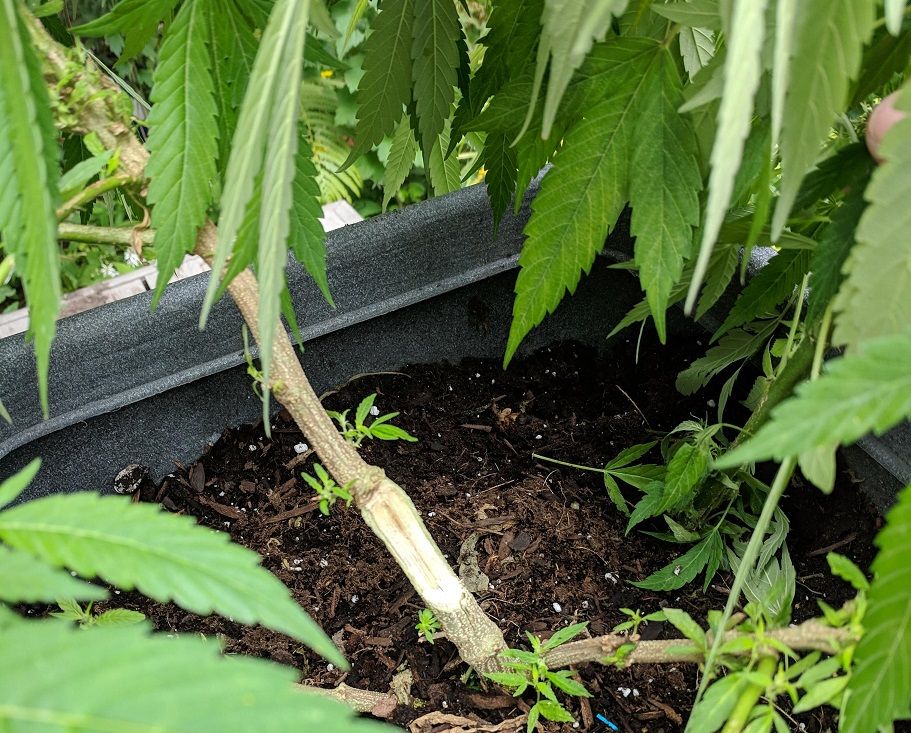 Fixing marijuana plant stems that have broken or bent

Luckily, there is still hope for reviving all your hard work with a few handy tips and tricks up your sleeve for treating wounded plants....