There is a variety of bongs in different sizes and shapes. A bong is one of the many weed accessories that can be found in a head shop. A head shop is a retail outlet that is usually concerned with the sale of tools and paraphilia used for the consumption of cannabis.
It is true that bongs can be made from different types of materials. Bongs made from glass are more popular than others. The glass does not interfere with the taste of marijuana; it gives it a pure taste. Also, glass is transparent, and so it is easy to see if there is any waste residue in the bong. The glass bong is quite expensive, though.

Similarly, plastic is popular, as well. It can last longer than other materials. It is not broken easily like glass. However, plastic bongs are inexpensive and portable to wherever you wish to carry it.

Bongs can be advantageous as it allows filtering and cooling of the smoke with the water. This causes a smooth draw of smoke from the bong.

There are numerous types of bongs, as stated earlier. A carburetor is a bong with a hole in the middle. The hole on the bong is a distinctive feature of the type of bong. The carburetor is not necessarily about design, but many smokers believe the hit from the hole is much more intense. Why is this so? The carburetor hole allows fresh air to enter the pipe when your finger is removed from the hole.

Straight tube bongs are known for their simplicity. They consist of a tube and a stem and bowl at the side. You only must put water in the tube and place some weed in the bowl and heat it. It is as simple as that.

The beaker shaped bong is similar in some respects to the straight tube bong. However, the bottom of the bong shaped like a beaker, and they are more stable because the base is broader.

Otherwise called a recycler bong, these bongs are an extension of straight tube bong. Sometimes, the chambers can come in different shapes. In this chamber, the straight tube has two chambers that hold the water, and the smoke can filter twice. The smoke is smoother than straight and beaker bong. As a result, it is much more expensive and difficult to clean.

A percolator bong can be either straight or round. It is distinctive because it has a percolator which dissipates the smoke before it passed through the water. This helps with better filtration, and the cooling takes place faster.

Homemade bongs can be constructed from regular materials such as fruits. They are effective when you don't have a multi-chamber or other bongs. Also, there are other types of bongs. 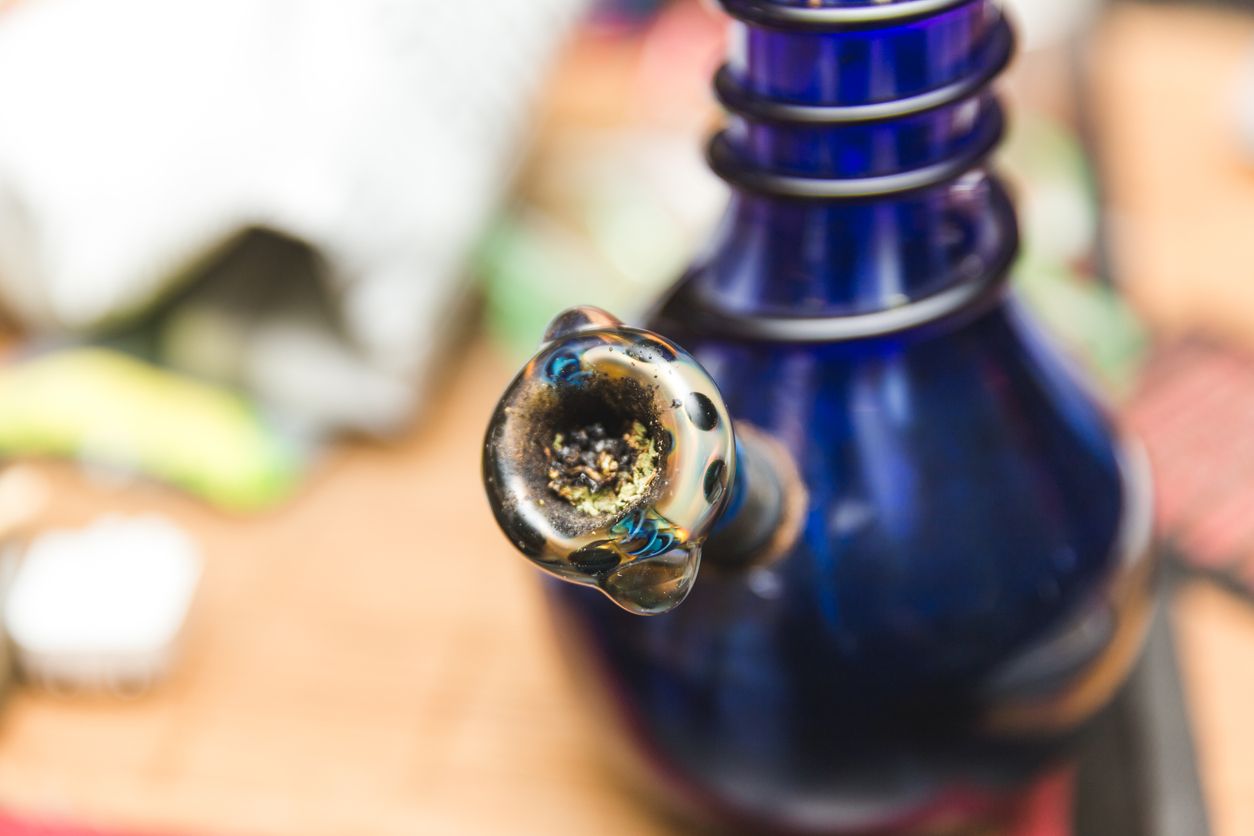 Types of screens for weed pipes and bongs

A screen aren't just an aesthetic, and its presence serves a vital purpose to the overall design of bongs and pipes there isn’t just one kind of screen....