Cloning is a technique used to multiply female cannabis plants. All clones that come from a plant will be identical genetically to themselves. Clones are cuts that are made from a well-established marijuana plant and then rooted in soil.

The benefits of cloning are vast. Clones offer more stability to an overall grow operation due to the head start they have over seedlings forming. There are also some hefty cost savings to be had using this method. Since you can begin with only one seed. When cloning, you are recreating exact replicas of the plant you grew for mere pennies compared to purchasing and running lights while waiting for more seeds to sprout. This way of forcing reproduction also offers the ability to create 100% guaranteed female cannabis plants, whereas even with the best-feminized seeds you will find a small margin of error. Clones tend to have one difference between themselves and their mother plant, and that is that they tend to be smaller but still offer the same yield making them easy to hide among outdoor gardens and requiring less space when growing indoors. A clone will also grow much faster. Trimming off anywhere from six to eight weeks on average of growth time and once rooted are some of the hardiest plants you will ever produce.

How to clone weed

Cloning female pot plants is relatively easy and requires minimal setup, but you will need a few things to start.

Step 1
To begin you need to choose a mother plant. A female cannabis plant must be at least two months into the vegetative stage and should not be fertilized for at least one week before cutting. If you have only one plant to take cuts from then the choice is easy. If you have more than one, you will want to use the most robust and healthiest female marijuana plant available.

Step 2
Sterilize an area. Make sure you have a clean space large enough to hold the cuttings, rooting compounds, a prefilled glass of water and plant pots. The least contaminants the better chances your clones will have of rooting.

Step 3
Scoping out a good cut should start with examining the lowest branches. You want your cutting to be at least eight inches long and containing the most nodes possible. Nodes are where there is evidence of growth present in the form of little notches that stick out from the stem. Nodes will eventually turn into branches.

Step 4
Time to take the plunge and make your very first clone. Using a razor blade is most recommended as scissors have the potential to crush the stem damaging the clone. If you are using scissors make sure they are sharp. The cut should be made at a 45-degree angle. Once the cut has been made place the clone into a small cup of water.

Step 5
Repeat step 4 until you have as many clones as you need placing each one into the cup of water immediately to preserve the stem.

Step 6
Trim off any fan leaves that are low enough they will be covered when the clone is planted. Usually, 2-3 inches is enough. This will allow the clone more access to nutrients once planted.

Step 7
Prepare the chosen hormone compounds. Some are pure while others require mixing. Be sure to follow the instructions as close as possible. Fill pots with soil and lightly water them. It’s best to dampen the dirt before you plant rather than after to give the least amount of movement in the dirt once the clones have been planted.

Step 8
Take 1 clone at a time and dip each one individually into the rooting hormone. Once submerged in hormones, plant it approximately two inches into the soil.

Step 9
Now it’s time to give these babies some time to root and grow. They will require light for at least 12 hours a day for the best success rate. Damp soil is also essential but never overwater clones. If you see water pooling, it’s enough to create root rot.

How to Transplant Clones

After two to four weeks you will start to see new growth appear on your plants. This is a good indication that they have rooted and are flourishing. At this point, you can transplant them into larger two-gallon pots to keep indoors, or you can plant them directly into an outdoor garden space if the conditions are right. Marijuana plants, in general, thrive in warmer temperatures and require an average of 24 degrees Celsius. If planted outdoors your garden should be approximately 3 square feet per plant, and the area should get sun for a minimum of six hours a day.

Step 1
Pre-dig holes that are the same size as the pots the clones are being moved from only a little bit deeper.

Step 2
Transplanting should be done by carefully squeezing the pots to soften the soil before gently dumping the dirt into your hand until the clone comes out. Do not pull on the plant by its stem or you will damage the fragile root system the plant has worked to create thus far. Plant the clones including all the dirt from the pot into the hole. Gently pull some fresh soil overtop covering a small amount of the exposed base.

Step 3
If outdoors from this point on you can generously water your plants every couple of days if growing indoors plants should only require watering once a week. Fertilizer should be used sparingly and shouldn’t be used at all until after the plants have had at least two weeks to establish themselves fully.

Now you know how to create clones yourself. Pretty easy isn’t it? The rest of the growing process will be dependent on the conditions provided, and the strain chosen. Remember that clones are tough once planted and established. They are fragile in the beginning, however. They do not take well to being over-watered or moved around at all in the early stages and should not be touched any more than necessary for the best results. We hope you enjoyed our how-to guide on cloning marijuana plants. Happy growing! 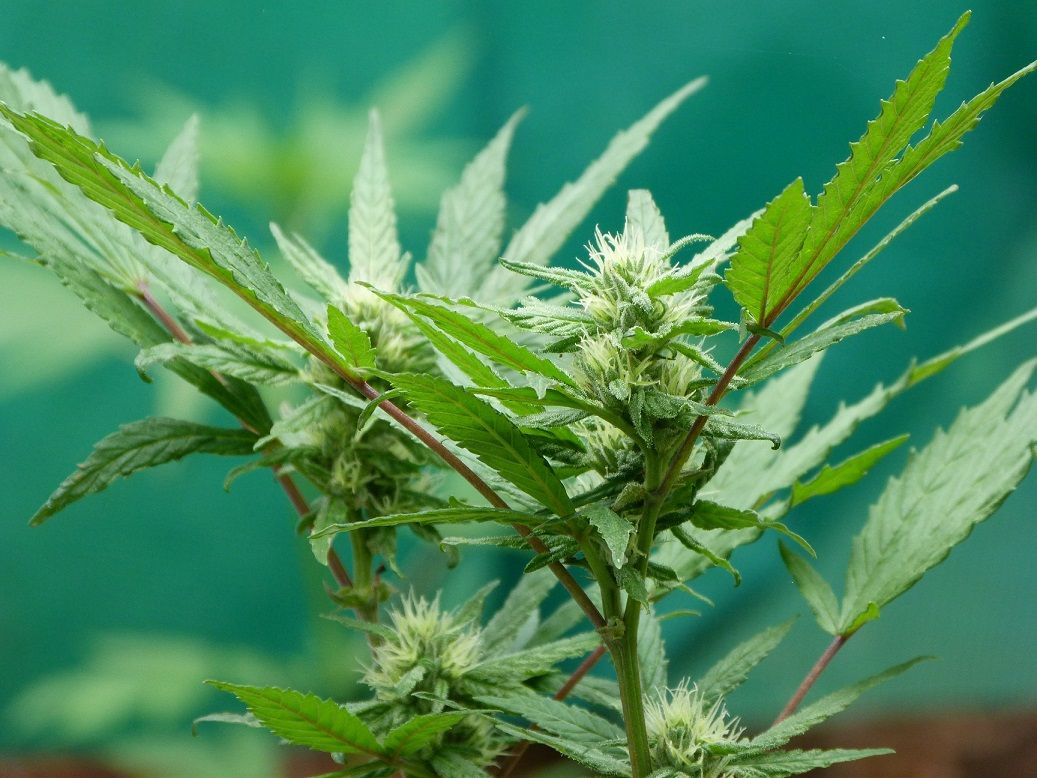 Must have tools and materials for cloning weed

Here we have gathered a list of tips and tricks that have been combined within easy to follow steps to help make the process of cloning as easy as possible....