Marijuana legalization arrived in 2018, in Canada, this law has helped to acknowledge that using the plant for recreational marijuana use, is just a small part of what this cannabis is capable of doing for us. Cannabis is recognized as a well noted anti-inflammatory and pain controlling substance.

Athletes have recognized the benefits of the plant, and are jumping on board to promote the uses, and benefits that this natural plant possesses. Cannabis has proven to be helpful for all stages of the activities that the athletes have in their lives.

Here are a few great athletes that promote the use of cannabis and marijuana legalization. The listed athletes are all advocates of cannabis and have used cannabis sometime in their past careers and continue to follow a cannabis regime.

• Eugene Monroe: 2016 found him as the first active NFL player who advocated for treating sports related injuries and chronic pain with cannabis. Monroe is a believer in the health benefits of cannabis over the addictive prescribed opioid medications. He uses his post NFL career to elevate the awareness of the medical benefits associated with cannabis use. He is a member of Green Thumb Industries, prominent cultivation, research, and dispensary facility.

• Liz Carmouche: a mixed martial arts athlete and the first openly gay female to compete in the ultimate fighting cage uses CBD oil to assist her with faster healing and in aiding in her training allowing her to train harder. She uses topicals and salves immediately after her work-outs to relieve inflammation and pain. She uses CBD oil to combat the pain from the contact punches her body receives. She supports CBD oil as a safe and effective means to accomplish the relieve she needs; she is quick to mention that this is not recreational marijuana use. However, it is medicine from the cannabis plant. Liz is a partner with a hemp oil company, HempMeds

• Amy Van Dyken: is an Olympic swimmer, and winner of 6 gold medals. In 2014 she became paralyzed from the waist down due to an ATV accident. The neuropathic pain that she suffered was controlled by the use of CBD from the hemp plant. She states that she will not do without her CBD regiment; she believes that she can not live without it. She has partnered with Kannaway, a network that promotes a hemp life-style. The CBD products that Kannaway produces have improved drastically the quality of life that she has. She is a strong advocate and uses her fame to spread awareness of the benefits available from the hemp plant.

• Dee Dussault: is promoted as a yoga extraordinaire in the ganja field. Her credits are known for having the first cannabis-infused yoga classes, available in Canada, and the USA. The combination of yoga and cannabis is not attributed to her. The practice went back many years ago. Dussault brought ganja yoga from her at home space to many mainstream studios that cross North America. This has now become a fitness trend. Using cannabis while engaging in yoga, enhances the ability to decrease stress, and helped to encourage relaxation and focus. Combining yoga and cannabis, which both are known to treat those conditions, is like a double bonus. Dussault is an author and a certified sex therapist.

• The Diaz Brothers have been cannabis users for over a decade. The brothers often vape immediately after finishing the fight, before and during live camera press coverage. Both brothers have faced having to pay fines and complete suspensions due to the use of cannabis. Together the brothers have established GameUp a plant-based CBD-infused nutrition company. 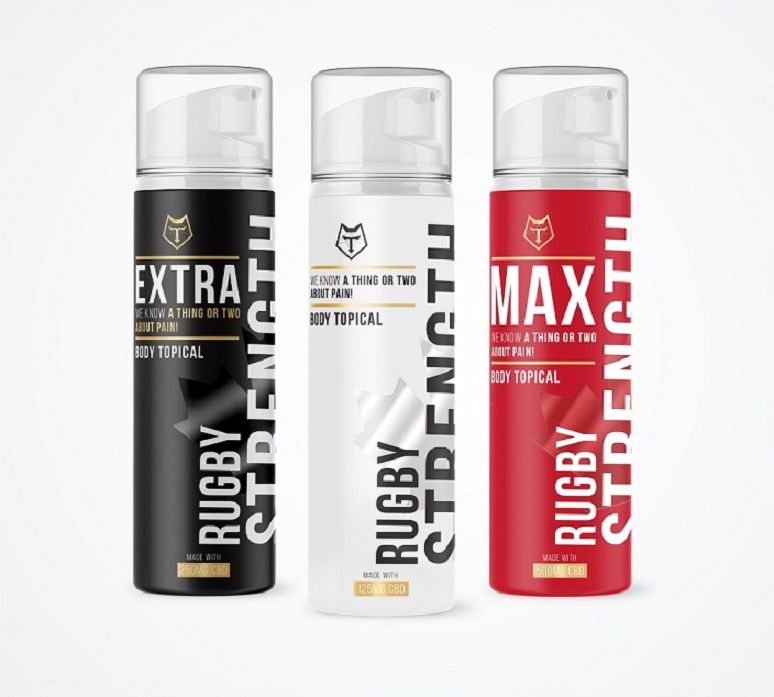 The Toronto Wolfpack, no strangers to blazing a trail, are getting into the cannabidiol products business....