A guide to every type of cannabis oil

The term cannabis oil is often used about several different products, and not all of them will produce the same results, so it is crucial to learn the differences between the oils that are found on the market today. A lot of people assume that cannabis oil is another term for THC concentrate, but that is not always the case, as the goal that consumers set for marijuana products is not always to get high. Here you will find a brief description of the most popular cannabis oils, including how they are made and used.

BHO also goes by the name honey oil or hash oil. It is made up of the resins, terpenes, cannabinoids, and other extracts that have been drawn out of the plant using a blast of butane. Butane hash oil will typically contain around 80% THC and can be clear, red, orange, yellow, or black. The consistency is thicker than water, but still a liquid marijuana concentrate.

How is butane hash oil used?

This THC concentrate is used in several different ways. Some people like to add a small amount to blunts or joints by spreading it on the inside of rolling papers before adding cannabis. It can also be dabbed, vaporized, or dripped onto bud grind in a weed pipe or bong.

The effects of butane hash oil

The results from consuming this type of cannabis oil are sensations of euphoria, relaxation, and others that are typically associated with recreational use, but they can also be beneficial for medical consumers.

CO2 is a naturally occurring compound that is used to extract terpenes, cannabinoids, and other elements from cannabis plant materials, and CO2 oil is the result of this method of extraction. CO2 is much safer in practice during the making of cannabis oil, and it leaves behind absolutely no residue that could be hazardous to your health. CO2 oil cannot be made by the average person at home, as it requires specialized equipment to extract the various compounds from a gas form and turn them back into a liquid. CO2 oil will contain an average of 80%-90% THC, which is the psychoactive element produced by cannabis.

How is CO2 oil used?

CO2 oil is consumed the same way BHO and many other THC concentrates are, through vaping, joints, and other smoking alternatives. It is also sometimes used to make edibles, as it has no residual solvent taste like BHO.

Rick Simpson oil is also known as Phoenix tears and is a medical product despite its status as a THC concentrate. This has led many people to believe that taking this type of cannabis oil will not get you high. Consumption of RSO will result in the same euphoric sensations that other THC concentrates do, but since it is typically consumed orally, the effects can last anywhere from 4-12 hours. Since Rick Simpson Oil is often used for medicinal benefits, its THC content is usually lower than other cannabis oils, but that is not always the case.  RSO is made using a solvent, generally alcohol that extracts the cannabinoids and terpenes from the plant materials.

How is Rick Simpson Oil used?

RSO can technically be smoked or vaped like many other cannabis oils, but its inventor insists that if you want to obtain to the most benefits that are long lasting without adversely affecting your health, it is better to take it orally. This can be done by placing a rice sized portion directly under the tongue to absorb, or by rubbing the same amount along the lower gum line, which is an excellent area for absorption into the bloodstream.

Cannabis cooking oil is entirely different in its smell, taste, and texture than most other cannabis oils. THC concentrate cooking oils may contain coconut, vegetables, or any other edible oils that have been infused with cannabis. This is done by heating the oil with the plant matter for an extended period to draw out the cannabinoids and terpenes, and to decarboxylate the cannabis, which is necessary to convert THCA into THC.

How is cooking cannabis oil used?

Cannabis cooking oils are used to make marijuana edibles and sometimes added to topical creams and ointments. These products cannot be smoked and can combust if placed under too much heat. The effects of cooking oil will depend on the amount of marijuana that is added, however, in general, you should expect the same results only stronger and longer lasting than alternative methods of THC consumption like smoking.

Topical cannabis oils contain terpenes, cannabinoids, and other naturally occurring elements that have been infused into an oil that is safe for topical use, but not for ingestion. Some people will use essential oils or vitamin-based ones like Vit E or C.

How is topical cannabis oil used?

These cannabis oil products are applied topically to treat minor skin conditions, irritations, and or pain. Since the cannabinoids will not be fully absorbed into the bloodstream this way, consumers should not expect to feel high. Only tingly and relaxed in the area that it is applied.

There are some significant misconceptions surrounding hemp oil and the elements that it might contain. Though hemp plants are from the cannabis species, they do not produce the highly concentrated amounts of THC. Hemp plants also do not produce flowers, so this oil is made by pressing the seeds and extracting the natural oils. Some hemp oil will contain CBD, but no regulated hemp oil products will include no more than 0.3% THC.

How is hemp oil used?

Hemp oil is used in hair, makeup, and other beauty products. It can be safely applied anywhere to the body externally but should not be ingested orally. Hemp oil cannot get smoked, and will not get you high, but can provide a range of other natural benefits for the skin as it moisturizes. 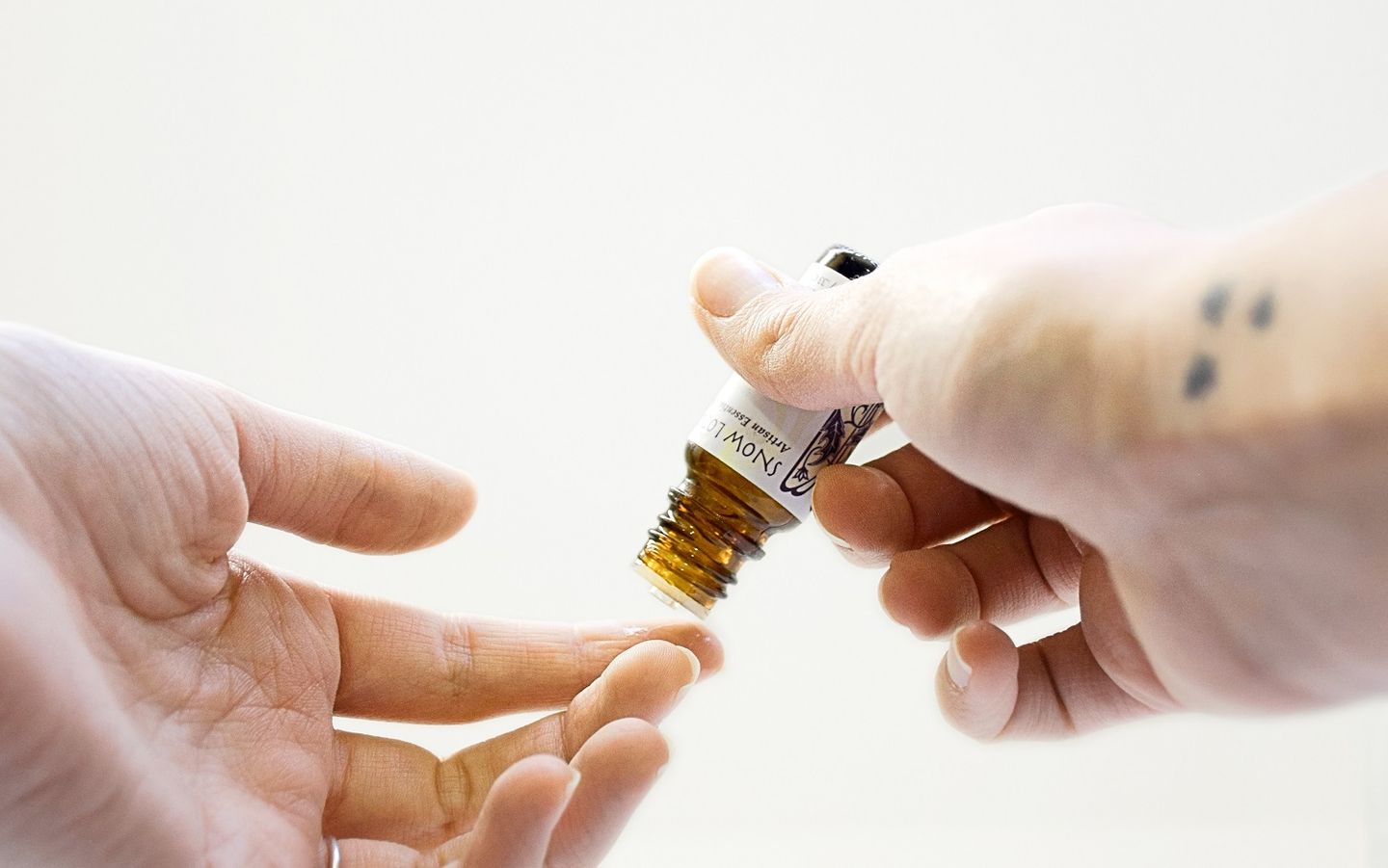 While both contain many of the same components that we would expect from a cannabis-derived substance, there's a big difference between hemp oil and CBD oil...