In Strains and Products
Updated2 years ago2 min read

Some people know Bruce Banner as the alter ego of the powerful comic strip character the Hulk, but it’s also one of the most widely praised strains of weed in the world, and for a good reason, as pretty much everything about it stands out among the rest. Whether you have yet to try the Bruce Banner strain, or you’ve had it and just want to know a bit more about this fantastic type of cannabis, this is the place for you, as here, were going to cover everything from its fascinating history to the reasons why so many love it today.

What strain is Bruce Banner?

Many assume, once they’ve tried it that Bruce Banner is an Indica, as it’s quite widely known for its potent punch, but it’s actually a well-blended hybrid that is more Sativa leaning at 60%.

The creator of the Bruce Banner strain Jasib Holck from Dark Horse Genetics created it by combining the genetics of OG Kush and a sweet Strawberry Diesel. There are currently 5 different types of Bruce Banner, but the most commonly found on the market today is Bruce Banner #3, and it’s the one that won first place at the Cannabis Cup in Denver, Colorado.

Thanks to the strong Strawberry Diesel genetics Bruce Banner has a pungent and delightfully sweet smell, but its taste is less so, with a milder earthy undertone and a hint of diesel that’s impossible to miss. Though it’s gassy, consumers enjoy the way that the sweet fruity smell seems to take the edge off of the intensity of the diesel characteristics.

The powerful effects that come from the Bruce Banner strain are due to its high THC content, which typically rests around 30%, which is relatively high, and the reported sensations usually include a heavy onset followed by a lighter full-body buzz that will leave you tingling from head to toe. As the effects wear off, and the euphoria begins to fade, a burst of creativity is often the result that is perfect for inspiration, or relaxation.

Many assume that medicinal strains of weed contain a lower dose of THC, as CBD is commonly touted as the cure-all, but for patients that are experiencing severe nausea or pain, Bruce Banner can be a lifesaver, which is why it’s so highly regarded within the medical community. However, its popularity in the medicinal world only goes so far, and these days it’s far more commonly utilized by recreational consumers.

Growers who choose Bruce Banner will be in for a special treat, as it has some unique traits that are rare among all strains of weed. The plants typically begin to flower between 8 and 10 weeks, and as it matures and produces leaves, you’ll notice a bright blue hue that almost shimmers in the sunlight due to the high concentration of trichomes that coat the thick, dense, buds. 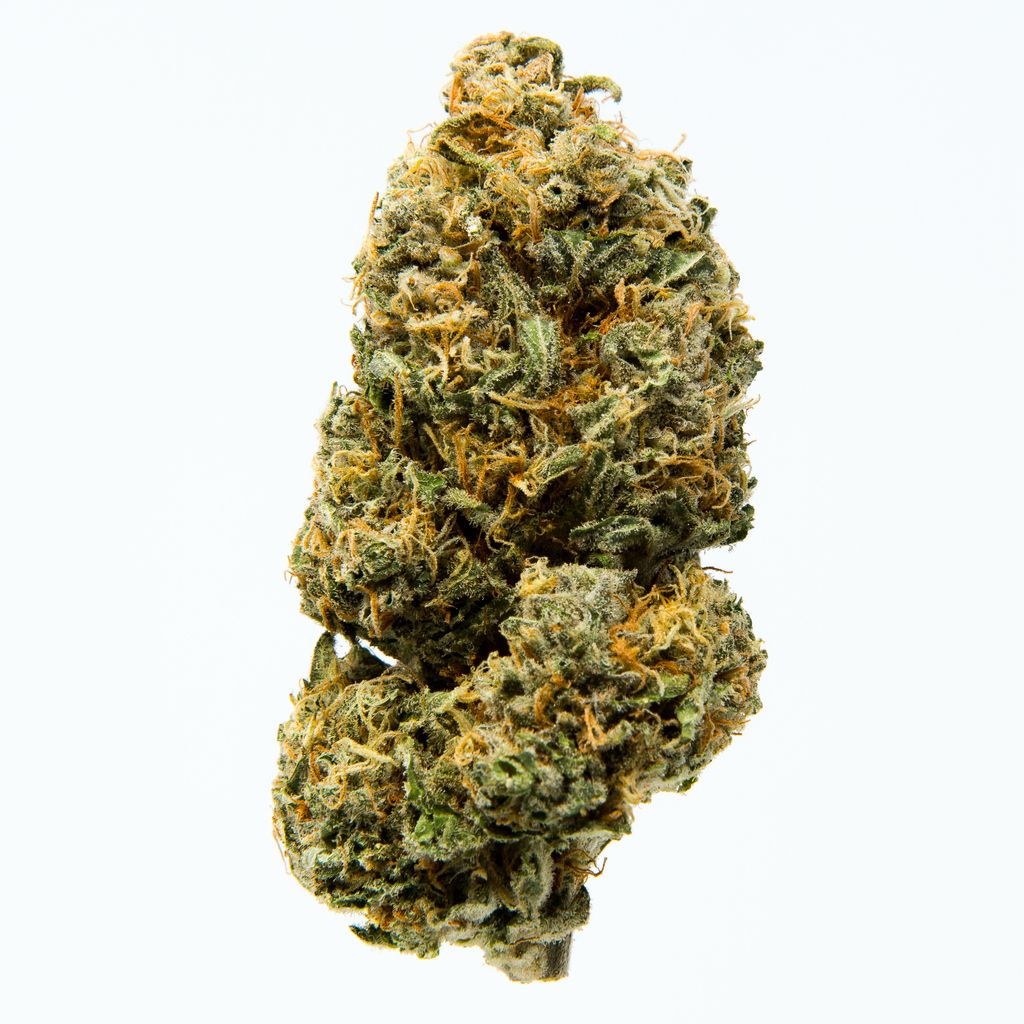