What you need to know about low odor strains of cannabis

Now that growing pot is both socially and legally acceptable in so many places around the world, the market is opening up, resulting in the creation of thousands of brand-new weed strains. This is great news for large scale cultivators and enthusiasts who want to grow a little extra to aid in the cost of the habit, but there are so many different kinds to choose from that it can be hard to know where to begin.

However, there are a few specific characteristic categories that weed strains tend to be divided by including size, environment, color, effects, potency, taste, and smell. Low odor weed strains are quickly becoming one of the most popular options on the market today, and we’re here to tell you what they are, and how choosing to grow these types of cannabis can change things for both the worst and the better.

What are low odor strains?

As the name implies, low odor strains come with a very minimal amount of smell when they grow, as they produce a far smaller concentration of terpenes or ones that are much less noticeable from a distance. However, this doesn’t mean that you won’t be able to smell them at all, as a more sensitive nose may be able to pick up on a particular aroma no matter which one you pick.

Is there such a thing as smell free weed strains?

Growing pot is often viewed as a smelly hobby that neighbours complain about. Just like smoking, it tends to leave a lingering cloud of obvious cannabis smell that is impossible to deny, but it doesn’t have to be that way. There are many great low odor strains on the market today, but there isn’t a single one that comes with no scent at all, as all weed strains naturally produce terpenes that produce the tastes and scents that we know and love.

In the same way, a fresh bed of flowers with very little smell can be detected when in full bloom as the wind blows just right, or cut grass that isn’t normally associated with a noticeable scent, low odor strains can flourish while flying under the radar of most people within the vicinity, but there will be at least a little bit of smell, as that is entirely impossible to completely avoid with the weed strains that we know about or have access to today.

Though some low smell cannabis strains may produce lower concentrations of terpenes, for the most part, it’s just that they create less noticeable ones. Smoking a big fat joint or concentrate from a low odor strain will still have just as much potential to taste good, it’s just that the more distinct undertones that you may be used to with normal weed strains aren’t likely to be as present, or detectable.

However, if you’re after a specific flavor of cannabis, it may be hard to find one that hits the craving among low odor strains, as the selections that are currently most recommended and available pale in comparison to the thousands of stinky types that are out there. So, if you do want to consider these kinds of cannabis as an option, then you can’t be too particular as far as taste is concerned.

Most cannabis enthusiasts associate the stinky smell of fresh buds with potency and for a good reason, as those weed strains tend to be the ones with the highest concentrations of the most therapeutic terpenes, which are believed to work in conjunction with cannabinoids such as CBD and THC. This helps in certain situations where a terpene is useful against a specific symptom a person may be having.

Unfortunately, when it comes to low odor strains, they tend to be less potent than their smelly counterparts, and they come in fewer terpene profile choices, so if you do use them, be sure to investigate the estimated cannabinoid contents long before you invest in any seeds, so that you don’t end up disappointed after all of your hard work.

Why you may want to consider low odor strains

The pungent skunky smell of fresh growing pot might be amazing to you, but there are numerous reasons why you might want to avoid it in certain situations.

Growing outdoors: If your neighbours are close enough to smell your garden, then they may complain because they simply don’t like it, and if you cultivate your cannabis plants out in the open, the smell alone could be a dead giveaway for passing thieves who may want to steal them.

Growing indoors: Nowadays, so many people live in close quarters with others. Whether it’s a roommate, siblings, parents, grandparents, or neighbours, it is important to consider those around you, especially when you share a wall that smells can travel through with ease. For those who reside in an apartment building or other shared residence, growing low odor strains may be the only way to avoid annoying others with your hobby.

Whether you’re looking to start growing pot without the stink, or you just want weed strains that can be enjoyed with a bit of discretion, these low smell types of cannabis might be just the solution you’ve been looking for. 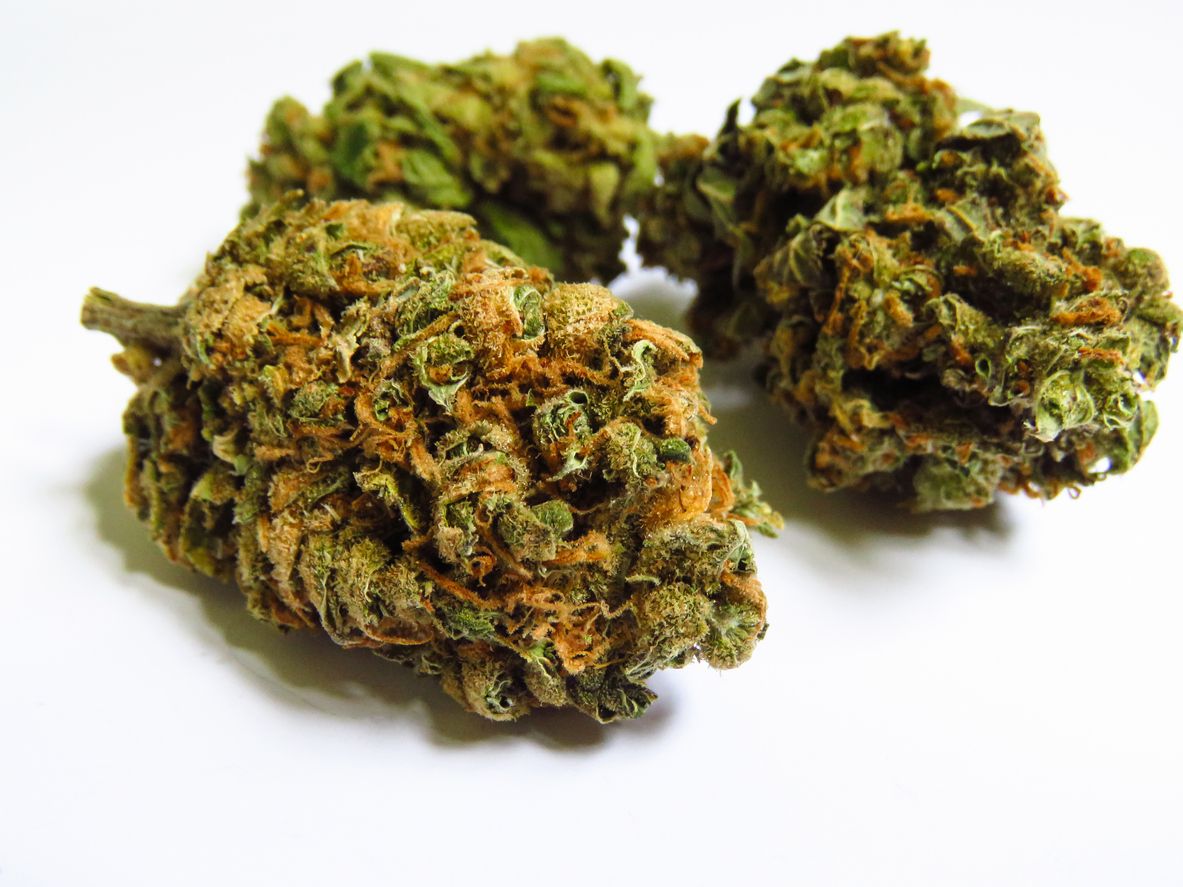 Canadian based company to produce weed that does not smell

CannabCo, which is located in Brampton, Ontario, Canada, claims to have developed a technology that can remove what, to some, is an offensive odour. ...