Smoking weed these days isn’t quite the same as it was back in the ’60s or even before then, as cultivators have worked tirelessly for years to produce the most potent cannabis strains in the world. Many of which weigh in at an average of 30% stronger than their predecessors, which results in a much more intense experience for the consumer. This quality is helpful for both recreational and medical users, as it is perfect for relaxing at the end of a long day, and for relieving uncomfortable bouts of pain that are challenging to live with, but do you have any idea why smoking weed produced this type of effect?

The importance of tetrahydrocannabinol (THC)

A lot of people know that certain weed strains will get you really high, but a surprising number of consumers have no idea why it produces such an intense effect. Cannabis produces two primary cannabinoids that we have researched most, and they are cannabidiol (CBD) and tetrahydrocannabinol (THC). CBD is non-psychoactive, which explains when an individual takes cannabidiol infused products, they don’t get high. The essential ingredient for a euphoric experience is the psychoactive cannabinoid tetrahydrocannabinol, which tends to be found in the highest concentrations amongst weed strains that are most popular for recreational consumption.

One of the oldest, most popular and most used methods of ingestion is smoking weed, but what if we told you there was a way to intensify the euphoric sensations, and even make them last longer? Indeed, pure dry buds that have been rolled up and burnt can certainly provide an enjoyable effect, but it is fast-acting and quick to leave the system. The reason that a buzz typically only lasts for a couple of hours is that it is immediately absorbed into the bloodstream through small vessels that line the lungs. Since it is all forced through so quickly, the results also wear off just as fast.

How to get the most intense high from cannabis

If you are looking for more bang for your buck, then you might want to consider a new popular alternative to smoking weed, like edibles. When you ingest marijuana edibles that have been infused with high THC weed strains, the tetrahydrocannabinol takes awhile to make it to the bloodstream. That connection doesn’t occur until the edible makes it to your stomach and is absorbed through your stomach lining, which can take up to 2 hours.

Now we aren’t entirely certain as to why, but the human body appears to process cannabinoids much slower this way, so instead of a couple hour-long buzz, you could be intensely high for up to 12 hours after the initial ingestion. Another interesting thing happens when you eat edibles, and it is an intensified high, so even if the consumer ingests the same amount of THC as they would have through smoking weed, the sensations are enhanced. So if you are looking for the strongest buzz out there, then you might want to consider an ingestible cannabis product instead.

Whether you plan on smoking weed or using edibles, you will want a high THC strain for the most potent and soothing experience. Though we would not recommend any of these weed strains if you have big plans ahead in the day, if you have several hours to sit back, relax, and just enjoy being high, then you’ll definitely want to check out these top 20 weed strains for euphoria. 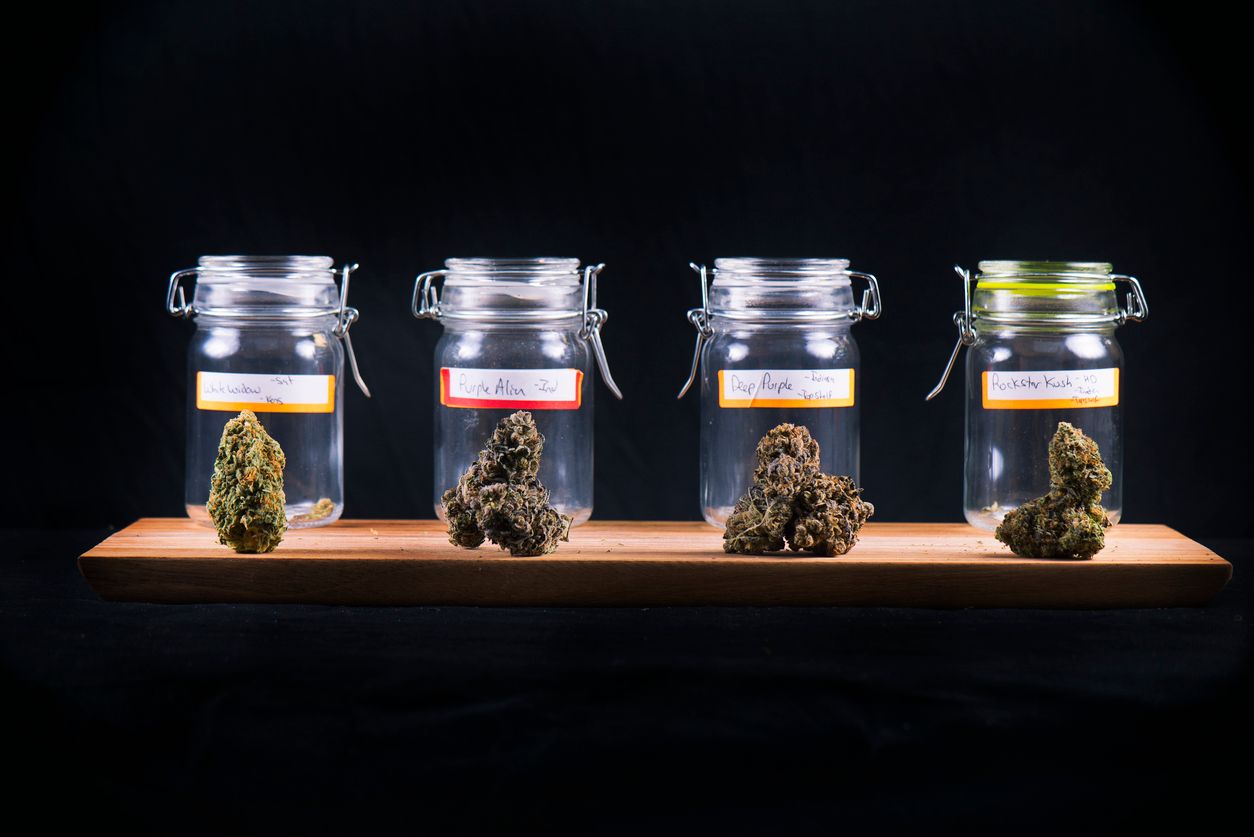 Some of the most potent smelling weed strains in the world

Not everyone has an appreciation for the pungent scents that often accompany the weed plant, but those that do seek out the best and strongest there is....