The 5 best ways to use Hash Oil

If you’ve scored yourself some top-notch hash oil and is wondering if there are some neat ways to use it that you haven’t thought of, then this is the place for you. A lot of people fear trying new marijuana products, as they aren’t entirely sure how to use them, or if they will enjoy them. Hash oil is incredibly versatile, and while most stick to smoking it, there are some other neat ways to experiment with this cannabis concentrate.

Smoking marijuana is the most commonly used method of ingestion, and it includes devices like pipes, bongs, blunt wraps or rolling papers. Though it is impossible to roll an entire joint out of hash oil, it can be combined with dry herb to keep the thick cannabis concentrate burning.

This can be done by adding a small amount of hash oil to a paper before rolling a joint, or by dripping some of the hash oil over the top of a fresh bed of herbs in a bowl. When lit, it will ignite both the flower and the hash oil, as it drizzles through the layers of cannabis. The only trouble with this method is, the bong stems and weed pipes will get clogged, therefore the tools used will be requiring regular cleaning.

If you aren’t into some of the latest cannabis technology, then you are probably asking yourself,’ what is dabbing?’ This new age method of ingestion may sound like the ‘dance’ move, but in practice, it’s one of the best options for cannabis connectors who enjoy the flavors just as much as the high.

To use hash oil for dabbing; a small amount, which is at this point is referred to as a dab, is placed onto a superheated nail, where it is instantaneously vaporized and delivered to the user in one large hit. The downside to this method is that only one small hit can be taken at a time, and it takes patience to wait for the surface to get heated with the perfect temperature.

Hash oil can be vaped in one of two ways, it can either be used in its pure form in a vaporizer that comes with a concentrate tank or by turning it into THC vape juice for use in a smaller e-cig type design. Vaping pure hash oil is excellent for preserving the flavorful terpenes, but it can be harsh on the lungs, especially if you aren’t used to smoking.

THC vape juice, on the other hand, offers the benefits of additional flavors, consistent dosage and a smoke-free result that is much better for your lungs, but that’s not all, vaping is quickly becoming the most popular method of consumption thanks to its reduced smell which keeps your consumption discreet.

Tinctures are one of the least popular THC products due to its lack of flexibility and obvious taste, but marijuana tinctures are a great way to make your hash oil go further. This cannabis concentrate is made by using alcohol to break down the cannabinoids within the hash oil, somewhat watering them down, resulting in an easy to take dosage and measured liquid THC drink.

Cannabis tinctures can be taken pure, added into drinks like smoothies, coffee or tea, or combined with wholesome, from scratch recipes to create delicious THC infused edibles. The downside is that the alcohol base is always present, unlike other solvents, it houses the cannabinoids for transport, so it will always have a stronger smell and taste.

Many users assume that cannabutter or cannabis oil is needed to make homemade edibles, but it is much simpler than that. Though using a processing method that removes the unnecessary plant matter is helpful for texture, hash oil doesn’t have that same problem.

Hash oil can be added pure or used as a base of infusion for a more complicated butter or oil recipe that will store safely in the fridge for months while you think of exciting ways to use it. The trouble is, once hash oil has been made into one of these ingredients, there is no going back, and it will no longer be smokable or can be vaped. 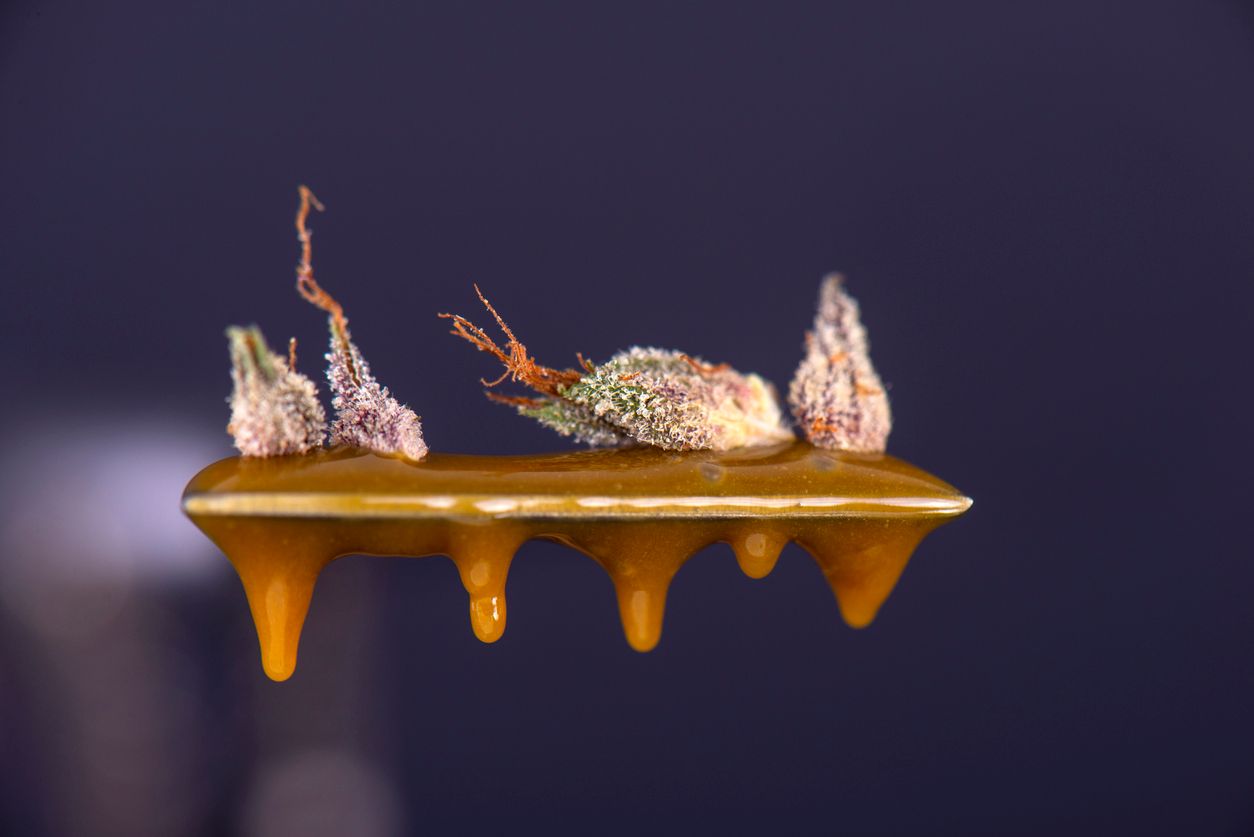 How to make hash oil

Hash oil is one of many cannabis products that can be used for pain relief and other therapeutic effects. The hash plant is a strain that is indica dominant...