In Strains and Products
Updateda year ago6 min read

Now that cannabis is such a hot topic, particularly among younger generations who spend a good chunk of time on social media. The hunt for the best picture is on. Everyone from social media influencers to regular everyday stoners is looking to get a perfect profile picture or most liked post, and it’s getting harder by the day to compete. Many revert to the good old plant photos to show off their skills as a cultivator or consumer, and cannabis has so much beauty that is just waiting to be captured.

If you’re here, chances are, that you require some inspiration to get the creative juices flowing, and luckily for you, we’ve got just the thing to help you get started. Here, you’ll find a useful list of the top ten most photogenic cannabis products that range from the bare basics to some of the most exotic options on the market today. Along with a range of different tips and tricks that can help you to capture each one perfectly.

Cannabis flower is the most widely used product on this list, which is often why so many photographers focus on this part of the plant. Where it is immature or fully developed, the colorful and sparkly nugs are highly prized possessions that photograph well. This is true for both fresh uncured cannabis flowers and the aged and perfectly trimmed varieties. If you want to be really artistic, you can take pictures using a microscope, to reveal the magic that’s just beyond reach for the naked eye.

The universal symbol of both stoners and medical patients everywhere is a giant pot leaf, and they are often overlooked by both consumers and photographers despite all that they have to offer. They might not sparkle and glimmer in the light, but a bright and bold pot leaf will stand out against any background and act as the perfect accent for almost anything you can think of. In a frame on the wall, tucked away in a hairpiece, or strewn around other cannabis products for extra effect, a single cannabis leaf works best.

Kief is the dust that collects in grinders, and it is often gathered to be used in the making of other concentrates using ice or sifting screens. Most cannabis consumers know it as the powerful punch behind every bud, but it is rarely featured in photographs. At first glance, this powder might not look like anything special, but once you get it under a replicative light, you’ll see the sparkles of the trichomes scattered among other cannabis plant matter, and it’s a magical sight.

Shatter is a very popular cannabis product now that dabbing and vaping have taken the world by storm, and it’s typically wrapped away in a bit of parchment paper for protection rather than put out on display because if it gets too warm, it becomes sticky. However, this can really work to your advantage if you’re looking for stunning shots. Shatter can be molded into different shapes for fun or wrapped around a joint or blunt wrap for a one of a kind roll, either one is likely to produce pictures that you’ll be eager to share.

Moonrocks are highly praised, but also one of the least likely cannabis products to be found at a dispensary. Making them a rare treat, if not a distant dream for many consumers, so when they do get the opportunity to see one, it gets them excited. They are also camera-friendly since you can experiment with different shades of kief and types of concentrates for unique and one of a kind effects every time. Allowing you to capture the whole rock or cut into one to reveal the hidden layers beneath.

THC diamonds are one of the most expensive, hardest to make, and most difficult to find cannabis concentrates on the market today, despite their popularity; their cost makes them a rarely produced commodity. However, if you can find some, there is nothing more magical than a close up of these naturally derived gems. They will shimmer and shine, or sprinkle across a surface, like bits of glass, and they look so strange in comparison to most traditional pot products that they almost appear to be fake.

Vaporizers and vape juice are their own niche section of the market with a large customer base, and a lot of the draw comes from the show of it all. Though, some users prefer vapes as a replacement for smoking joints, the majority of their popularity comes from the massive clouds of smoke that they produce. This happens to be fantastic for doing tricks and taking some really stellar photos. This effect really pops in front of a dark background, and it’s an enticing image for any stoner.

Honey oil is usually stored in a perfectly sealed glass container to preserve the cannabinoids within and to avoid leaks that can be hard to clean up. Perhaps, because of this, very few people think of this cannabis product as photogenic, but what it offers is different than most others on this list. Shatter you can shape, but honey oil, you can twist and stretch into intricate webs and designs. So, with a bit of imagination, it can be turned into a piece of art that is worthy of capturing on film.

There are many different types of hash out there, but there are only a couple of them that are pretty to look at, and those are Lebanese hash and fresh-pressed hash. Lebanese hash has a lush red glow, and it can be sliced or shaped in any way that you like. Its appeal is mainly due to the color. But pressed hash can sparkle just like crystal-covered buds or freshly sifted kief, and those small bricks are enough to make any cannabis enthusiasts drool.

If you’re aren’t familiar with moonrockets, the term might sound like something from out of this world, but they’re actually an amazing combination of cannabis products all rolled into one. They can be made using papers or blunt wraps filled with fresh herb, coated in a potent cannabis concentrate, like honey oil, and dipped in a bath of kief for a triple-layer threat. Most would agree that with a careful touch they can look amazing. Not to mention, the cloud that’s produced from one burning is just as great if you’re looking to photograph something that’s both unique and inviting.

Once you’ve settled on a few of these pot products to try, it’s important to remember that things like light, camera quality, and filtering equipment can go a long way in helping you to obtain the perfect photo, so make sure that you’re prepared for the task at hand if you want to achieve the best results. 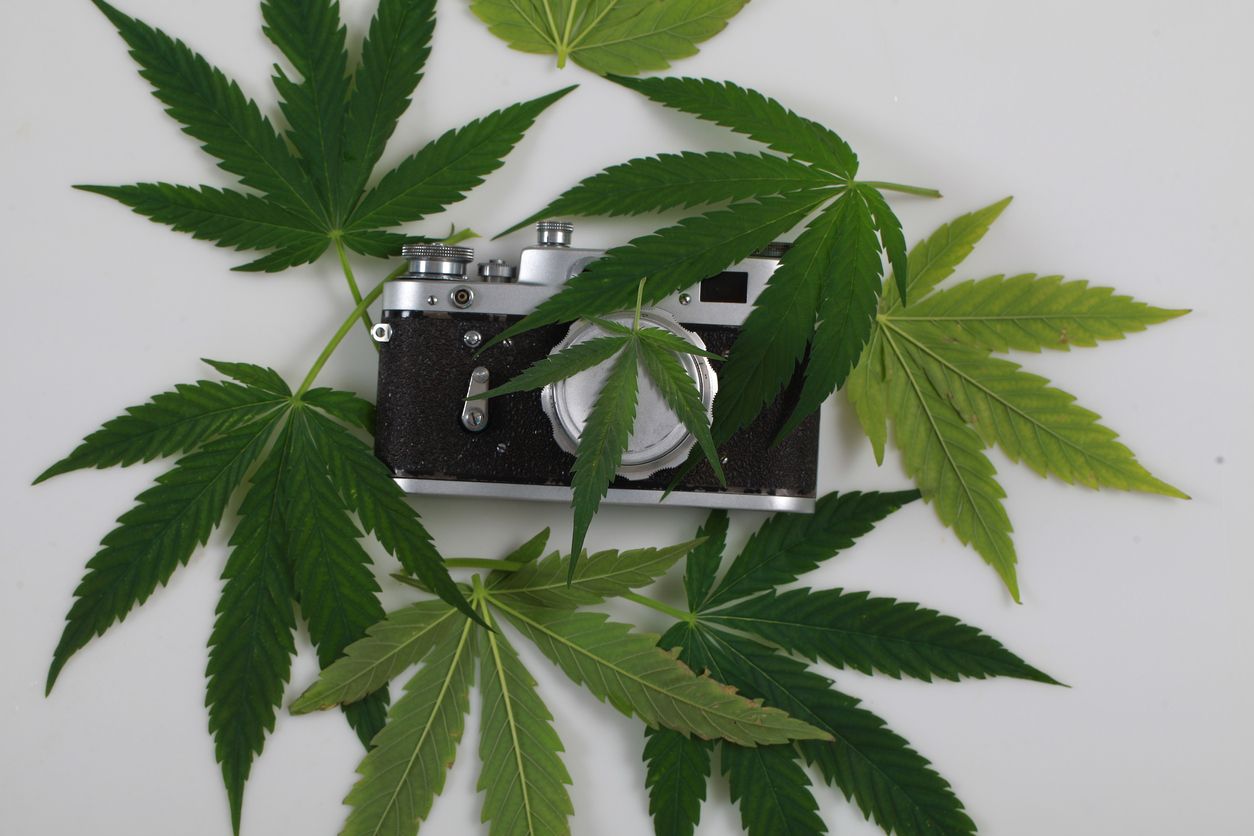 What better way to experience the journey of cannabis than through the lens of a camera?...