Brand new cannabis strains are created every single day, and many of those breeds go undocumented and unnoticed, but that isn’t the case for all of them. There is always a handful of marijuana strains that stay consistently in the public sphere of consumers and enthusiasts, and each one comes with unique benefits and potential drawbacks depending on the type of experience that you seek.

The Blue Dream strain is one of the rare gems that seem to march itself into the very fabric of time by making an unforgettable impression with marijuana users from all over the world, and it doesn’t appear to be going anywhere anytime soon. So, what makes Blue Dream stand out amongst the many different varieties of cannabis? Well, the answer might depend on who you ask, but the feedback from users who have tried Blue Dream weed is overwhelmingly positive, leaving very few disappointed consumers behind.

What is the Blue Dream strain?

Blue Dream is a hybrid cannabis strain that contains the genetics from both Indica and Sativa genetic lines. It is believed to have originated in California and has grown in popularity due to its full spectrum effects that can help with nearly any reason that you might have for ingesting weed.

8 reason why you should try the Blue Dream strain

Though we have touched on a couple of the broader explanations behind why Blue Dream has gotten so popular since the beginning of 2019, here, you will find the nitty-gritty details of what both consumers and patients are saying about their love for this cannabis strain.

1. Less taste when making edibles
The sweet undertones that are present in the Blue Dream strain complement almost any edibles dish and leave behind a milder marijuana taste that so often accompanies cannabis-infused goods.

2. Delicious flavor
Blue Dream is a wildly flavored marijuana strain that boasts a subtle berry, blueberry and sugary sweet taste that is perfect for anyone with a sweet tooth. The mild berries also seem to make the smoke easier to both inhale and exhale making joints, bowls, and even vaporizers easier to toke from without losing a lung, making it ideal for both experienced and beginner consumers.

3. Aromatic smell
Some scents can energize and other sedate, but Blue Strain weed has a sweet berry smell that can help to perk you up, improve your mood, and keep you energized throughout your day to day activities.

4. Potency
Though some people consider the best weed strains to be the most potent varieties, others prefer a level and manageable effect. The Blue Dream strain boasts a surprisingly average 17% THC, but consumers say that it performs just as well as other stronger cannabis strains with a higher THC average. It is believed that this is largely due to the CBD content that can be found in this type of marijuana.

5. Medical benefits
Growers have been selectively crossing cannabis strains for many years, but the unfortunate side effect of that practice had taken place for so long without proper knowledge on the elements of marijuana is that mistakes happen. In this case, the genetics that included high levels of CBD were nearly eradicated, as the THC content was most in demand on the black market by recreational consumers that had no idea about the benefits of cannabis.

The Blue Dream strain is one of the few weed strains that exist today that produces a fair amount of both cannabinoids. Average CBD content in this type of marijuana runs between 1%-2% which might not sound as impressive as 17%, but when THC and CBD benefits combine, they boost each other and help to enhance the entire experience for both medical and recreational consumers.

6. Availability and price
Blue Dream weed has gotten popular at a lightning pace, and sellers of cannabis products have been paying attention. That acknowledgement led to this marijuana strain becoming the most popular type of pot in 2019, which is the reason why you can find Blue Dream or weed products that have been made with it at nearly every cannabis dispensary across the globe.

7. Easy to grow
The Blue Dream strain is an Indica leaning hybrid which means that it offers the best of both worlds when it comes to both effects and growing. The result is a thick and bushy marijuana plant that can grow in nearly any climate, and that includes those with low humidity. That makes it perfect for growers that cultivate for both personal consumption or to supply the nation, as a hearty plant means a more reliable yield.

8. Larger than average yield
Blue Dream is a combination of both Indica and Sativa strains, so how it grows is a mystery to most consumers. Therefore, whenever you buy your next bag of Blue Dream buds, take a look, you will notice that the colas are massive, especially when compared to most other common marijuana strains.

Blue Dream plants can also reach an average of 4 feet high, and when those characteristics are combined, it results in a hearty provider come harvest time. That makes the cannabis products themselves cheaper to make and buy which is a win-win no matter which end of the spectrum you find yourself on. 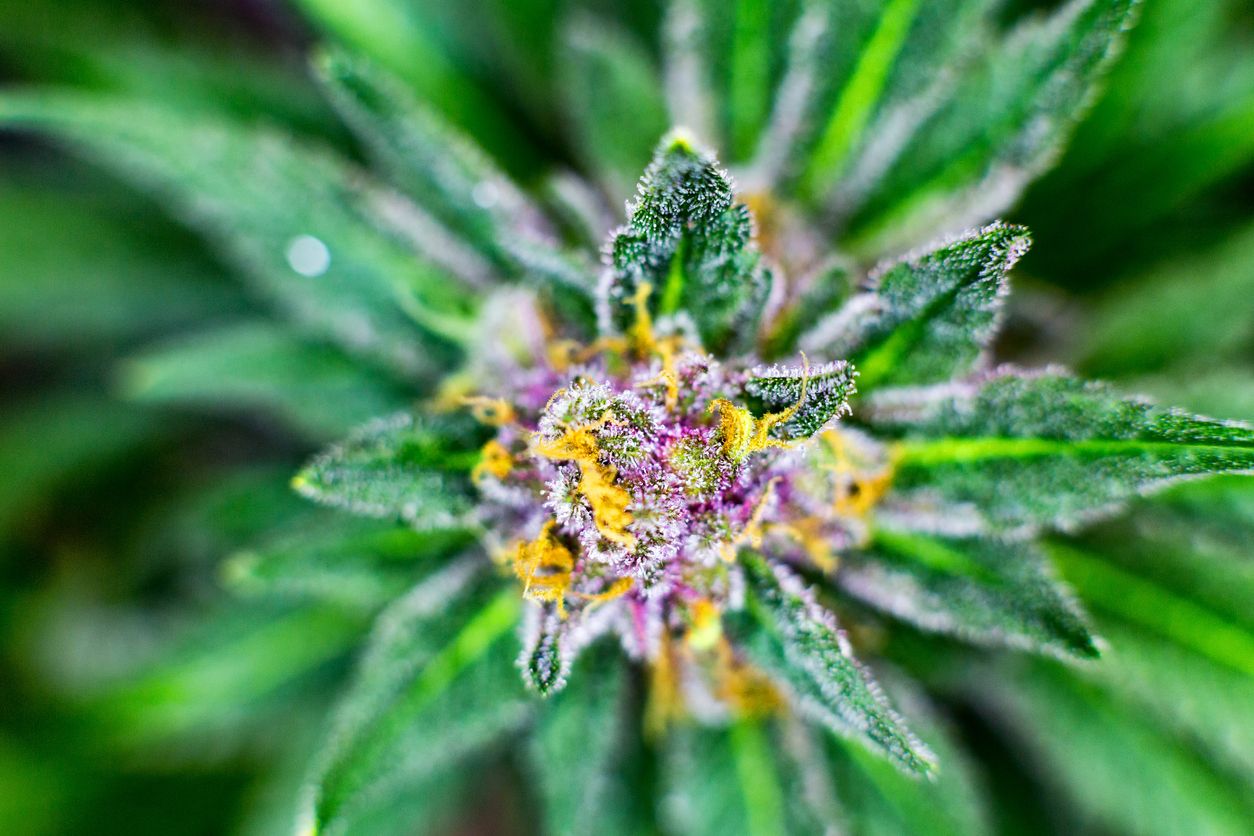 Consumers will quite often select the best weed strains according to taste, smell, effects or potency, but growers have an entirely different perspective....