In Strains and Products
Updated3 years ago6 min read

Edibles have become a hit on the market, but despite that, we still have very few legitimate options to choose from, and those that are available can get expensive if you have to rely on them all the time, which is why we highly recommend that everyone learns how to make edibles. The trouble is that not everyone has access to the right tools or confidence in their ability.

Instead of taking on the whole project from scratch which can be time-consuming, especially if you’re caught in the moment where you want edibles and don’t really have time to wait around, why not consider a slightly different alternative? Many of which you can buy from a dispensary, or make, and then they can be stored away and used when you need a good dose of edibles the most.

Out of all of the things that you could infuse with cannabinoids, cannabis-infused chocolate will be one of the best choices because it can be used virtually anywhere for an extra potent punch. You can break it up and bake it in cookies, muffins or cakes, or whip up a batch of waffles and toss them in, and if you aren’t feeling like cooking at all, then you can always grab a chunk when you feel up to it because weed chocolate tastes just as great all by itself.

Honey that is plentiful in cannabinoids is another incredible ingredient to keep in the kitchen for edibles, as it ages well, holding up in storage for several months at a time, tastes great, covering the plant taste quite effectively and it works in almost every recipe that you can think of. A teaspoon can be added to all of your favourite sauces, stir a dose into a hot coffee with ease, or add it to any kind of baked goods, and you’ll hardly have to adjust the recipe at all, which makes it super easy to use for both beginners and experts in the kitchen.

3. Cannabutter
Cannabutter is one of the most popular ingredients used in edibles, but the truth is that the taste can be a bit much if you use it in larger amounts. Despite this unfortunate trait, cannabutter is great in most other ways. It’s easy to use, high in fat so it tends to produce more intense effects, and it’s easy to keep stored away in the back of the fridge for a rainy day, and that’s why it’s a go-to option for many cannabis enthusiasts who want to make edibles.

Cooking oil is a trickier cannabinoid-infused ingredient because there are so many different types to consider. Options like olive tend to have a lower fat content, so they aren’t going to be quite as potent as a high-fat alternative. The type of oil that you choose can somewhat limit your options when it comes to making edibles, but if you pick one like vegetable oil, then you can work it into all kinds of baking, sautéing sauces, and more.

Crystals AKA diamonds are a relatively new innovation, and they are one of the very best ingredients for making almost every kind of pot-infused food that you can think of. This powdered cannabis concentrate is one of the few that produces absolutely no taste, and it dissolves the moment that it comes in contact with a liquid, which means that you could stir a bit into a cup of water, add some to batter or dough, or use it to infuse a sauce in the same way that you’d spice something with salt, only instead of taste, you’ll get a hit of potency with each shake.

It might sound a little funky at first, but cannabis milk has grown in popularity over these last couple of years, and it’s a really neat pot-infused ingredient to experiment. This is one of the only ways to make a bowl of cereal into edibles within seconds aside from baking yourself some cannabis cereal from scratch. You can also use it in your coffee or tea or slide it into your baking as a replacement for regular old milk. The only downside is that it doesn’t have a long shelf life, so it does have to be used up within a few days of making it.

The distillate is the most commonly used ingredient for gummies because it is cheap, pre-activated, and really easy to use, and it’s also relatively easy to find at a dispensary which is a bonus for those who don’t want to make their cannabis ingredient from scratch. The trouble is that is doesn’t taste the greatest, but if you don’t mind the taste of weed, or you have a goal that requires maximum potency, distillate might be the solution for you.

Tinctures are pretty fantastic, but they aren’t the best choice for most edibles recipe, as they have an alcohol base that doesn’t compliment every flavor out there, but they are perfect for whipping up some cannabis-infused cocktails, as a filling addition for homemade cream chocolates, and goes quite nicely with a good barbeque sauce too. The biggest feature of this choice is that it lasts forever in storage, but if you’re not a fan of alcohol, then it might not be the best choice for you.

The sweet and sour flavors that make up all of the best jams do a really good job at masking any strong cannabis flavors that sometimes plague edibles, which is probably why jam is a favourite among so many cannabis enthusiasts. It’s also good for so much more than spreading on bread or toast, as you can add it to barbeque sauce for a tangy twist, drop a dollop into pancakes, muffins or cakes for a bit of flair, or enjoy it straight off the spoon, and it will always be delicious.

10. A jar of decarboxylated bud

A lot of people are under the impression that they need some sort of magical cannabis product to make edibles, but the reality is that all you need is some decarboxylated herb. That’s right, though it’s a rather old school way of doing things that can slightly alter the texture of a recipe, all you need to do is sprinkle some into burgers, pastries, cookies, and anything else that you can think of and, voila! Everything you make will be cannabis-infused just like that.

Now, if you’re looking at this list and wondering where to start, just remember that you can find how-to’s and easy recipes for every ingredient here in the recipes section of our website. So, save yourself some stress, pick something random, and try it out, because it really doesn’t get any easier than this. 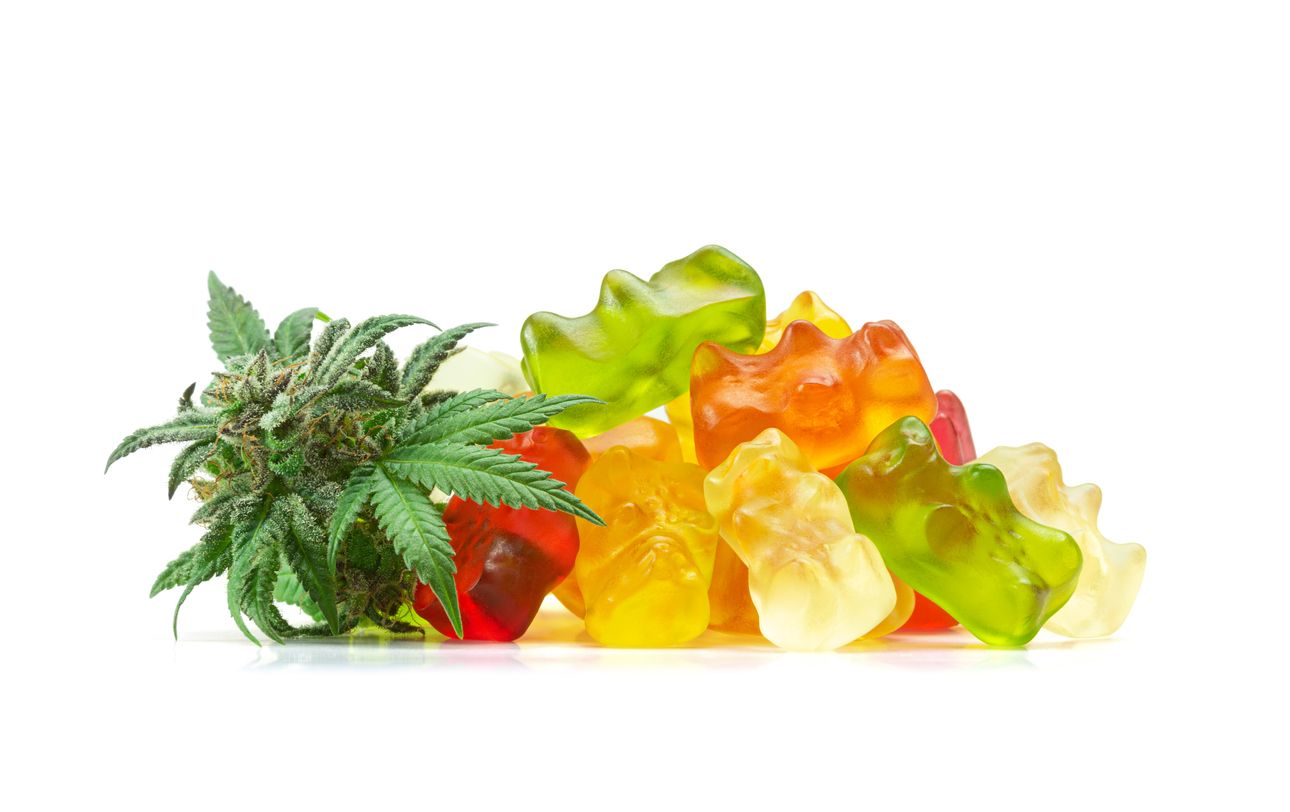 Accidental ingestion of THC edibles is no laughing matter

Most of us know that these kinds of experiences are ones that you want to be prepared for, and aware of, long before they happen....