10 Cannabis concentrates that make a great addition to any joint

In Strains and Products
Updateda year ago6 min read

If you’ve found that you're growing tired of hauling off of a regular old joint or spliff, then it might be time to take things up a notch. Some people might find that idea off-putting, but you don’t need a whole new device or method of consumption to enjoy a better buzz. All you really need is access to a few cannabis concentrates that can breathe some new life into your regular rolls, and the knowledge of how to use them the most efficiently.

All of these cannabis products are names based on their texture and consistency rather than their method of extraction, as they can all be made the same way. Some extraction processes are more likely to result in these products, but the most commonly used is a solvent. Wax budder and crumble are nothing more than super refined BHO, turning the concentrate into something that breaks or crumbles apart when you touch it. To add them to a joint or spliff, you’ll need to break them apart, and evenly sprinkle a small amount on top of dry herb, because alone, they’ll simply melt and refuse to burn.

Live rosin is one of the most highly regarded cannabis concentrates on this list, as it goes through a solventless extraction process to become a liquid gold that contains only the best of the cannabis elements such as the cannabinoids and terpenes. It is generally a pressed byproduct of bubble hash, and it is incredibly potent even in the smallest amounts. Since it is a liquid, you’ll have to be careful of how much you add to a joint, but a thin layer on the inside of the paper should be just enough to give some extra kick to your roll.

Terpenes are the natural oils that are produced by cannabis plants, and they are primarily responsible for the smell and taste of each strain. Though these elements are difficult to extract and not psychoactive on their own, they can be found in large concentrations in cannabis products like terp sauce, and they’re known for enhancing the effects of cannabinoids like THC. To add terp sauce to a joint or spliff, you can either spread an even amount on the inside of the rolling paper before you twist it or drip and few drops along the top of the herb in an already filled paper or wrap.

Honey oil is another solvent extracted cannabis product, and the processing makes it so that a lot of the flavor goes out of the window, but in its place, you’ll have a potent dose of cannabinoids like THC and CBD. For this reason, a lot of consumers like to mix it with weed so that they can take advantage of the strength and still enjoy some flavor, and like with other liquid cannabis concentrates, all you need to do is spread a little on the inside of a paper before you roll it up with a bit of herb.

Kief is often considered to be the very best cannabis concentrate to add to joints for an extra kick because it’s really easy to get, it’s mess-free, and it includes all of the plant’s elements that you know and love. Kief is full of cannabinoids, but it also holds all of the plant's trichomes, which is where all of the most powerful cannabis elements are found, and it’s a powder so you can add a whole lot to a roll before it begins to hinder its ability to burn. All you need is a pinch or two that can be gathered from a grinder along with a small amount of bud grind, and you’ll feel like you’re smoking a brand-new product.

THC diamonds cannot be extracted by the average joe, as they require a complex, several step long process that must be performed under pressure and include several different solvents and washes. It’s complicated and time-consuming, and the result lacks taste, color, or smell. It is essentially THC in its purest form and its dry sort of like granulated sugar. These little gems can be added to any cannabis concentrate to increase the potency, and they can be placed inside of a joint alongside a pinch of cannabis grind in a joint or spliff for a potent session.

There are dozens of different types of hash, but they are all made using a solventless extraction process, so they are pure and chemical-free. Some types burn quite well and can make up a whole joint on their own, like those that are pressed together using machine shavings, while others are thicker like a playdoh, and those will need to be watered down by breaking it into tiny balls and mixing it with bud to stay lit. Hash is amazing for the taste, and it’s an excellent choice for anyone without too high of a tolerance as it holds an average of 30%-50% THC, which is enough to provide a good glow for a moderate consumer.

BHO, aka butane hash oil, is a thick black viscous cannabis concentrate that sticks to virtually everything that it touches. It’s made with a solvent like isopropyl, alcohol, or butane, and it’s the cheapest of all of the cannabis concentrates because we aren’t entirely sure of its safety, yet still, cannabis enthusiasts love it because it packs a powerful kick in a small bottle. BHO can contain as much as 80% THC, and it can be easily spread on a rolling paper or wrap right before rolling your spliff or joint if you’re looking for something different that’s affordable to try.

Cannabis distillate is favored by those who don’t smoke because it’s a pure activated liquid cannabis concentrate that can be eaten without applying heat first to get high, and it comes with no taste or smell, and a relatively high average THC content that ranges between 95%-99%. Though smoking cannabis distillate is a practice that is most recommended for seasoned users due to its strength, it only takes a small drop or drops inside of a roll to take yourself to a whole new level without having to buy a new device or settle on a less enjoyable method of ingestion.

Shatter is generally the result of a thoroughly refined honey oil or BHO, and it is hard just like glass hence the name. It is favored among those who enjoy dabbing for its potency and taste, but it can be difficult to smoke without a fancy device if you don’t know what you’re doing. If you want to add shatter to a joint or spliff, then you’ll need to break a small piece into tiny shards and spread them evenly across a bed of herb, so that when the hot coal makes it that far, they melt just enough to cover the green without closing off the airflow of the roll.

There are so many different options out there that there is no longer any reason to settle for less, so make sure you get the experience you’re after by dappling in newer more exotic cannabis concentrates in your regular rolls. With all that there is to choose from, you’re bound to find the ideal addition to your daily session that will leave you satisfied instead of longing for more. 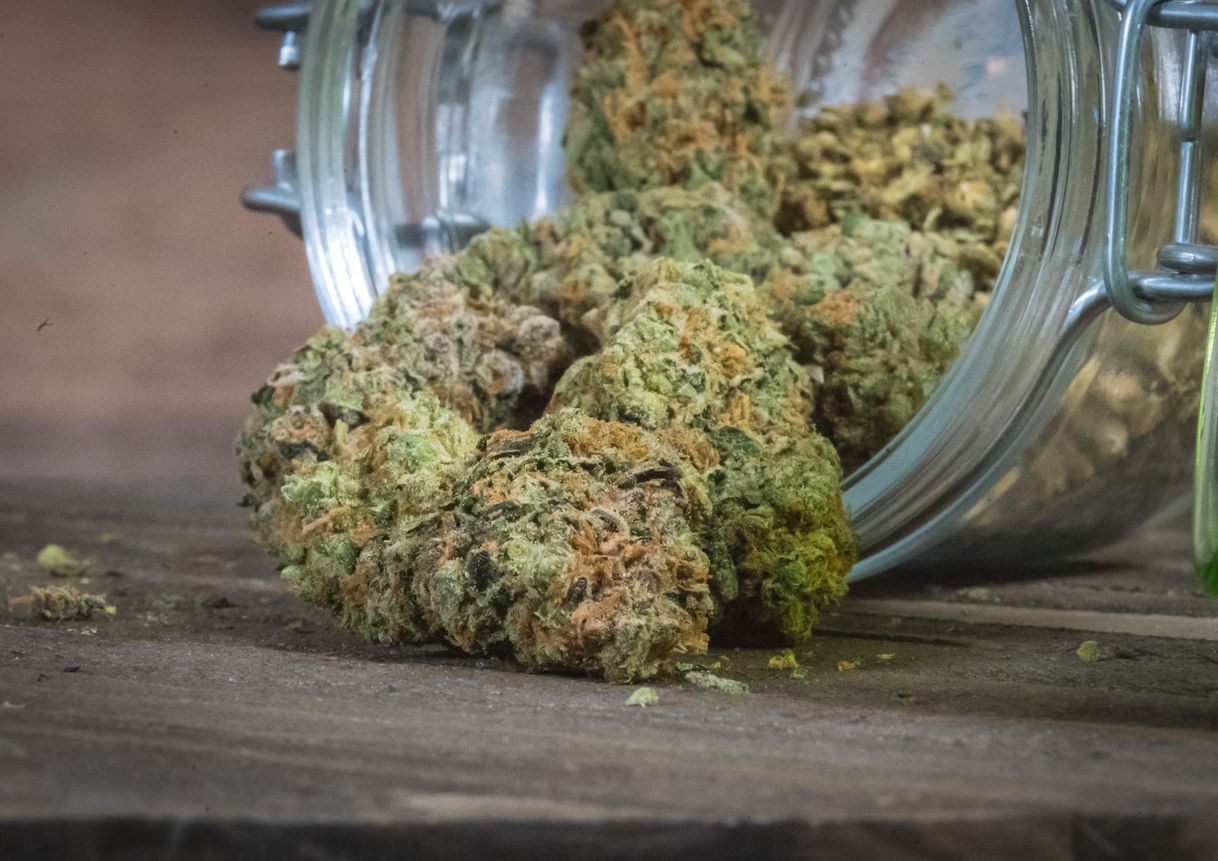 How to pick the best strains from your local dispensary

Do you find that a visit to a recreational dispensary leaves you feeling confused, overwhelmed, and ultimately disappointed?...